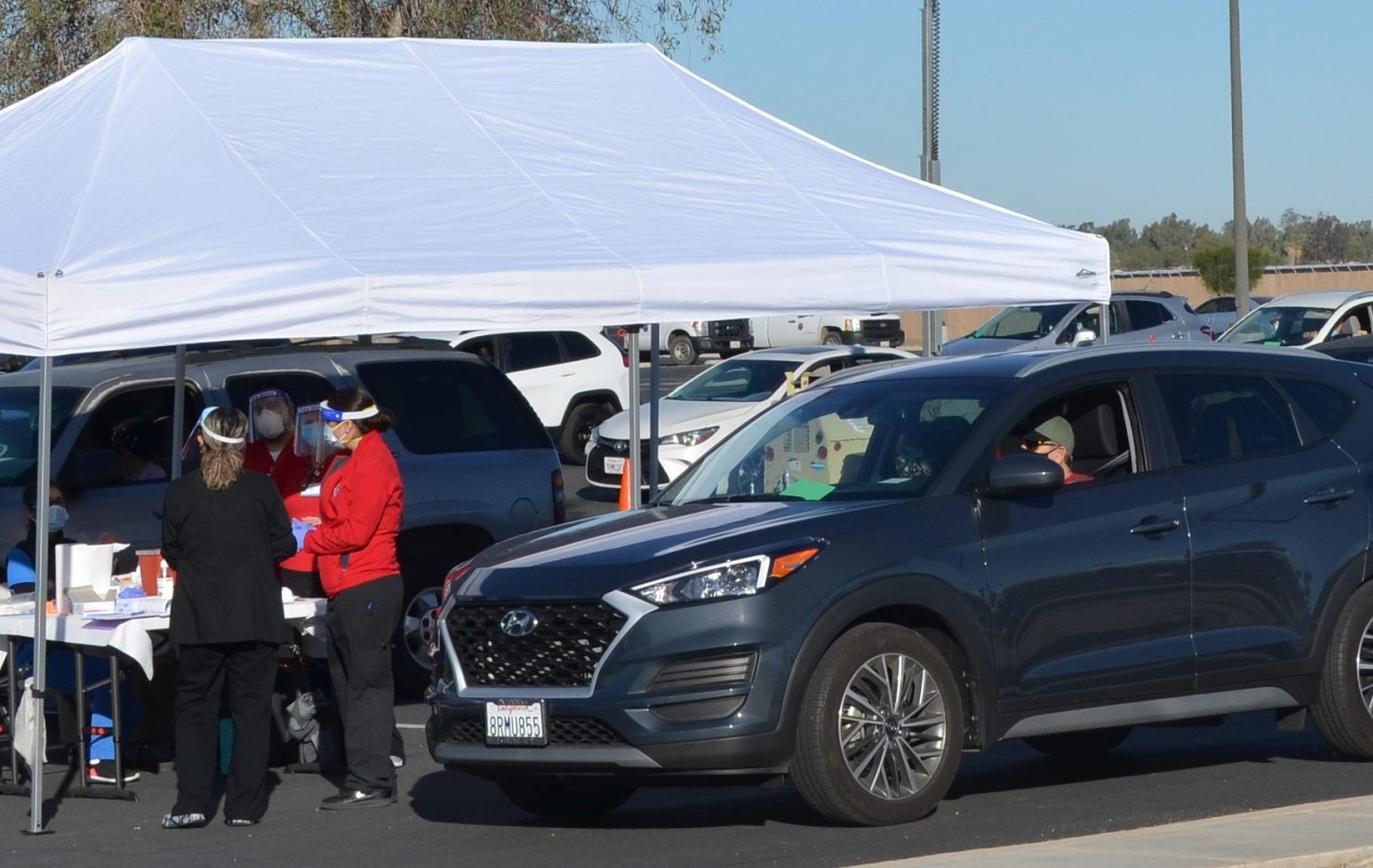 IMPERIAL — Eighty-two-year-old David Burns said he considers himself to be of sound health and someone who rarely, if ever, comes down with any illness despite his advanced age.

Additionally, Burns said he has yet to know anyone who has contracted COVID-19 and is someone whose trust and faith in a higher power has kept him from being overly concerned about the ongoing pandemic.

The Imperial resident was nonetheless among the first to receive a dose of the COVID-19 vaccine during a drive-through clinic organized by the county Public Health Department on Thursday, Feb. 4.

“I don’t want to get sick, so when they offered, I thought why not do it,” Burns said shortly after having received his immunization.

He was one of more than 1,300 local senior citizens who took part in the mass vaccination event at Imperial Valley College that ran from 8 a.m. to around 1 p.m.

The event represented the first such one to be organized by Public Health and was billed as a momentous milestone in the county’s ongoing battle with the coronavirus.

Indeed, county Board of Supervisors Chairman Michael Kelley’s remarks to local media during the event framed that ongoing battle in stark terms and acknowledged that local stakeholders have often felt outgunned by a “heavily armed” adversary.

“It seems like we’ve had BB guns and hand pistols to deal with the deadly enemy on the front lines, but now finally we have some artillery to assist us in defeating this horrible and terrible enemy called COVID-19,” Kelley said.

Aside from the condolences Kelley offered to those whose lives have been impacted by the pandemic, he also offered assurances that local officials are working tirelessly with state and federal officials to ensure the county receives an ample supply of vaccines to distribute locally.

The mass vaccination event was announced to the public by the Public Health Department on Wednesday morning, Feb. 3, via the agency’s Facebook page. Less than two hours after the announcement, registrations for a coveted appointment were completely booked.

The two different vaccines, from Moderna and Pfizer-BioNTech had arrived in the county on Tuesday, Feb. 2, and were reviewed on Wednesday to ensure they were not compromised, and made available to the public a day later, Public Health Director Janette Angulo said.

“It’s been a very quick turnaround from time of receipt to time of actual vaccination of individuals,” Angulo said during Thursday’s event.

As it did for Thursday’s event, the department is also relying on its partners to help notify local seniors of such large-scale vaccination clinics as they become available again in the future.

The department’s strategy, along with its recently launched “Help Us Help Them” campaign, is meant to address any issues of equity that may stem from many seniors’ unfamiliarity with social media, which Public Health had used to alert the community of its first vaccination event for seniors.

The Help us Help Them campaign aims to enlist the family, friends, and neighbors of senior citizens to help keep this vulnerable population informed of COVID-related events and developments.

“We understand there are access issues, not everybody has a computer or internet,” Angulo said.

She also offered assurances to the public that additional mass vaccination events are being planned for other parts of the county, even as local stakeholders deal with the uncertainty surrounding vaccine allocations.

Typically, state public health officials will notify the county every Tuesday of the number of vaccines it has been allocated. Sometime next week, the county is expecting about 1,775 doses of vaccine to arrive.

“We’re expecting, but we don’t know if they’re actually going to make it here,” Angulo said.

Plans call for those 1,775 vaccines to be administered to senior citizens and individuals who fall into tiers 2 and 3 of the state’s recommended prioritization list, which includes community health workers, those employed at primary care and dental clinics, as well as pharmacy and laboratory workers, to name just some. About 80 percent of those expected vaccines will go to those 65 and older, Angulo said.

Recently, the county and local municipalities had sent a joint letter to Gov. Gavin Newsom requesting up to 8,000 vaccines a week for the county, but have yet to receive any response, Angulo said.

The pandemic has taken a severe toll for Brawley resident Adrian Verdugo, who recently lost two members of his extended family due to COVID-19.

It has also kept him and his siblings from visiting their elderly parents as often as they had and would like to.

“We do stop by but as little as possible,” Verdugo said as he sat in his car with his 82-year-old mother, Concepcion Verdugo, in an IVC parking lot designated as an observation area to assist any individual who may have developed an adverse reaction to the vaccine.

Verdugo said Thursday’s event was the first one that he and his siblings had attempted to register their parents to attend. His sister was scheduled to bring their father to his vaccination appointment at IVC later in the day.

“It was extremely important for us kids and for them as well to get vaccinated,” Verdugo said.

And even though Concepcion Verdugo said she enjoys the constant phone calls her children place to her Brawley home in place of their normal visits and is grateful for the essential items that her children have been dropping off for her and her husband to help them avoid venturing out in public, the quality of their lives has changed considerably.

Additional support was provided by IVC faculty, nursing and fire academy students, AMR ambulance services, American Red Cross, and the California Medical Assistance Teams (CAL-MAT), which has been onsite at IVC for the past six months operating the Alternate Care Facility that was set up to treat COVID-19 patients whose condition did not require hospitalization.

Dr. David Duncan, CAL-MAT director, said the mass vaccination event brought him a great sense of relief and happiness, considering the toll that the pandemic has taken locally.

“You’re certainly in the top-five hardest-hit counties in the country,” Duncan said. “I’m really looking forward to seeing this thing in my rearview mirror.”

Ten different stations were set up in a parking lot on the northern grounds of the campus to administer the vaccination to participants who remained in their vehicles. Different time slots were established to handle the appointments, with participants asked to show up no more than 15 minutes in advance.

“I was very impressed with how fast the line moved,” 88-year-old Imperial resident Joan Moore said. “I like the way it was handled.”

Moore said one of her granddaughters had initially alerted her to the event and was registered shortly afterward by a daughter. Getting vaccinated has been a top priority for Moore, who lives alone but has been getting together regularly with her family amid the pandemic. 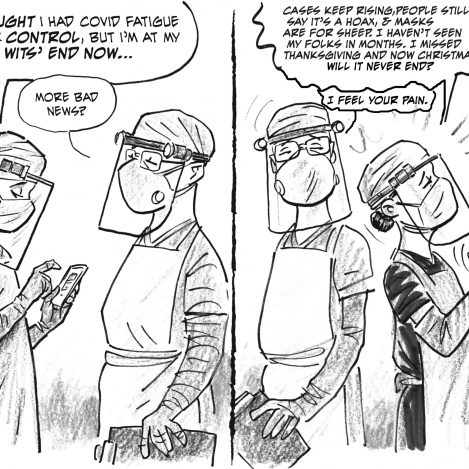