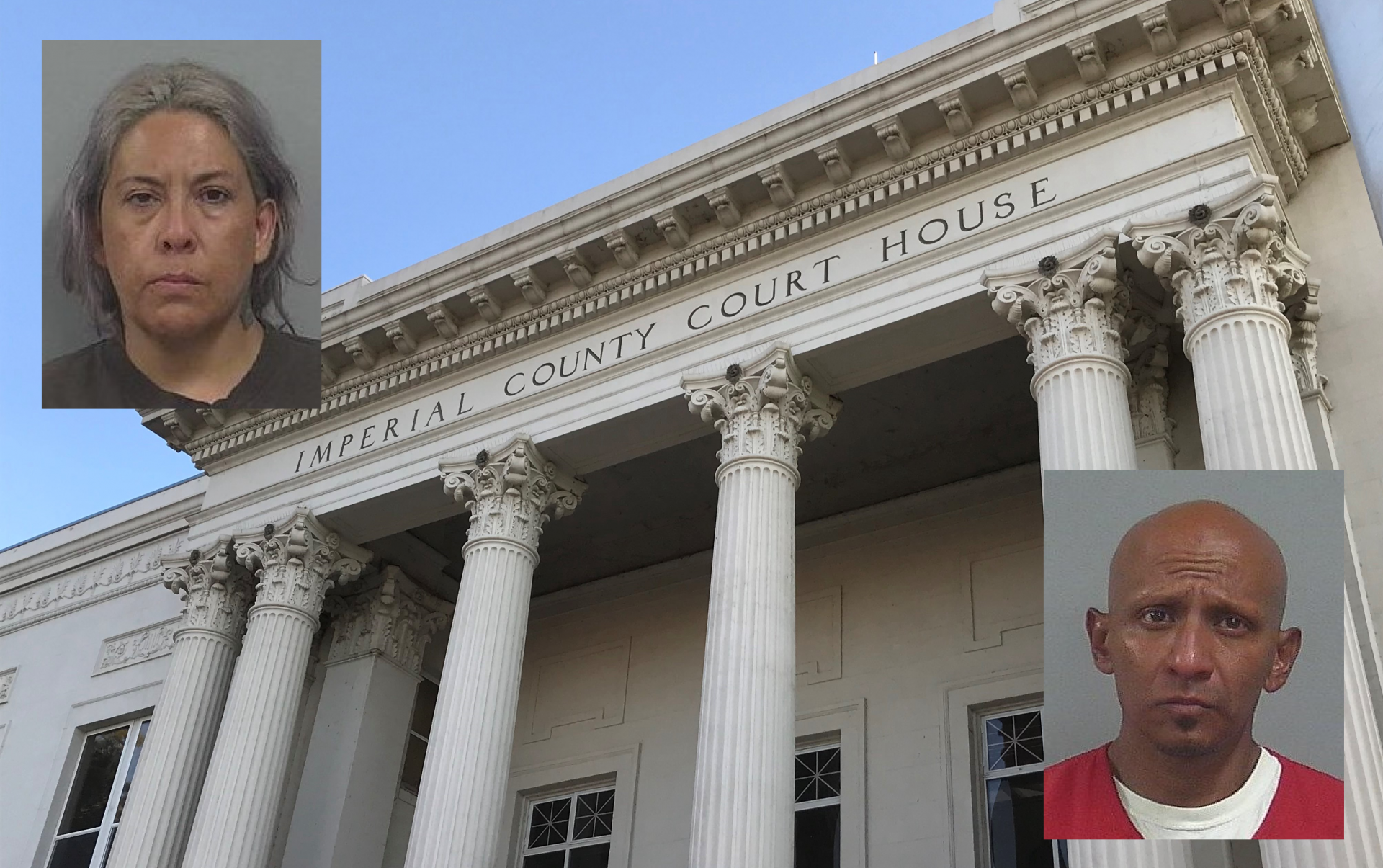 Rosita Deborah Torres (left) and Daniel Alexander Munguia (right) were back in court Jan. 7 in their murder and conspiracy trial in the killing of Raul “Bubba” Esparza in September 2019. The next court appearance for the pair is Feb. 18. | CALEXICO CHRONICLE PHOTO ILLUSTRATION
Home
Public Safety
In Public Safety

Next Court Appeareance in ‘Bubba’ Esparza Murder Trial is Feb. 18

The murder and conspiracy trial against suspects Rosita Deborah Torres and Daniel Alexander Munguia, who remain in the county jail in connection with the killing of El Centro man Raul “Bubba” Esparza more than a year ago, will next be in court on Feb. 18.

El Centro residents Torres, 45, and Munguia, 39, appeared in the Brawley annex of the Imperial County Superior on Jan.7 in front of Judge Christopher Plourd. After a series of previous delays, Plourd, with the blessing of their court-appointed defense attorneys and a county prosecutor in agreement, set the oft-delayed pretrial hearing for both for Feb. 18, a preliminary hearing for April 20, and a bail review hearing to be hold “off calendar” at a future date, Plourd said Jan. 7.

Torres and Munguia are being tried together by Imperial County Deputy District Attorney Martin Gonzalez. Torres’ attorney is Stephen Honse and Munguia’s counsel is Jason Amavisca. Both defendants are being held on $1 million bail.

Torres was arrested on the charges on Aug. 20, while Munguia was already in jail from a July 30 arrest on unrelated charges.

Although authorities have yet to make the outright connection, this case does appear to be somehow linked to the unsolved murder of Torres’ son, Christopher Erasmo Torres, who was shot and killed in almost the identical spot that prosecutors say Esparza was killed, yet only several weeks apart.

El Centro police have never officially connected the cases, other than to acknowledging the fact that Chris is Rosita’s child.

His remains were found burned in a trash-bin fire by El Centro firefighters about 7:10 a.m. that morning behind businesses near the railroad tracks on the east side of El Centro in the 900 block of Second Street near East Hamilton Avenue.

The investigation into Esparza’s death is still considered active and ongoing as the case makes its way through the courts.