LETTER TO THE EDITOR: Dust Up at the Salton Sea

Imperial Valley can only improve for its people when their leadership works together toward a shared vision — the common good.

That sort of cooperation between Imperial County and the Imperial Irrigation District showed promise at the Salton Sea in the mid-2010s following a decade of bitter and contentious infighting between the two agencies over the devastating and long-term effects of the 2003 (Quatification Settlement Agreement) water transfer. That transfer of water and wealth sent 100 billion gallons of water every year to San Diego rather than growing food and sustaining the Salton Sea in the Imperial Valley.

But after the ink had dried for over a decade and the court validated the deal, locals were given no choice but to work together to deal with the consequences. Multiple red-ribbon cuttings were held where local politicians wielded golden shovels and flashed smiles to cameras at the ceremonial groundbreaking of the Red Hill Bay project at the southeastern corner of the Salton Sea.

Five long years later, that project at Red Hill Bay to build a habitat on the exposed shoreline of the shrinking Salton Sea intended to protect humans from dust and provide habitat for birds has failed to materialize.

Once deemed “the first decisive step in the efforts to restore the Salton Sea,” the Red Hill Bay project sited on a small and salty piece of ground has become the bizarre battlefield for an internecine civil war between local governments responsible for serving the same small community.

The current conflict at the Red Hill Bay site has little to do with actually improving air quality for local communities and restoring the Salton Sea. Rather, it has become an opportunity for lawyers, current and past elected officials, and public employees to settle scores as far back as over a decade ago.

I, myself, have not yet even served on the IID board for two full months. But in this short span of time, I was proud of the work, progress, and compromise achieved between county supervisors and IID directors to resolve the conflict at Red Hill Bay and deliver on years of delayed promises.

Imperial County and the IID serve the same people who desire the same thing — clean air and a decent environment for our people and wildlife to live in.

Within just two brief sessions between county supervisors and IID directors, we were able to achieve six terms of agreement to settle the issues at Red Hill Bay and commit to ending dust emissions immediately and building habitat with extremely aggressive timelines. Quite frankly, we made more strides in just two meetings than the years of dithering and personality spats between both agencies’ attorneys and staff.

This agreement was something neither IID nor county staff were terribly pleased with. But that was the beauty of what we were able to accomplish; serving the public’s need for clean air and the improvement of our environment — not racking up billable hours and stoking the egos of attorneys who do not live here and have little concern for the wellbeing of this place we live in and the people we represent.

The entire point of the talks was to come to a resolution of the Red Hill Bay issue through an agreement of terms between our boards — and we were successful in doing so.

GILGAR: ‘In That Case, I’ll Take A Salad’

But just as we were about the cross the finish line to complete years of unfinished business at Red Hill Bay in a matter of mere days, the Imperial County Air Pollution Control District unilaterally derailed this progress at its final stage by sidelining peace talks and reconvening its own kangaroo court to settle the issue, and verdict, on its own precooked terms.

Imperial County’s Air Pollution Control District has become a rogue agency that has lost sight of its mission and purpose to protect clean air, choosing instead to shovel public money to vindictive, out of town lawyers and settle personal scores rather than taking up the free olive branch extended by IID to actually resolve the problem at Red Hill Bay quickly and peaceably.

Imperial County and the Imperial Irrigation District serve the same public and seek the same things. It is time for all individuals and parties involved to put aside personal and historical differences and to not forget our shared service to the people who live here.

Our time and effort should be spent working together to improve public health and our partnership at the Salton Sea, that is, if the common good really is our common goal.

JB Hamby is vice president of the Imperial Irrigation District Board of Directors. 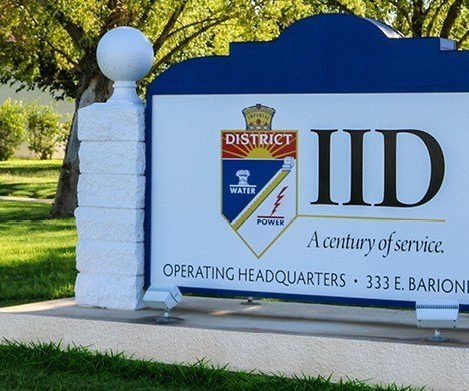