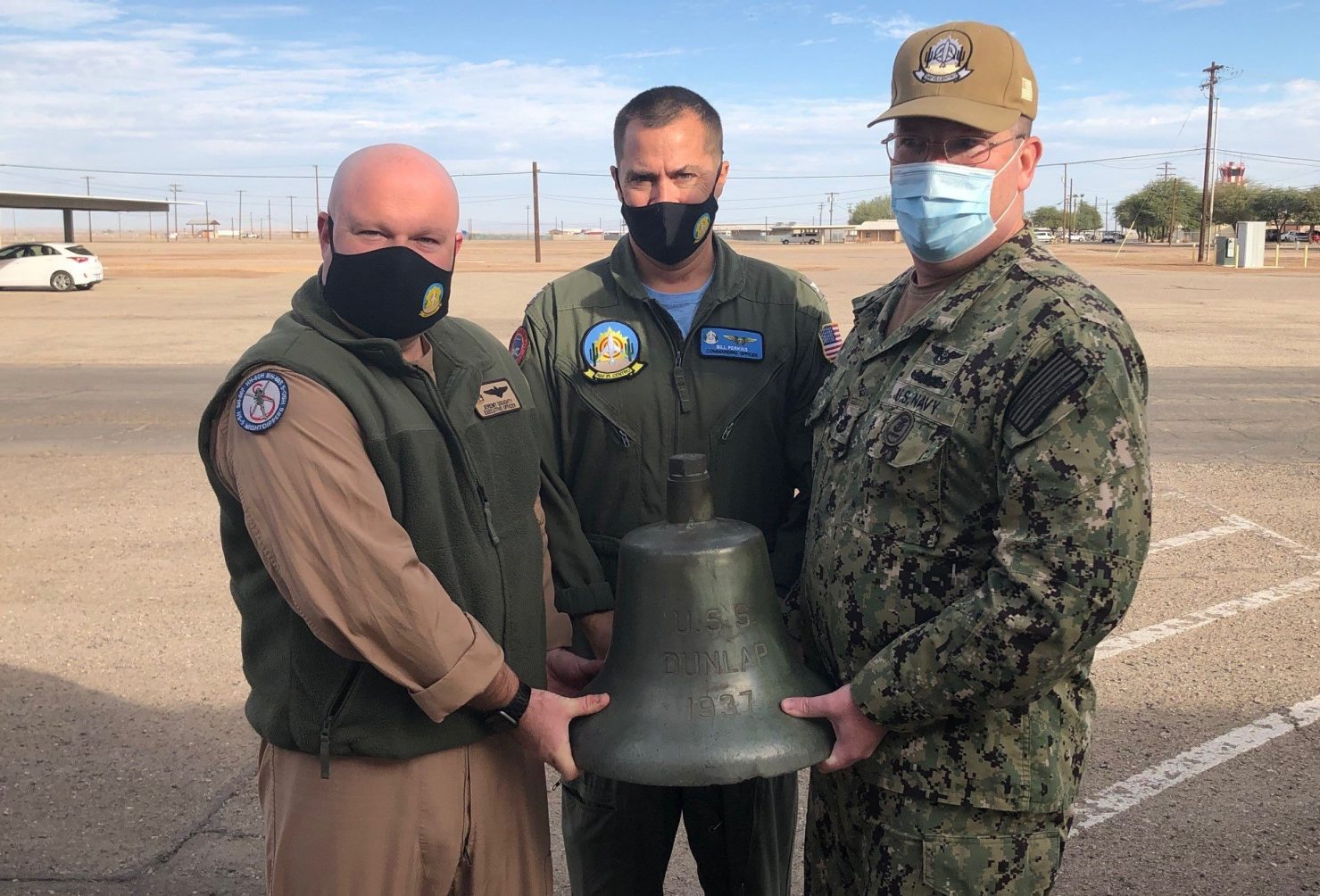 NAF EL CENTRO — What do a World War I Marine Corps general, World War II Navy ship, Brown University, and a garage sale in Soledad have in common? If you guessed a bell, you would be correct.

On Dec. 7, after trading some emails about a nearby treasure, the Public Affairs Office for Naval Air Facility El Centro received an amazing surprise from Imperial resident Dana Mace — an 80-pound bell from a U.S. Navy destroyer, USS Dunlap (DD-384), which saw action in the Pacific during World War II.

Mace’s uncle-in-law, a former Navy sailor, bought the bell years ago at a yard sale in Soledad, a small California city near Salinas. It was rediscovered after the uncle passed away.

Mace took possession of the bell and spent the next several months researching the family of the ship’s namesake, Marine Corps Brig. Gen. Robert H. Dunlap, in hopes of returning it to them.

Dunlap had a distinguished military career, spanning the Spanish-American War, the Philippine-American War, the Boxer Rebellion, and the Meuse-Argonne campaign in World War I. He died tragically in 1931 while attempting to save a local woman trapped in a collapsing building in Cinqmars-la-Pile, France.

Mace was unable to locate living relatives of Dunlap and was unsure of what to do with the ship’s bell. Then he saw an episode of the History Channel series “American Pickers,” which featured a bell from another WWII-era destroyer, USS Cole (DD-155), a long-missing artifact that was recently discovered in New Hampshire. Mace followed the “American Pickers” lead, contacting the. Naval History and Heritage Command in Washington, D.C. Lea French Davis, a curator at NHHC, shared with him some of the history of the bell.

After the ship’s decommissioning in 1947, the bronze behemoth was loaned to Brown University in Providence, R.I. The Navy assumed it had been there since. How and why the bell traveled across the United States and ended up in a yard sale in California remains a mystery.

NHHC reached out to NAF El Centro, the Navy installation closest to Mace’s home. The base was delighted take custody of the artifact.

“This was a great opportunity to see our staff work with our community neighbors and retrieve a little bit of our Navy’s history,” said Cmdr. Jeremy Doughty, the executive officer of the installation.

The bell was properly crated and shipped to the NHHC, the next phase of its eight-decade journey.

“This is an amazing story, and something you just can’t make up,” said Lt. Christopher John, the supply officer at NAF El Centro. “We will see that this historic piece of Navy tradition is properly packed and sent home.”

Bells have long been an essential navigational aid for Navy ships, but they also serve many other important purposes such as informing the crew of the time, they’re used as part of special announcements to the crew, notifying the crew of the comings and goings of dignitaries and the ship’s commanding officer, and a number of other ceremonial purposes including serving as a font for baptisms.

Once returned to NHHC, the bell will rejoin a collection of historic artifacts some of which date back to the founding of the republic, all of which document and represent the history of the U.S. Navy. They include more than 1,500 ships’ bells and bell-related artifacts.

Like most artifacts in the collection, ships’ bells may be placed on loan to museums and other institutions that interpret specific historical themes or have displays of naval history. The Curator Branch’s artifact loan program provides artifacts for exhibition, research, and study, an integral part of NHHC’s goal to make collections accessible to the widest possible audience.

“We use these artifacts as a means to educate people about the Navy’s history, customs, and culture and provide that connection to the past in a manner that only a physical object can,” NHHC Curator Branch Head Jeff Bowdoin said. “Numerous maritime museums in the U.S. have artifacts on loan from the NHHC Curator Branch, as well as a variety of veterans groups, state and local municipalities, historical societies, history museums, and Navy commands, ashore and afloat.” 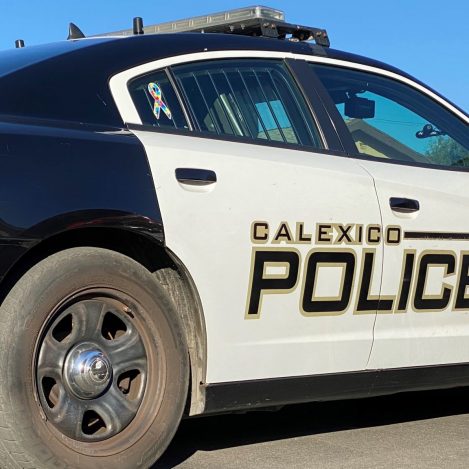