Imperial Irrigation District power customers past due on their bills have until Feb. 17 to contact the district or they will automatically be enrolled in a payment plan to avoid potential disconnection of utilities.

The Imperial Irrigation District Board of Directors voted 4-0 to rescind a moratorium on disconnection of utility customers effective Feb. 17. Division 5 Director Norma Sierra Galindo was absent from the Tuesday, Jan. 19, meeting in which the decision was approved.

“We’re still trying to help our customers to pay this off,” said district Finance Director Belen Valenzuela. “We’re recommending putting them on an automated plan. … We are still going to be flexible, but we do want to give them a call so we can help them help themselves.”

The district put in place a moratorium on utility shutoffs on March 16, 2020. Since then, Valenzuela said, the number of customers past due on their bills has continued to balloon to 13,162 accounts as of December. That’s a 700 percent increase in the number of accounts ready for disconnection since March 2020.

IID customers’ past due balances total $11.3 million, an amount that is quadruple the average outstanding customer debt accrued since the beginning of COVID-19.

To combat this, staff proposed putting anyone with a bill larger than $50 onto a payment plan automatically. Two payment plans were presented.

The first would be for those customers not currently on an energy assistance program. The plan would split their past due bill through Dec. 31, 2020, over an eight-month period. Any bills after Dec. 31 will need to be paid as scheduled and will follow normal disconnection procedures.

The second plan, which would split the bills over a 12-month period, would be for those customers on an energy assistance program, or for those who could provide documentation of COVID-19 financial hardship for all delinquent bills through Dec. 31. Any bills after that date would have to be paid as scheduled.

Additionally, staff would refer customers to other community agency programs and resources that are able to provide additional assistance, Valenzuela said.

The residential average consumption delinquency is $433 per customer, which would have their minimum payment on the eight-month installment plan at $54.20 in addition to their monthly bill, which averages $133 per month. Under the 12-month plan, the average bill would be $36.12 in addition to the normal electric bill.

Valenzuela said the finance department was proposing disconnecting if customers do not make a payment according to plan and have not contacted the district.

“This is our way of helping this become a priority for our ratepayers,” she said.

She stressed that IID is a nonprofit agency.

“It only recovers its revenue through rate recovery,” she said. “We’re not out to make a profit, but we are out to cover what it takes to operate.”

Division 2 Director JB Hamby, who made the motion to end the moratorium, said it’s clearly a difficult time for people, but something has to be done.

The Board of Directors’ vote comes after the Energy Consumer Advisory Committee voted unanimously in support of the plan on Friday, Jan. 15. That meeting, streamed online, was fraught with technological issues, including the internet going down and an old phone number for participants being posted online. Those issues, General Manager Enrique Martinez said, were being looked into and measures were being taken to make sure they didn’t happen again.

Eric Reyes, who serves on the Energy Consumer Advisory Committee and was part of the community group that proposed a lenient solution, said it’s a good plan moving forward.

“I think it’s a plan that will move you forward,” he said. “I know the IID can’t continue not collecting. … It’s more humane and it’s more reflective of what needs to be done to allow people to get on a plan and pay it as compared to what was first presented to us and voted down (in November) of just shutting people off for nonpayment.”

Reyes did express concern about making sure if anyone in a household was impacted financially by COVID that the household would be able to have 12 months to pay their bill, as some areas have multiple families living within one house.

“We can move forward from here,” he said.

There wasn’t much public comment on the item, but Pete Rodriguez of El Centro did mention he thought it was strange that two board members voting on this issue weren’t registered ratepayers.

Division 4 Director Javier Gonzalez said that though he doesn’t have an account in his name, his household does have an IID account.

Rodriguez didn’t clarify who the other board member was that he was mentioning.

Pullout graphic information (format similar to the IID story from some months back; larger number on first line, smaller body text to follow)

The amount of IID customers’ past due balances, an amount that is quadruple the average outstanding customer debt accrued since the beginning of COVID-19

Total number of accounts, both commercial and residential, ready for disconnection as of Dec. 31, 2020

Total number of accounts, both commercial and residential, ready for disconnection as of March 31, 2020 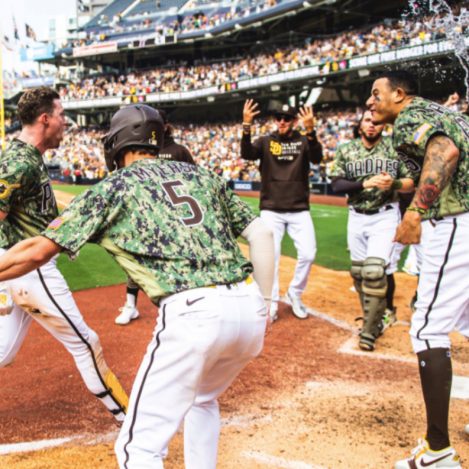