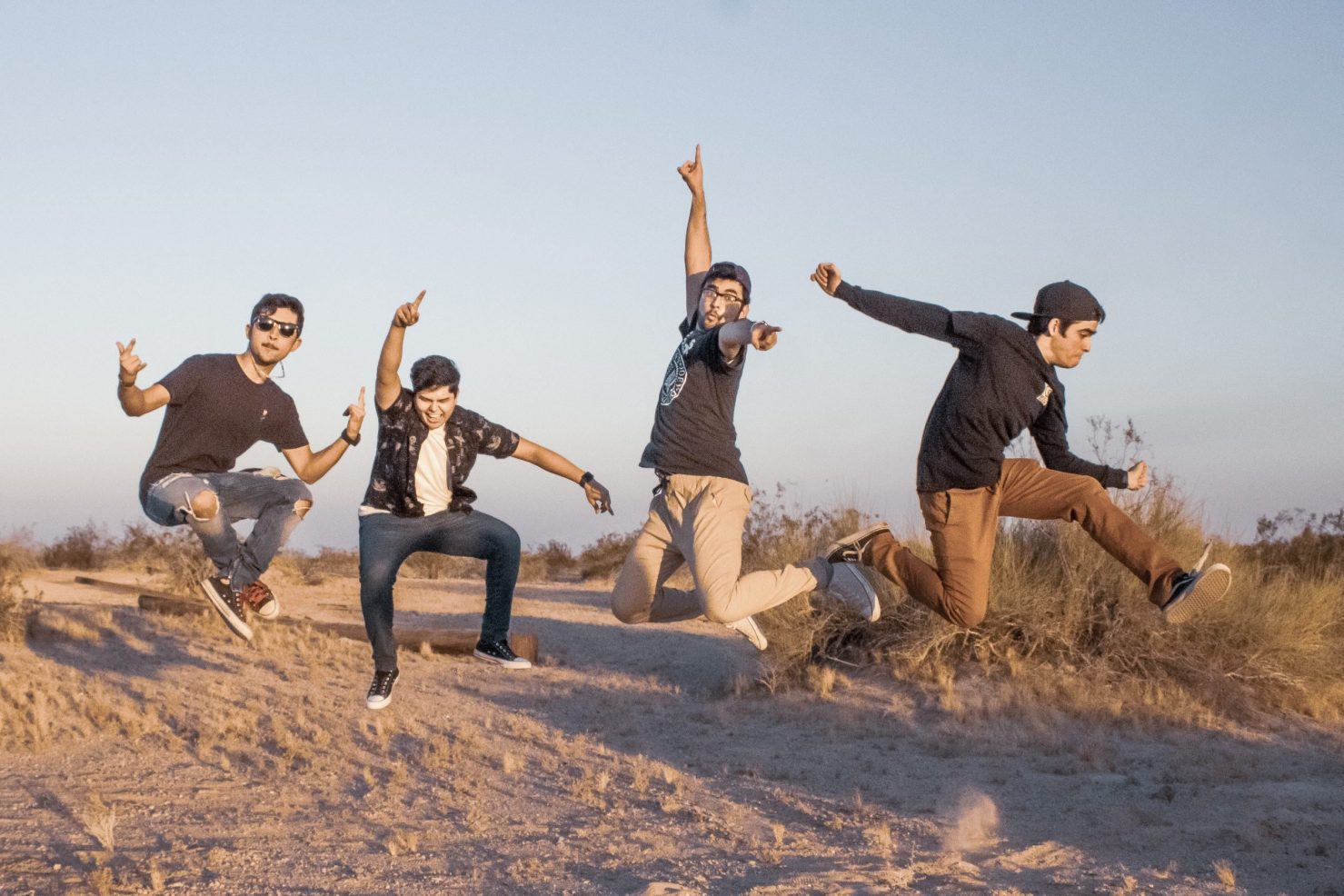 Sweet Orange: Local Band Has the Juice to Go Far

CALEXICO — Look no further than the cover art of Calexico punk pop quartet Sweet Orange’s debut album to see where these self-described “desert kids” come from, where they’ve been, and where they hope to go.

Conceived by bass player Quintin “Q” Millan, the 22-year-old said the cover for “Off the Grid” is a chronicle of the band’s border roots as four “desert kids with instruments inside a garage,” to where the group hopes to be in the future, that is, performing its music live in new places.

There’s the Pinki’s Hot Dogs cart and a flying doughnut as a nod to the familiar Donut Avenue, both to signify that Calexico connection. Yet there is also depictions of the cities of San Diego and Los Angeles, places the band has played, and a rendering of Las Vegas, a place Sweet Orange would like to take its music in the future. All of which is rendered in the crazy style of Calexico artist and Millan’s friend since pre-school, Alejandro Carrera, better known as “The Dog Trash.”

It’s that full-circle dynamic that Millan said has embodied the band since its start in 2017, to its rapid spread in popularity that began with SoundCloud recordings, a Battle of the Bands win in Calexico in 2019, along with two high-profile gigs at Hollywood’s famed Whisky A Go Go, all before the pandemic shut down live music in early 2020.

“We can be somebodies to everybody else. But to us, we’re still nobodies, we’re still the same people who just started playing in a garage,” Millan said. “That’s literally been our motto since we started the band. We just started making music in our friend’s garage because it was fun.”

Leaning heavily on a diet of influences borne of mid-‘90s and early-Aughts pop punk artists like Green Day and San Diego County’s blink-182, Millan said “Off the Grid” is a snapshot in time, and work on a future album has an even more varied sound in development.

“Honestly, there’s a lot of influences. This album and the recent songs are Green Day- and blink-182-sounding. Some people say things like (our music sounds like pop punk bands) All Time Low or Simple Plan, but we don’t hear it,” Millan said. “But yeah, for this era of Sweet Orange, we sound like Green Day and blink-182. The new music is going to be different, so this is probably the last time we will be doing something Green Day- and blink-sounding. We’re trying to do heavier sounds, like other influences: Avenged Sevenfold, Sum 41, Red Hot Chili Peppers, etcetera.”

Though Sweet Orange’s music has a deep through line of punk angst and pop melody, from early on its members have been incorporating all sorts of sounds and styles.

“Eminem’s the reason I write lyrics the way I do,” Zuniga said. “I like how there are certain songs where he doesn’t have to tell you something directly for you to know what he’s talking about. … It makes you think, and I have I become a fan of making music that makes you think.”

For Zuniga, songwriting cannot be a “cash grab,” it has to be meaningful. And as the band continues to grow, he has noticed how his songwriting style is changing as well.

“In the beginning, in 2017, I took the approach of doing what everyone does, writing about real experiences,” Zuniga said. “But what I’ve progressed into when it comes to writing music is, I try to see somebody else’s perspective … whether it’s a good thing or a bad thing. I take that, and I make up a story of my own, like writing a script, I’m thinking of a character and a setting conflict.”

“Spoiled Rotten Children” from “Off the Grid” is one of Zuniga’s favorites, which he said could take a half hour to explain the meaning behind it lyrics, so he decided to speak on his love of the music itself.

“I like how it sounds. I like how we went with it. And what’s being told lyrically more than musically, which is one of the things I am most proud of,” he said. “I’ve loved that song since the day it came out.”

Millan, Zuniga, and rhythm guitarist Fernando “Ferny” Beltran, 21, are all old friends from Calexico. Yet, with the late addition of 24-year-old drummer Reyes “Kings” Ortiz of El Centro, the band’s sound has matured and evolved.

In 2017, “we all started playing random stuff. And then (later) we started taking it more seriously … but we needed a drummer,” Millan said.

After talking with six potential members, they had no luck finding that final piece that matched their sound, that is, until they found Ortiz.

Millan said he had met Ortiz at Imperial Valley College but had forgotten his name. And for two years had been wanting to get in contact with the drummer until, by chance, a mutual friend brought them back together.

After listening to Sweet Orange’s early efforts on SoundCloud, Ortiz was interested in learning more and decided to meet Millan in person.

“I went to the mall. I wasn’t nervous or anything. I felt that if Quintin was cool, the other two guys are going to be just as cool,” Ortiz said. “I figured we’d all vibe.”

“We just formed that way … naturally. If anything, (it was) destiny,” Millan said.

Soon after Ortiz joined in spring 2019, the group won the Calexico Battle of the Bands in June that year, a moment that helped Sweet Orange get recognized beyond the Valley.

Beltran expressed how the band was on a new trajectory after its victory.

“Man, that was crazy. Honestly, it was unexpected. And in the end, it was fun,” he said. “It’s kind of like a turning point, and we just got even more serious. We started writing more music, and we ended up playing at Whiskey A Go Go twice, once with (musician and actor) Drake Bell (who is most known for his early 2000s Nickelodeon series ‘Drake & Josh’).”

Playing in Hollywood twice is another instance of the many “meant to be’s” that is characteristic of the band.

Millan explained how while in class with Zuniga, he received an invitation to perform at the club the first time, after which they sold enough tickets to meet the requirement to play. After that first gig, Sweet Orange was invited back to open for Bell.

“I messaged the (organizer) a day after. … I told him thanks for the awesome opportunity. And that’s when he said, ‘honestly, you guys killed it. I have another slot in January. Would you guys like to open for Drake Bell?’” Millan said. “And we were like, ‘oh, snap, that’d be sick,’ but it all started with nothing.”

Despite the band striking a more serious, goal-oriented direction since 2019, the members pride themselves on not taking themselves too seriously.

Still, Sweet Orange isn’t afraid of hard work, and that shows with how the members worked to self-finance their debut album, and how the band continues to raise funds to record a new record.

“The album (‘Off the Grid’) was financed by ourselves and our own money. We paid for it ourselves and it was pretty expensive, yeah,” Millan said.

“We’ve been trying to record the album since 2019, but we had too many back-to-back shows, so we couldn’t get in the studio. Starting in 2020, we wanted to record the album and release it by July or August, but we just couldn’t get the time,” Millan explained. “Eventually, it was recorded in Imperial with Red Line Studios in the month of October and then released late November. Red Line is ran by Luis ‘Rocky’ Alvarez. He recorded our singles as well.”

Now, Millan said the band is selling merch, such as apparel, stickers and more, through its Instagram page in hopes of booking recording time at a studio in Los Angeles.

Although live music has taken a hit through the pandemic, Sweet Orange continues to grow its audience through social media and streaming music services.

“We get most of our listens from Spotify mainly. Apple Music is second. Places we got listened to the most are (from) Los Angeles, San Diego, El Centro, Pasadena, and randomly, Australia. iTunes is where we sell the most of our music as well,” Millan said.

Sweet Orange racked up some decent stats on Spotify in 2020, considering it only posted “Off the Grid” on Nov. 27, and had a few random singles preceding that. The group ended the year with 6,000 streams, amounting to around 210 hours of listening time among 385 listeners from 10 countries, Millan said.

“This is pretty big for a band with nothing much but a couple of singles and one album. At least to us,” he said, with a laugh.

Ortiz summed up Sweet Orange’s wild ride recently when he described the group’s ability to keep on growing its music and reaching new listeners.

“We’ve been pushing hard, and we’ve been growing. I’m hoping we can release a few more records and push for new sounds, and I’m hoping that we can possibly tour,” he said. “I think that would be a dream, and with the way things are looking, if we kick it up a notch, things can happen. … Fingers crossed.” 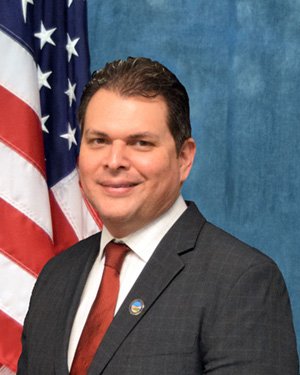