The Blue Angels touched down at Naval Air Facility El Centro on Tuesday, Dec. 5, and will begin training for their upcoming 2021 season in their new F/A-18 E/F Super Hornets. The team’s arrival was streamed via Facebook Live due to COVID precautions at NAF El Centro. | SCREEN CAPTURE
Home
Regional News
In Regional News

SEELEY — Local residents were provided a glimpse of the Blue Angels on Tuesday, Jan. 5, upon their arrival at Naval Air Facility El Centro, where they will train for the next few months in preparation for their 75th anniversary season.

The Navy’s elite flight demonstration squadron was greeted this year with less fanfare than prior years because of health and safety precautions the facility has implemented in response to COVID-19.

But in contrast to the past 34 years, the squadron is now piloting the new F/A-18 E/F Super Hornet, which replaced the team’s former platform, the F/A-18 Hornet.

Part of the team’s arrival was broadcast live on NAFEC’s Facebook page, where a few hours following their midday arrival had generated more than 2,000 views.

About an hour after the team’s arrival, a second livestream was broadcast showing “Fat Albert,” the flight demonstration team’s transport plane, arrive at the base as well. Fat Albert was also sporting a new look, as this was the first year using the C-130J Super Hercules plane, an NAF official said.

The flight team is not scheduled to perform during a formal air show this year at the Navy base. Instead, NAFEC Public Affairs Officer Kristopher Haugh told those watching the video of the Blue Angels taxiing on the apron that the facility is in the process of finalizing details for the flight team’s practice performance on March 13.

“We are working on details right now about how we are going to get that practice out to you all,” Haugh said.

The March 13 practice session will be one part of the base’s Festival of Flight, as its annual air show has been rebranded, and will include other potential flight-related activities and options.

Additional details regarding the upcoming practice performance and Festival of Flight will be announced on Naval Air Facility El Centro’s Facebook page in the coming weeks, Haugh said.

The Blue Angels are scheduled to perform their first show of their milestone 75th anniversary season on April 10 at Naval Air Station Jacksonville, in Florida, where it performed publicly for the first time. They will debut their 2022 season at NAFEC, the Blue Angels’ website stated.

The team’s arrival at NAFEC for their training is a testament to the health and safety precautions that have been employed on base and strictly adhered to by the Blue Angels, a base official said during the Facebook livestream.

“The work that our folks here on the base have been doing to keep us on mission, to keep us on point and to keep us COVID-free allows us to be able to support the operational training and the training for the Blue Angels,” he said. 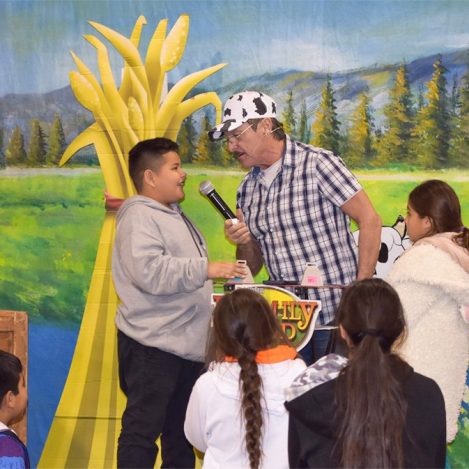