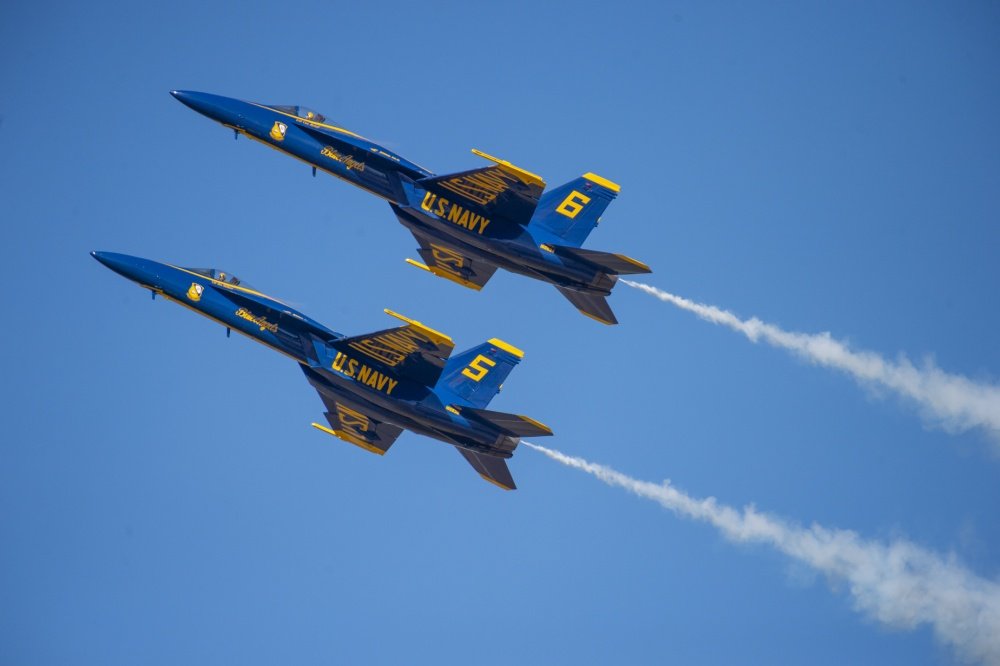 The Blue Angels, the U.S. Navy’s elite flight demonstration team, are scheduled to touch down in the Imperial Valley on Tuesday, Jan. 5, to train for the team’s upcoming 75th anniversary season.

What makes the season even more special is the debut of the squadron’s brand new “platform,” or the jets to be used by the team. According to the Navy, this will be the first season flying the new F/A-18 E/F Super Hornet, which replaces the team’s former platform, the F/A-18 Hornet that had been in use for the last 34 years.

Due to COVID-19, there will be no media event surrounding the arrival of the team at Naval Air Facility El Centro. However, according to an NAF spokesperson, the arrival will be streamed via Facebook Live on NAF El Centro’s page (https://www.facebook.com/NAFEC/) around 12:20 p.m.

Aside from the daily spectacle of seeing the Blues practice over Imperial County airspace, it’s not clear what’s in store for an official local performance for the 2021 season. NAF El Centro is not presently part of the 2021 season schedule listed on the Blue Angels’ website. The first show of the season is April 10 in Jacksonville, Fla.

NAF El Centro is listed as the first performance of the 2022 season, according to the Blues’ website.