For the Imperial County Board of Supervisors, 2020 was a year of challenges due to a global pandemic that stretched resources, manpower, and affected an untold number of areas of government. | COURTESY PHOTO
Home
COVID-19
In COVID-19Regional News

COVID Year in Review: Supervisors Hope for Positives in 2021

When the COVID-19 pandemic hit, Imperial County governmental departments had to change the way they operated in order to continue to provide needed services to Imperial Valley residents.

The Area Agency on Aging found a way to deliver meals to the doors of hundreds of seniors to keep some of the most vulnerable population fed while still being isolated. The elections department had to completely change its model for having an election because voters couldn’t be shoulder to shoulder in voting booths. The agricultural commissioner’s office distributed close to 1 million face masks to farmworkers so they could remain in the fields in order to get food to grocery stores.

“There are so many stories out there that people don’t realize what has changed to make sure those services are out there,” Chairman of the Imperial County Board of Supervisors Luis Plancarte said.

The county even had to come up with ways to connect to the state on secure servers while telecommuting, which led to some employees in the office in the morning, while a second shift came in during the afternoon.

“It’s required a huge shift,” he said. “All this while being husbands and wives, mothers, daughters, and caring for children and ailing family members and still carrying the services that the people in the county needs. Hats off to every public servant out there.”

All these employees are unsung heroes who are making it work while still taking care of families at home, he added.

In April 2009, an outbreak of novel H1N1 influenza prompted a rash of U.S. Centers for Disease Control and Prevention doctors to rush down to Imperial County, where the first confirmed case in the United States was found.

The county was in a more advantageous position than some other counties, but there were still issues, he added. The county has built large facilities where people can request services, and those had to close to the public and move online or be done by phone. The county has had to learn how to adjust its model of operation to continue to serve the public.

There has been a huge disruption in services, Supervisor Ryan Kelley said. If you live in a city, you think the city does everything in terms of public service, but the county backs up a large amount of those services, he said.

In tax season, people want to talk to someone, Kelley said. There are also marriage licenses, property titles, and a lot of other documents that the county is responsible for. It’s been restricted and even limiting to some residents.

“We’re making the best of the situation, but it has caused a bit of a disruption,” he said. “And for Imperial County as a community, how can you gauge how much has changed since March? Imperial County and the state of California has been closed down except for essential services.”

This county has seemed to be restricted like no other since the beginning of the pandemic, Kelley said.

“It’s been really hard,” he added. “You hear of war weariness. We’re kind of in COVID weariness.”

Despite the struggles of the past nine months and the ongoing surge, this is a hopeful time, as a vaccine is out there and the Valley can look forwarded to getting back to normal operations, Kelley indicated.

“I see the light at the end of the tunnel, but it’s not coming that fast,” he added.

People must remain vigilant, though, and continue to do the things they can within their own power to help, he said.

“Separation, masking, limit exposures, wash your hands: they do have an impact, a positive impact, and they need to be practiced,” he added.

Plancarte, too, stressed the importance of remaining cautious.

“I think we are going to eventually return to a level of life that is closer to where we were, but it’s not going to be the same,” he said. “I really see vaccines rolling out through the end of next summer. It may be next Thanksgiving before we can return to family time that we used to.”

That, of course, is pending changes going forward, he added. And there are still unknowns.

The vaccines are going to give a certain level of protection, but it is unclear if a person can still get COVID-19 and not have symptoms, Plancarte said. It is also not clear for how long the vaccine is effective and if people will have to get a yearly vaccine like with the flu shot.

“We hope for the best and continue to follow the guidance we have,” he said. 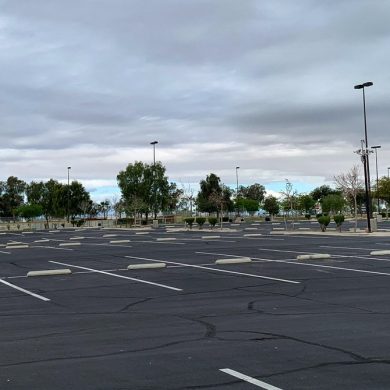