Reliance Public Relations has won honors from the Public Relations Society of America, San Diego and Imperial County Chapter, for a campaign developed with the Imperial Valley Business Recovery Task Force to advocate and assist Valley businesses impacted by COVID-19 closures, according to a press release.

The Silver Bernays Award of Merit was in recognition of the public service campaign designed once the Brawley Chamber of Commerce and Reliance Public Relations Inc., in partnership with the local Small Business Development Center and Imperial Valley Economic Development Corp., formed the Imperial Valley Business Recovery Task Force.

The purpose of the task force is to respond quickly with programs, resources, and policy advocacy to mitigate business impacts, job losses, and community access to goods and services, according to the release.

“The Imperial Valley Business Recovery Taskforce was a true grassroots example of a small town that came together to do everything possible to protect and nurture our business community,” stated Sean Wilcock, IVEDC vice president for business development.

Formed in March, the task force received a $50,000 grant from the county Local Health Authority that allowed it to expand its marketing and outreach efforts to help businesses.

“From the start, our strategies have been designed to empower businesses to chart their own destiny with a safe reopening in accordance with all regulations while making it socially acceptable for citizens to adhere to CDC safety standards,” stated Katie Luna, chief executive officer of the Brawley Chamber of Commerce and task force coordinator.

An initial media campaign promoted a safety pledge, but due to changing state circumstances, the campaign objective was re-oriented to encouraging residents to safely patronize local businesses that were open, the release states.

In April, the task force established an information hotline for businesses. Additionally, the task force instituted the pledge campaign to encourage personal and business responsibility to use personal protective equipment (masks, gloves) and practice hygiene to get businesses open. Working with the Imperial County Public Health Department, it created a safety poster that is currently posted in businesses throughout the county.

Also, in April, the task force worked with SBDC and IVEDC to offer webinars for local businesses. The webinars drew some 10,000 views on the task force Facebook page. SBDC and IVEDC ultimately assisted local businesses obtain more than $12 million in disaster recovery loans and grants. It soon became clear that the county needed a consistent method of communicating with the business community, according to the release. Through its advocacy effort, the task force became the county’s communication conduit, the release states.

The task force also worked with partners IVEDC and SBDC along with representatives from the local health department to conduct onsite business evaluations. To date, more than 40 businesses have been visited to evaluate their level of preparedness for reopening and understanding of COVID-19 protective measures in the workplace.

“These business visits have proven to be highly impactful as the business community struggles to understand the continuously evolving requirements,” Luna stated.

In August, the task force launched a “Shop Local” marketing campaign in response to a flood of local consumers headed to Arizona to shop. State regulations again changed in late summer and the county could reopen more businesses and services. The marketing campaign was modified to focus on “Open for Business, Safely.”

“Through its advocacy effort, the task force has become the county’s communication conduit with businesses,” Luna said. “This coordination has led to the creation of new opportunities, including a pre-approved list of local businesses that are eligible, without a formal bid process, to supply goods and services to the county on an emergency basis.”

Both the county CEO and the Public Health Department have both spoken publicly about the value of the task force in reaching and working with Valley businesses, the release states.

Previous
COVID Year in Review: Supervisors Hope for Positives in 2021 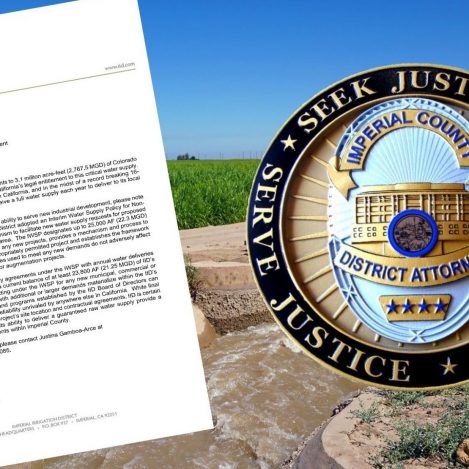