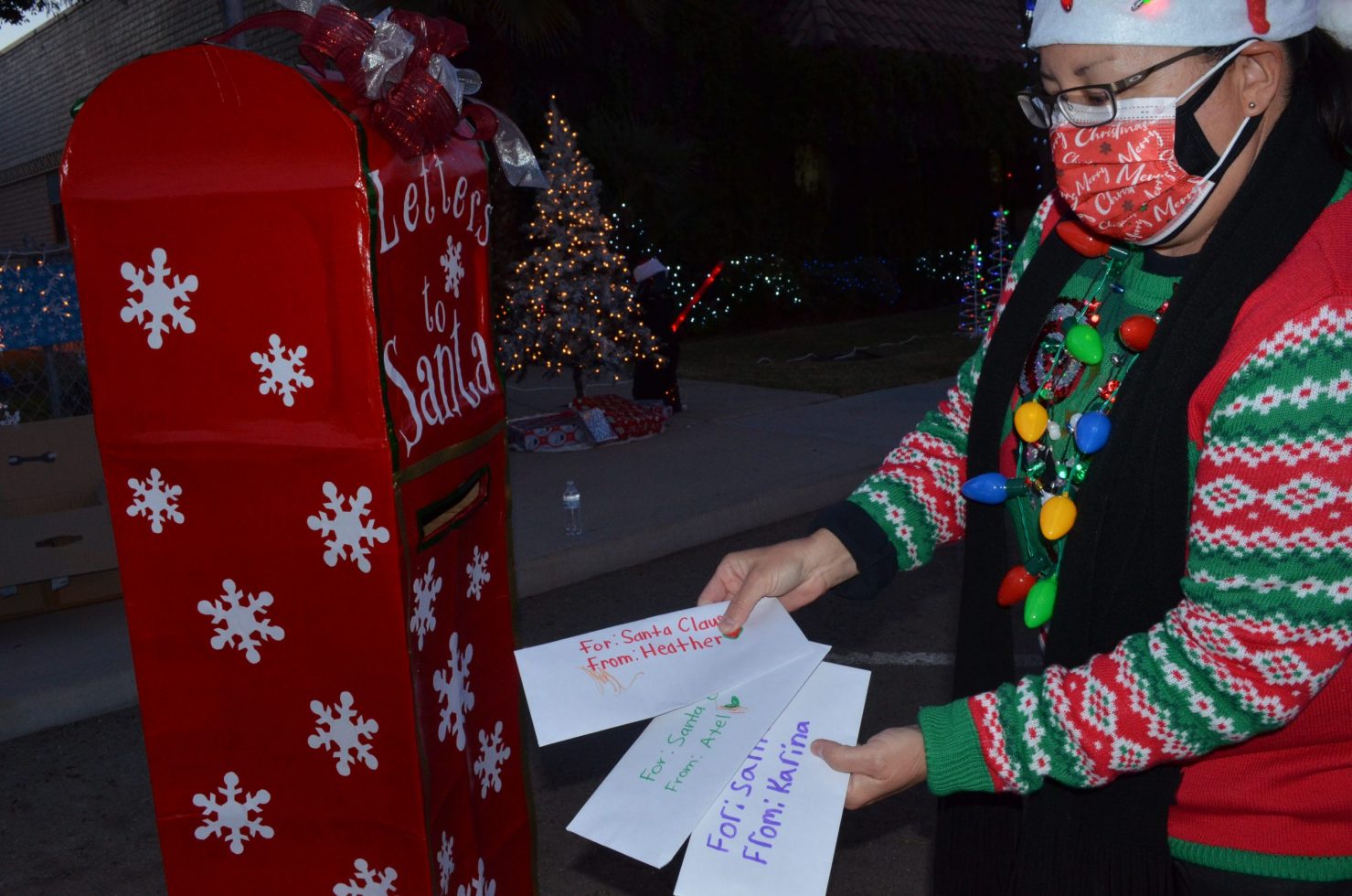 CALEXICO — Hundreds of letters bearing a Calexico postmark successfully made it to the North Pole in advance of Christmas, thanks to the assistance of the Calexico Recreation Department.

The handwritten letters bore the names and addresses of local kids hoping to have their gift list wishes added to Santa Claus’ list of presents to deliver this Christmas.

To accomplish the feat, the department’s North Pole Express set up operations in the Community Center parking lot on Thursday, Dec. 17, to collect the letters from countless families that had lined up in their vehicles to drop off the urgent correspondence.

By the end of the two-hour event, 303 letters to Santa were collected from participating families.

Resident Carolina Olvera brought her 3-year-old daughter, Charla Olvera, to drop off the youngster’s wish list and pose for some photographs with the Christmas decorations set up around the center’s parking lot.

As could be expected, Charla’s gift list was topped by one ubiquitous request, and another item maybe not as frequently sought after by toddlers.

“A lot of toys,” her mother said. “And makeup, she loves makeup.”

Similarly, Carlos, Elaine, and Angel Savellano all had toys at the top of their lists as well. The siblings had spent the prior night creating their lists with the help of their mother, Guadalupe Savellano.

Elaine, 6, was anxiously awaiting Santa to bring her a Barbie food truck, guitar, and American Girl doll, while her 5-year-old brother, Angel, was hoping to soon unwrap a toy dinosaur and dragon, as well as a Mr. Potato Head Iron Man set.

While the ongoing COVID-19 pandemic had upended many families’ plans for the holiday, Savellano said her family’s Christmas celebrations have tended to be small affairs involving just the immediate family.

“For us, it’s not very much different because we don’t go anywhere,” Savellano said.

The Recreation Department’s letter drive was prompted by the ongoing COVID-19 pandemic, which had forced the cancellation of the city’s annual Christmas Around the World parade.

“We wanted to give something to the community,” department manager Norma Gerardo said. “This is our way of contributing.”

The department also filled 120 bags with a variety of goodies to hand out to the first 120 families whose vehicles were in line for the event. The bags were filled with a juice box, snacks, toys, pencils, crayons, stickers, and candy.

Additionally, Las Palmas Swap Meet donated 20 toys that were distributed to the first 20 vehicles that were in line.

Adding to the event’s festive atmosphere was additional Recreation Department personnel, Calexico Police and Fire department officials, and even Santa Claus, who bore a close resemblance to a newly elected City Council member.

Elsa, from the hit Disney motion picture, “Frozen,” helped keep kids and families entertained as they passed through the parking lot by singing along to the movie’s hit soundtrack, while council member Camilo Garcia assisted with distributing gift bags and collecting letters addressed to Santa, as did Mayor Rosie Fernandez.

“It’s a beautiful event,” Fernandez said. “It’s exciting to see all the kids that are here.”

Participating families’ vehicles had started lining up about an hour before the event’s 4 p.m. start, and a line of vehicles extending around the block could be observed shortly after the letter drive got underway.

Portions of the event were also livestreamed on the Recreation Department’s Facebook page, where multiple families shared their children’s excitement for having attended.

“Thank you so much for this,” wrote Jan Juarez. “My kids loved it.” 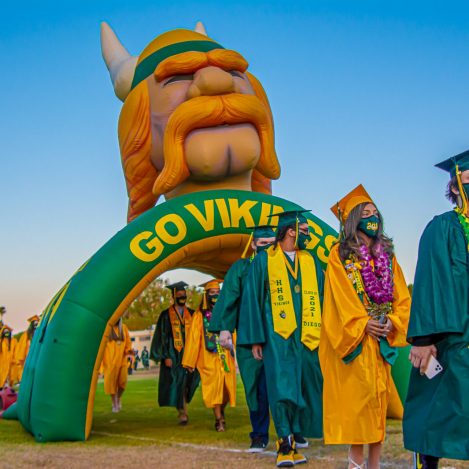