A slide from the Imperial County Public Health Department’s COVID-19 Surveillance Dashboard titled “Positive Cases by Result Date” shows that on Dec. 10 there were 440 positive COVID cases recorded, the highest number at any point during the nine-month pandemic. That is 14 days after Thanksgiving, Nov. 26, the exposure period that experts believe shows that holiday gatherings are factoring into the current surge in cases. | SCREEN CAPTURE
Home
COVID-19
In COVID-19Local News

Imperial County officials held out hope that further proof of small gatherings being partly responsible for the weeks-long wave of COVID illnesses now burying hospitals across the state might reinforce public health experts’ pleas to stay home and stay away in the coming days.

With Christmas just days away and the possibility of New Year’s holiday celebrations looming, state and local public health orders are already in place mandating that people avoid gatherings of groups from outside a household’s immediate circle to limit the spread of COVID-19.

Yet, the data shows people are largely ignoring the message.

Among a growing body of evidence against group gatherings right now was information that the highest number of COVID-positive tests recorded in Imperial County throughout the nine-month pandemic came on Dec. 10, with 450 confirmed positives, exactly 14 days after Thanksgiving, Nov. 26, according to county Public Health Department experts in their weekly report to the county Board of Supervisors.

While not definitive and the sole reason for the spike or the surge in cases, it does factor greatly into what is happening, as health experts map out 14-day periods from “exposure events,” county Public Health Officer, Dr. Stephen Munday said Tuesday, Dec. 22.

Supervisor Ryan Kelley, whose day job is in administration at Brawley’s Pioneers Memorial Healthcare District, has seen firsthand what this latest surge of COVID hospitalizations has done to his workplace and he hopes that some of what was presented to himself and his fellow supervisors can quickly be disseminated to the public.

“There is a direct correlation between these holidays and COVID,” Kelley said, adding he wanted to make sure this information was shared with the public to let it know it has “an impact on what we do in the next 14 days.”

County Public Health Director Jeanette Angulo, earlier in the presentation, explained that the information came from a new data set added to the county’s COVID-19 Surveillance Dashboard on Public Health’s website. The tab is titled “positive cases by result date,” she added.

Munday explained the current surge and crush on the healthcare system is made up of a lot of factors, including nonCOVID-related respiratory illnesses that always come during the late fall and winter months.

Still, gatherings associated with holidays do part their part in “a whole confluence of events occurring that are going to worsen our numbers,” he said.

Munday further noted that prolonged holiday periods where families and friends tend to celebrate together in close quarters “stretch out exposure periods” and “curves run into each other” showing peaks in the number of COVID cases.

The county Public Health Department’s weekly report to the county board came amid the latest update Tuesday morning that the county has now reached the 400-mark for the number of deaths related to COVID. There were also 1,856 active positive cases, for a total of 20,895 cases since the pandemic began. The positivity rate for the county was 34.33 percent and there were 140.51 hospitalizations per 100,000 residents (unadjusted), as of Dec. 22.

The 11-county Southern California Region continued to show zero percent intensive-care unit capacity for what appeared to be the seventh consecutive day as of Wednesday morning, Dec. 23.

With the county already having received its shipment of 1,200 doses of the Moderna vaccine on Monday, Dec. 21, Angulo said during the board meeting that Imperial County would not be part of a second shipment of Pfizer-BioNTech vaccine sent out this week.

Local immunizations started Friday, Dec. 18, with county Public Health workers, and continued Monday with hospital staff in El Centro and Brawley. As such, Dr. Munday said he’s “not hearing a lot of problems here with the vaccine.”

(The read about immunizations getting underway at the county’s two hospitals, click here.)

(To read about the county Public Health Department’s vaccination program and more on who will be vaccinated and when, click here.)

Angulo, not yet hearing that the number of deaths had reached 400 when she started her presentation to the board Tuesday, spoke a bit about the data concerning fatal COVID cases.

She said early in the pandemic, most of the deaths were concentrated in the age groups above 60 years old. As time went on, the data showed the concentrations moving to include those in their 50s.

More and more cases of those dying at younger ages began to occur over time, as deaths were noted from individuals in their 40s and 30s.

Last week, Angulo said, the county had its first death of a person between the age of 20 and 29. She did not elaborate any further.

Additionally, Angulo updated the board on Public Health’s contact-tracing investigation efforts. Contact tracers track the spread of COVID transmissions between inidividuals, households, and in workplaces.

Angulo said there are now 27 county employees being trained to conduct contact tracing and case investigation: three from Public Health, 12 from Behavioral Health, three from Probation, and nine from the county library system.

Munday advised that the state’s Alternate Care Site at Imperial Valley College, which is run by the county, continues to increase its staffing capacity. Physically capable of handling at least 80 patients, the ACS has staffing to deal with about 40 cases now.

Munday added that a second ACS has been established at Palomar Hospital in San Diego County that will serve Imperial County as well if needed.

Lastly, Munday addressed reports that there is a new strain of COVID circulating in Great Britain. While that is true, he said there is no evidence that it has reached the United States.

What’s more, he said, reports are that the new strain does not appear to be “clinically different” from the current COVID strain, meaning people are not getting sicker from it.

The mutation of viruses is common, he said, and that is why the public sees a new type of flu vaccine every year, because the strains mutate over time.

“We don’t know a lot of detail about it yet,” Munday said of the new strain. 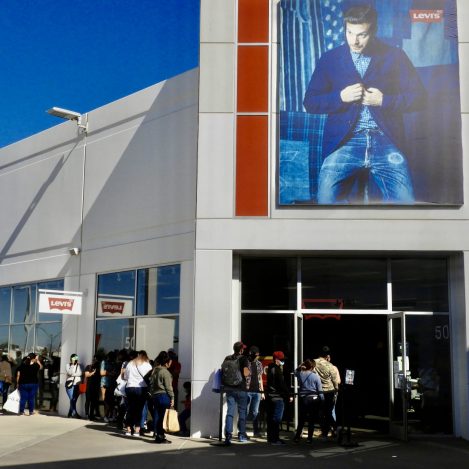