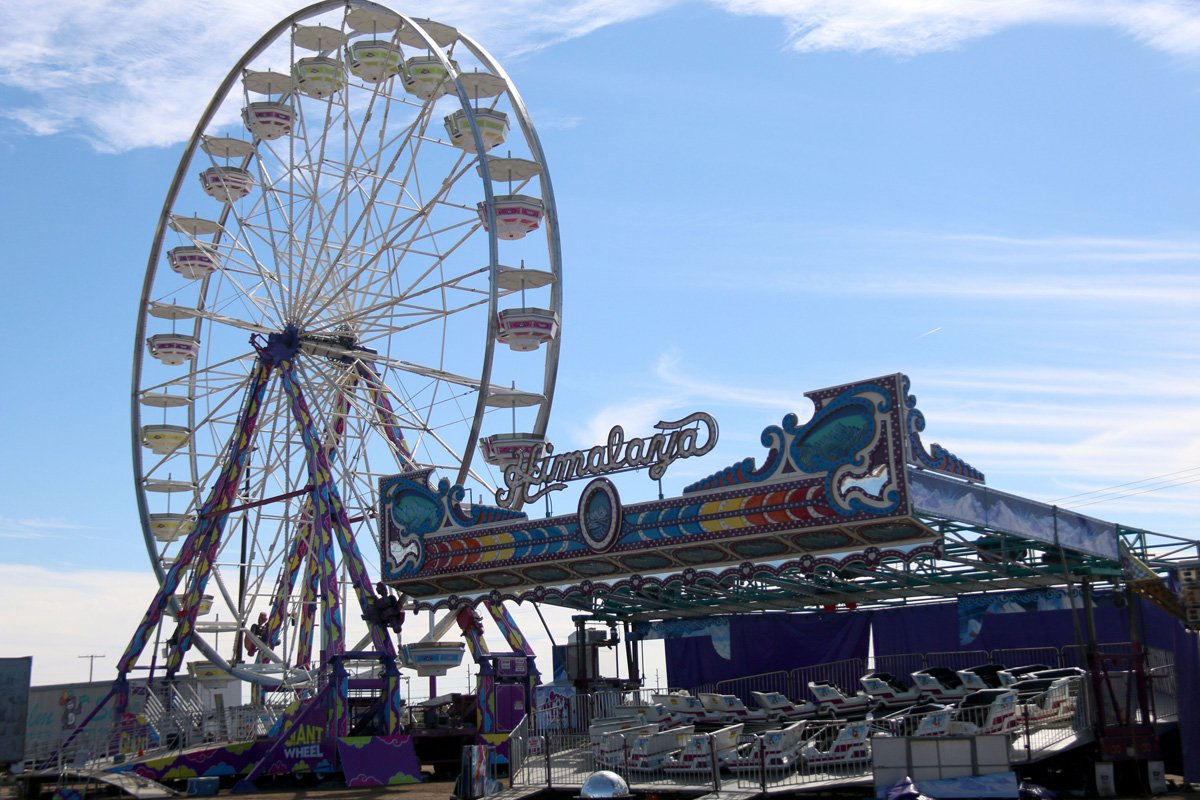 The Ferris wheel and other rides are shown on the midway at the California Mid-Winter Fair & Fiesta. The 2021 fair has been canceled due to restrictions imposed by the ongoing pandemic, it was announced Monday, Dec. 21. | FILE PHOTO
Home
Community Briefs
In Community BriefsCOVID-19

IMPERIAL — The 45th District Agriculture Association Board (Fair Board) unanimously voted to cancel the 2021 California Mid-Winter Fair on Wednesday, Dec. 16, due to uncertainty of future gathering restrictions caused by COVID-19, it was announced in a press release.

Plans are continuing for a junior livestock grading show tentatively scheduled for Feb. 26-28, according to the same Fair Board announcement on Monday, Dec. 21.

“As a major event facility, The IV Fairgrounds has been weighing all of its options, as we monitor the evolving coronavirus (COVID-19) situation,” stated fair Chief Executive Officer Alan Phillips. “There is no higher priority than the safety of our fairgrounds family, patrons, vendors, promoters, and sponsors. The decision was made with heavy hearts and great regret due to this ongoing situation; we understand that this decision has both financial and emotional impact on all of our fair partners.”

The Fair Board had been discussing its options for the last four months and was continuing to hold out hope to hold a fair. However, “after thoughtful consideration, we do not feel it would be a responsible decision to continue with the planning when it could potentially be canceled at the last minute,” Phillips stated in the release.

The 2020 California Mid-Winter Fair had been the final fair held in California before COVID-19 restrictions prohibited public gatherings in March.

“We were the last fair to happen in 2020, so we were very fortunate, and we were hoping we might have a bit of luck to be the first fair that happened in 2021,” Phillips added.

The fair has been an annual event for over 110 years. Additionally, Phillips added that staff is working on alternative ideas for other fair-related activities in 2021. “Our Drive-Thru Fair Food Festival was successful, so doing that again will most likely be the foundation of what we will be doing as an alternative” Phillips stated. Additionally, the Junior Fair Board is exploring ideas that they can do to help our community.

Meanwhile, the fair is continuing plans to conduct a livestock grading show for youths who have animals. The show will be vastly modified from the fair’s traditional livestock events.

“We understand we are going to have to have a greatly modified program in order to pull this off, which will include a limitation on spectators. We will be live streaming the shows in order to allow family and friends to view the show,” Phillips stated.

Animals are shown (under health and safety parameters) and are graded by a judge for their marketability. The state considers these animals as essential to the food chain, which is why this type of show will potentially be allowed. No animals which show will be allowed to go back home nor be allowed to be sold to anyone other than the designated processor.

Exhibitors will receive market price and the fair will conduct an online add-on process to allow for the community to contribute to the exhibitor projects. There will be no auction. The fair is working on a plan for the show that will be submitted to the County and State for approval.

“We thank the community and all of our partners for your continued support during these challenging times,” Phillips stated, and, “We look forward to seeing you all safe and healthy for the 2022 California Mid-Winter Fair March 4-13, 2022.”

Previous
Local Hospitals Start to Vaccinate Their Docs, Others 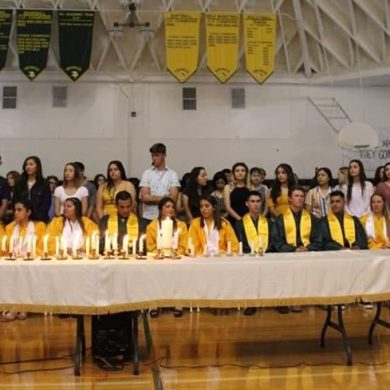 Holtville High Graduation Will Light up the Night