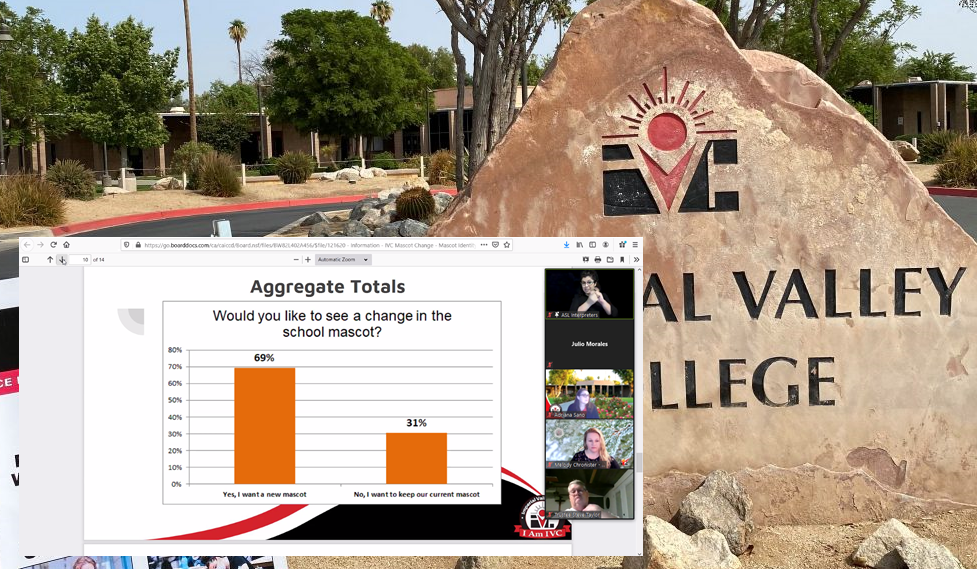 IMPERIAL — A majority of the more than 2,500 individuals who responded to an Imperial Valley College survey asking about their attitudes toward the Arabs mascot expressed a dissatisfaction with it.

All told, 31 percent of the 2,569 survey respondents said they were “very dissatisfied,” with another 28 percent indicating they were “dissatisfied.”

Additionally, 69 percent of survey respondents stated they would like to see a change in the mascot, while 31 percent reported wanting to keep the current Arabs mascot.

The survey results were disclosed by members of the Mascot & Identity Task Force at the Wednesday, Dec. 16, meeting of the Imperial Community College District Board of Trustees as part of an informational agenda item.

Members of the task force will now present the survey results to the campus’ various participatory governance committees, Associated Student Government, and the board in the coming months for further feedback.

Following its outreach efforts, the task force is scheduled in March to provide the campus community with its recommendation regarding the Arabs mascot, ASG President Jorge Silva said.

The online survey was accessible to the public for about eight weeks and allowed community members to participate anonymously. The campus had also hosted a virtual town hall meeting in late October to advise the community of the task force’s purpose and timeline of events.

Other survey results revealed that some 27 percent of the respondents were residents of El Centro, both Imperial and Calexico residents each accounted for 20 percent, while Brawley residents totaled about 16 percent.

Additionally, respondents were asked to select words from a list of about a dozen that they felt best represented IVC. “Community,” “tradition,” and “commitment” were the top three picks for respondents.

The goal of the Mascot & Identity Task Force is to solicit the community’s input to determine their attitudes toward the Arabs mascot and whether a new one should be considered. The process was initiated last year by the ASG and has been resumed by this year’s members as well, Silva said.

Her call for formal action on the matter set off a debate about whether it was appropriate to do so for an agenda item that was advertised to the public as being solely informational.

Gonzalez-Buttner insisted that she was within her rights as a board member to request such a motion and said that she had originally submitted a request to IVC President/Superintendent Martha Garcia well in advance to have the mascot presentation placed on the agenda as an action item.

“You have no right to filter agenda requests,” Gonzalez-Buttner said.

The discussion lasted a few minutes, with some board members expressing a desire to move on to the next agenda item, board President Mark Edney insisting no formal motions were permitted for informational agenda items, Garcia explaining that she may have misunderstood Gonzalez-Buttner’s initial agenda request, and the campus’ legal counsel declaring that the board was prohibited from taking any vote or formal action on the matter.

Ultimately, the board agreed to further research whether board policy allowed for motions to be made on strictly informational agenda items and to clarify the appropriate method to have matters placed on the agenda as action items.

A replay of sorts occurred minutes later when Gonzalez-Buttner, who was sworn in on Dec. 16 along with Area 4 Trustee Isabel Solis because of their Nov. 3 election wins, sought to make a motion on another item she had requested be placed on the agenda as an action item but was listed as informational.

That agenda item had proposed a series of joint meetings between the IVC board and other locally elected school district board members to discuss educational matters.

The proposal received lukewarm support from some board trustees, who indicated such meetings have already been taking place to a large extent.

With the swearing in of the new trustees, as well as that of incumbent Rom Medina, who was appointed in lieu of an election, the board voted to reorganize itself on Dec. 16.

The seven-member board voted 6-1 to reappoint Edney as president, with Gonzalez-Buttner dissenting. Trustee Karla Sigmond was elected as board clerk and President/Superintendent Garcia will continue to serve as board secretary. 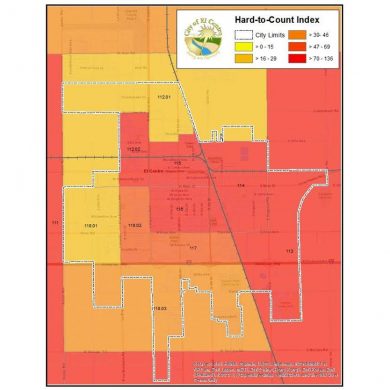