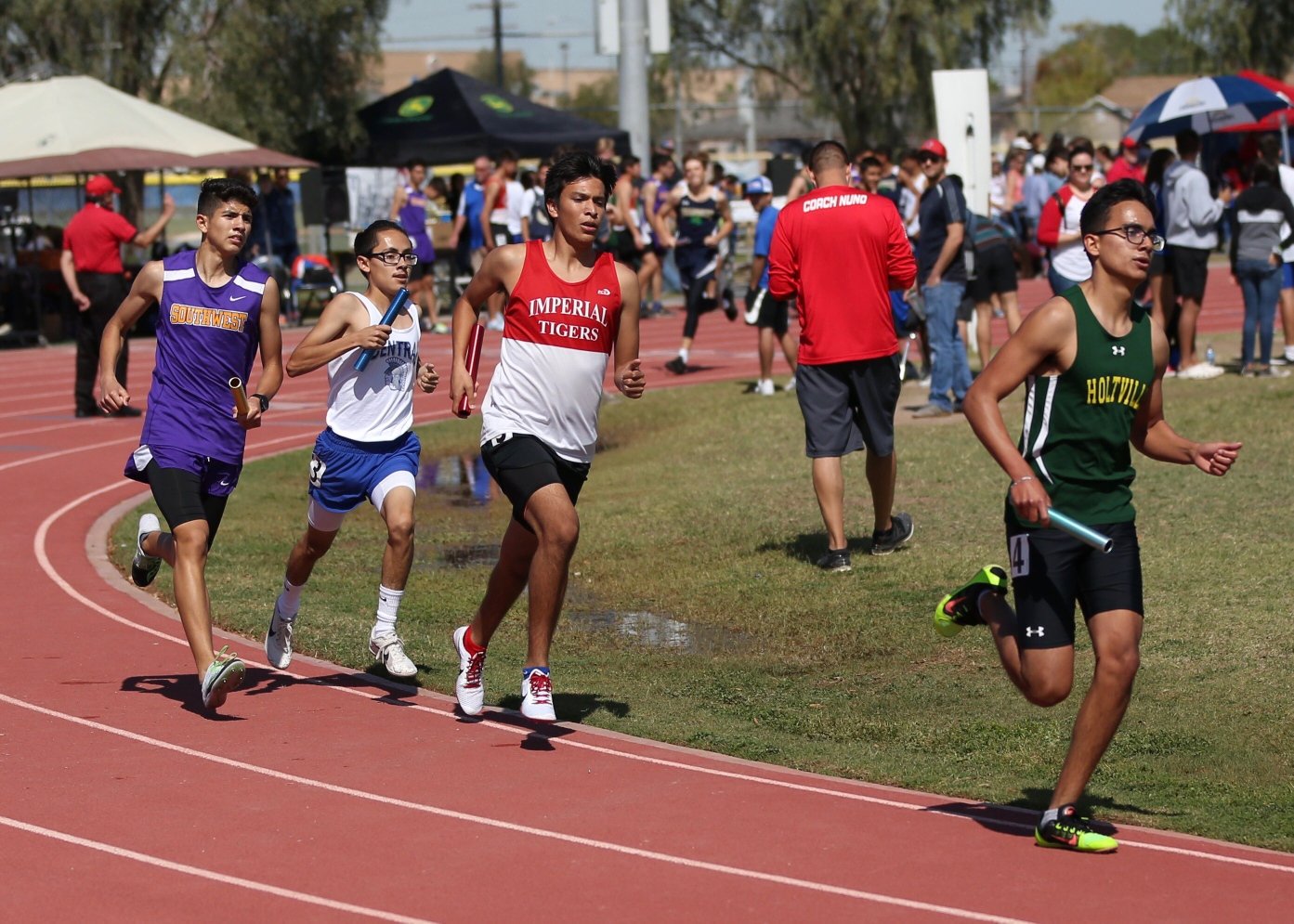 Relay runners from Southwest (from left), Central Union, Imperial, and Holtville high schools compete during a track and field meet in 2019. Track and field is one of the events that CIF-San Diego Section officials say would be open to picking back up again starting Jan. 21 for counties in the state's purple tier. | COURTESY PHOTO
Home
COVID-19
In COVID-19Featured StoriesLocal News

The state released new guidelines this week on youth and recreational adult sports as they pertain to COVID, yet any celebration over resuming high school sports anytime soon could be affected by the ongoing stay-at-home order for Imperial County, according to one local school district.

The guidelines released by the California Department of Public Health on Monday, Dec. 14, placed different sports in the different-colored COVID tiers. When a county is in that colored COVID tier, sports associated with that tier can begin. While this might seem like good news for some of the outdoor, low-contact sports, for others the start date might seem like a faraway, fading light.

Imperial County has been in the widespread (purple) tier since the color-coded system was adopted several months ago. Under that tier, only sports such as cross country, golf, swimming, tennis, and track and field would be able to begin as soon as schools open for either a regular schedule or hybrid schedule of on-campus and online learning.

Dr. Stephen Munday, Imperial County’s public health officer, met with school superintendents on Wednesday, Dec. 16, to inform them that the current stay-at-home order, presumably triggered by a dearth in intensive-care unit capacity in the Southern California Region, supersedes the purple tier and will not permit any youth sports competitions, scrimmages, or travel, according to a release issued by the Calexico Unified School District.

“Any plans that are devised will comply with the most recent guidance,” stated Carlos Gonzales, superintendent of the Calexico district, in the release. “We understand that this may not be the most ideal situation for our athletes, but our focus has and always will continue to be the health and safety of our students, staff, and community.”

State Public Health’s guidelines come a week after the California Interscholastic Federation, the state’s high school sports sanctioning body, announced it was pushing back the start date for official practices from mid-December to January. CIF governs some 1,605 member schools and some 800,000 student-athletes in California.

“CIF is going to follow the state’s lead when it comes to COVID-19 safety precautions,” said C.J. Johnston, Holtville High School’s athletic director and assistant principal. “We all want to get the kids back in the classroom, but it’s got to be done in the safest possible way. If we rush things and there’s an outbreak, then who knows when we could get the kids back in the class or on the field.”

If Imperial County scales the state’s COVID tiers and the stay-at-home order is lifted, more sports would be able to begin.

While the county is in the purple tier, only outdoor, low-contact sports are permitted. For local high schools, that means cross country, golf, swimming, tennis and track and field.

When and if the county progresses to the substantial (red) tier, then outdoor, moderate-contact sports would be allowed. High school sports that could begin at that point include baseball, cheerleading, and softball.

When Imperial County reaches the moderate (orange) tier, then outdoor, high-contact sports and indoor, low-contact sports can start. For high schools, the sports would be football, soccer, and volleyball.

The fourth and final tier for the county is the minimal (yellow) tier that permits indoor, moderate-contact sports and indoor, high-contact sports. For high school sports purposes, that includes basketball and wrestling.

“If and when we return to sports, there are several considerations that must be taken into account, such as associated risk level, when and what type of competitions will be permitted, what practice activities will be allowed for each sport, adjustment to cohort sizes, potential travel restrictions and any other additional COVID protocols,” Gonzales stated in the Calexico Unified release.

Initially, CIF announced that high schools would have two sports seasons with traditional fall sports in Season 1 and the winter and spring sports in Season 2. Now, CIF and the state Public Health Department are planning a reassessment scheduled for Jan. 4 and no sport to begin competition until Jan. 25.

“It is a bit disheartening, but the state is doing this out of an abundance of caution for the kids and their safety and the safety of their families,” said Johnston, who is also Holtville’s wrestling coach.

A new guideline issued by the state that would have a big impact on Imperial Valley high schools is “cohorting.” The state Public Health Department is asking athletes and coaches to cohort by team and refrain from participating with more than one team over the same season.

Simply put, athletes would not be able to play on more than one high school team in a season. CIF had previously said athletes could participate in as many as three sports in a season due to the shortened and combined seasons.

Asking high school athletes to choose just one sport when they normally played one in winter and another in spring could present a numbers problem for smaller schools.

“If our kids are told they can only play one sport, it’s going to be detrimental to some of our more competitive sports,” Johnston said. “It would also cause a problem when it comes to being able to field freshman or junior varsity teams. At Holtville, we just don’t have the number of student-athletes they have at bigger schools.”

Imperial Valley schools might also be limited to playing other Valley schools as the guidelines state that competitions would be authorized only if both teams are in immediately bordering counties and the sport is authorized in both counties. If Imperial County and San Diego County aren’t in the same-colored tier, the teams would not be able to compete.

“That would really hinder us as far as games go. We’d be limited to just playing Valley schools and I’m not sure what that would mean for playoffs or if a county moves tiers in the middle of a season,” Johnston said. “There are still so many questions that need to be answered, but at least we are starting to see the guidelines now and where we need to be.” 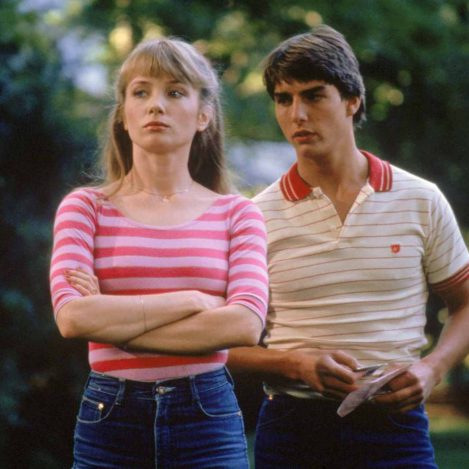