A private home at 425 Washington St. in Calexico (left) and a gas station, convenience store, and car wash, presumably at 1018 Second St. in Calexico, both of which are under construction, are among 332 projects listed in a lawsuit against the city by the Calexico Unified School District over unpaid developer fees the district claims it is owed that total at least $1 million. | COURTESY PHOTOS
Home
Local News
In Local News

CALEXICO — Calexico Unified School District has filed a lawsuit against the city that seeks at least $1 million in damages over unpaid development impact fees the district claims it has not received since 2017, according to a press release issued late Thursday, Dec. 17.

Following the automatic rejection of two claims filed against the city in late October over the same issue, the next step was a formal suit filed in Imperial County Superior Court on Dec. 9 by the Long Beach law firm of Dannis Woliver Kelley.

The city of Calexico was not served with the lawsuit until Wednesday, Dec. 16, according to the press release.

The district claims it received no response to its earlier complaints, nor did the district hear from the city or the City Council on a proposal to enter into an agreement to resolve the issues without litigation.

“As a result, the district was left with no choice but to file a lawsuit against the city to pursue the fees to which it was legally entitled so that the district could provide much-needed district facilities to serve our students,” according to a list of bullet points on the district’s press release.

The school district did provide a copy of the filed complaint along with its press release on Thursday night, but there were no direct statements from any district officials. However, Calexico Unified Public Information Officer Alejandra Limon said Thursday that the information in the release was all attributable to Superintendent Carlos Gonzales.

Calexico City Manager Miguel Figueroa had limited comment on the suit when contacted Thursday night, but he issued a brief statement on Friday, Dec. 18.

“The city of Calexico is in receipt of a lawsuit filed by the Calexico Unified School District regarding school impact fees. The lawsuit alleges the city issued certain building permits without collecting school impact fees and was filed by the school district to preserve their rights,” Figueroa stated. “The city is reviewing the allegations made in the complaint and will respond accordingly. We will keep the public updated as this matter proceeds.”

According to the lawsuit, the unpaid fees were discovered as the school district was updating and justifying its developer fees rates in August and requested city building permit information from 2017-2020 as part of that process. The city provided some limited information from 2019 but told the city it would need to do a records request to get the remaining information, the suit states.

The district filed the records request in September, was given some of what it requested, and again sought more information, the process of which is detailed in the suit. In early October, the school district finally received the building permit information it had requested, and used it find the 332 instances where the district alleges it was not paid what it was due and only 40 instances where it did receive payment.

Limon said Thursday night that the $1 million amount is based on a preliminary calculation at this point and through the process of the litigation, the district is still seeking additional documents that she said might reveal even more fees owed.

The suit explains that “developer fees are statutorily authorized impact fees that a developer or property owner must pay to a local school district when it constructs within the district’s boundaries, in order to defray the cost of increased student enrollment at the district resulting from the development.

“School districts, however, cannot collect developer fees on their own and under the Education Code must rely on cities and counties to ensure that appropriate developer fees are paid,” according to the complaint. “This lawsuit challenges and seeks damages resulting from the city’s failure to undertake its statutorily-mandated duty to assist in the district’s collection of developer fees.”

As part of an exhibit in the suit, the city lists the 332 projects in the city for which it did not get paid and offers its own calculation on the amounts owed for each of the projects, and some of the amounts vary greatly based on square-footage.

“The district has been unable to confirm the square footage of these construction projects for which it should have received fees through informal and Public Records Act requests to the city. But based on the roughly $5,000 in developer fees the district received per project when the city complied with Education Code section 17620, subdivision (b), the district appears to have lost hundreds of thousands of dollars, if not a million or more, in statutory school impact fees from 2017-2020,” the lawsuit states.

Many of the calculated fees in the exhibit list are in the $1,000 to $2,000 range, with several instances in the tens of thousands of dollars. However, there are several weightier projects, two of which have calculated fees owed to the district of more than $250,000 each.

The other heavy hitter is at 1405 Hillary St., Building B, which was granted a permit in May 2019 and is a 52,956-square-foot apartment complex, although the name of the complex was not immediately known. The district’s suit states it is owed $253,659.24 on that project.

In both cases, in what appears to be an addendum to the exhibit, the district states it appears as if some level of fees were paid on those projects, but not the full or correct amounts.

Other weightier projects include: 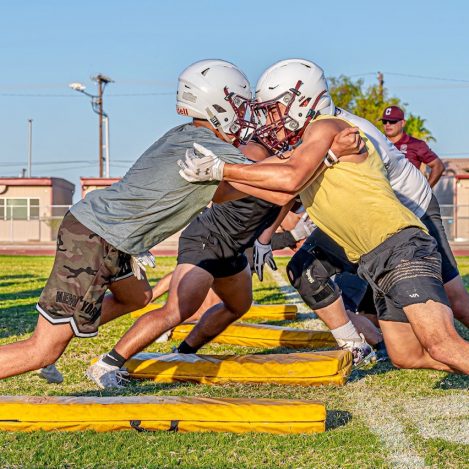