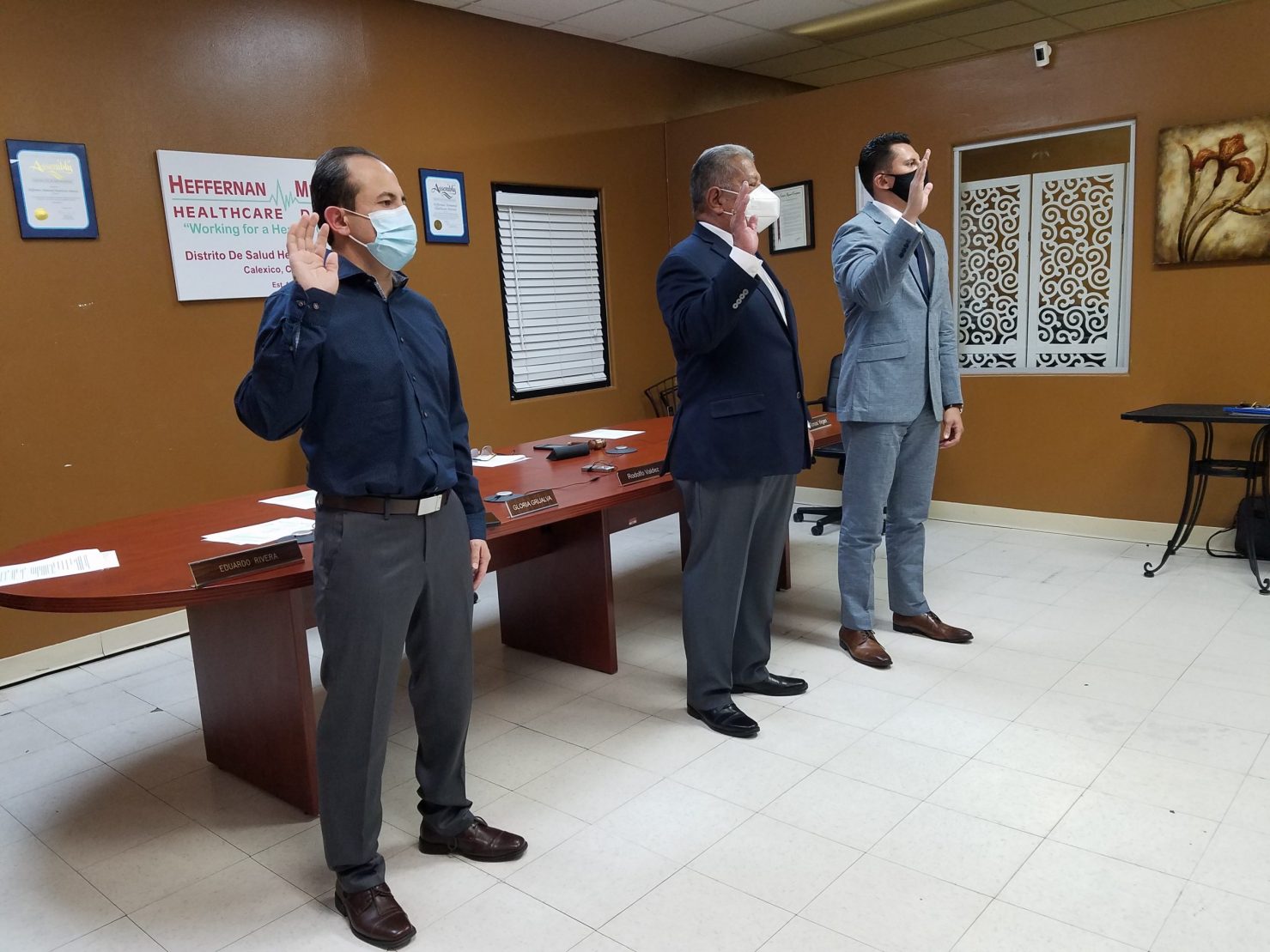 CALEXICO — Three Heffernan Memorial Healthcare District board members were sworn in on Wednesday, Dec. 9, after having ran unopposed in the Nov. 3 election.

Incumbents Rodolfo Valdez and Hector Martinez were two of the newly sworn in members. Both had been initially elected in 2017.

The third, 47-year-old Raul Ureña, will fill the seat vacated by former board member Gloria Romo, who was successfully elected to the Calexico City Council in November.

As part of the board’s reorganization, board Trustee Gloria Grijalva was selected as president, Trustee Norma Apodaca was chosen as vice president, Valdez as treasurer, and Ureña was tabbed as secretary.

Following the meeting, Ureña said he was honored to serve on the Heffernan board and was motivated to run for the seat to help ensure the district assists the community through the COVID-19 pandemic.

“The district needs to have a greater active presence in the community, especially during the time of the pandemic” Ureña said in Spanish.

With more than 15 years of working in the medical field industry and closely with the public, Ureña said he has the knowledge and experience to advocate on behalf of the community.

His focus will remain on the challenges presented by the current pandemic. If in four years’ time a more qualified candidate steps forward, Ureña said he would gladly not seek re-election.

“I’m not trying to become a career politician,” he said. “But if there’s a need to remain here, I will.”

Ureña is the father of his namesake 23-year-old son, Raul Ureña, who was elected to the Calexico City Council on Nov. 3. The elder Ureña said their elections represent the first time that a father and son have served on elected bodies simultaneously in Calexico.

During Wednesday’s meeting, the board also voted 3-2 in favor of tabling a resolution that proposed to change the term of the board’s four officers’ positions from one year to two.

Prior to the board’s split vote, Heffernan General Manager Tomas Virgen, who attended the meeting virtually, expressed hope that the board would approve the resolution.

Currently, the board’s president and vice president spend about six months of their one-year tenure becoming proficient at their roles and afterward only have six months to put those skills to use, he said.

The longer two-year term would allow both the board’s president and vice president to become adept at overseeing the district’s operations and provide time for the president to establish a succession plan, Virgen said.

“That way when the next person comes on, they are ready to hit the ground running,” he added.

Rather than extending the officers’ terms, Grijalva said she would prefer to potentially create an arrangement where the past president could serve as a mentor for the newly selected president.

Her motion to table the resolution was opposed by board members Valdez and Hector Martinez, and supported by Ureña and Apodaca, who attended virtually, and who recently tested positive for COVID-19.

Apodaca’s positive status, as well as that of the board’s part-time clerk, had also prompted the district to implement a bi-weekly cleaning and sanitizing of its office at 601 Heber Ave. Community members visit the office frequently to pick up a free bag containing personal protective equipment, masks, and hand sanitizer.

Calexico has been the city most impacted by the coronavirus, and as of Tuesday, Dec. 15, reported a total of 5,810 positive cases, 603 active cases and 129 deaths, according to the county Public Health Department’s COVID-19 dashboard.

Virgen also provided the board with an update regarding the district’s modernization project for its office building at 400 Mary Ave. Demolition of the buildings’ interior features is expected to get underway Dec. 21 as part of the $2.2 million project.

The board was updated as well about the district’s efforts to organize a flu vaccination clinic jointly with the county Public Health Department soon.

Virgen said he was still in the process of attempting to secure the flu vaccine, which has proven challenging amid a nationwide shortage.

When asked by Ureña whether the county would cover the expenses of procuring the vaccine, Virgen said it remained to be determined, but the district was able to purchase them if need be.

The district is seeking about 500 doses of flu vaccine to distribute to Calexico residents. It is also attempting to obtain vaccine for the shingles and pneumococcal diseases such as meningitis and pneumonia. The flu vaccine will play an especially important role in helping to reduce hospitalizations amid the pandemic, he said.

“The better we do with flu vaccinations the better” for the county, Virgen said. 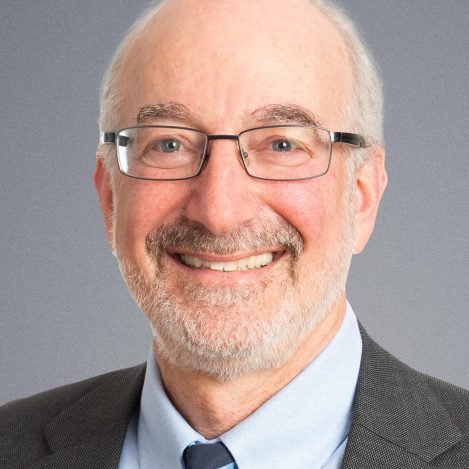