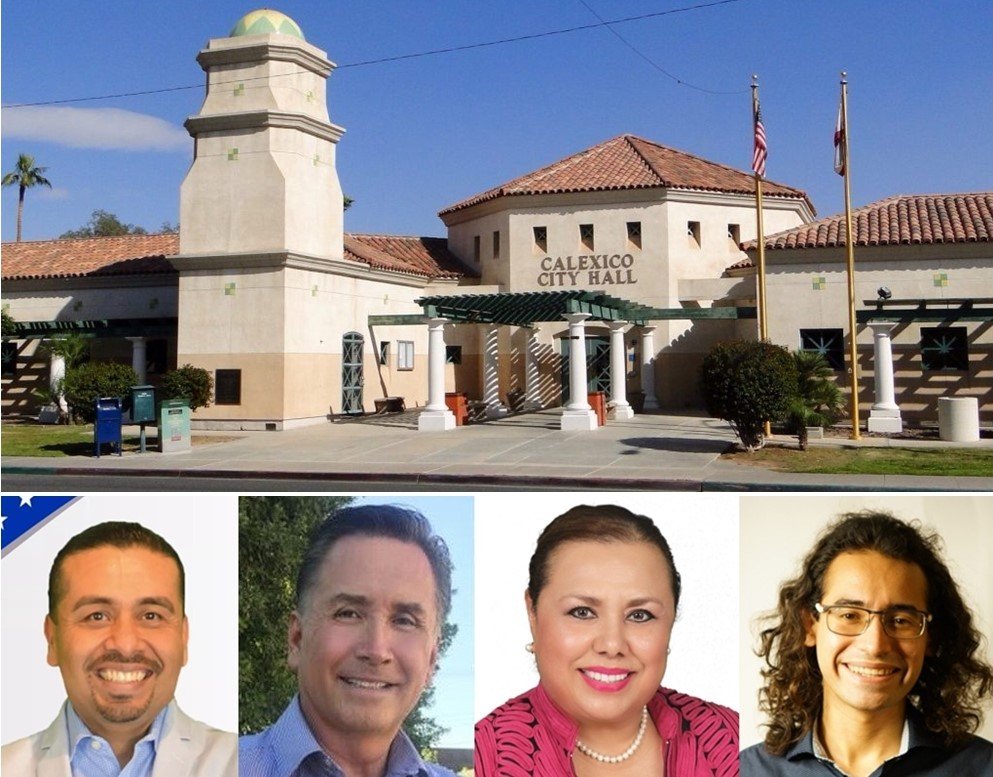 Appointed incumbent Camilo Garcia and new members Javier Moreno, Gloria G. Romo, and Raul Ureña were all to be sworn in to the next session of the Calexico City Council on Thursday, Dec. 10, after winning the Nov. 3 general election. | FILE PHOTO ILLUSTRATION
Home
Featured Stories
In Featured StoriesLocal News

CALEXICO — A focus toward improving the health and economy of the city in a more transparent and community-driven way sums up ambitions held by all four of the newly elected Calexico City Council members, which includes three newcomers.

Following the certification of the Nov. 3 general election last week, the new Calexico council — riding a wave of voter dissatisfaction with incumbency in Calexico and elsewhere — was due to be sworn in during a ceremony near City Hall on Thursday, Dec. 10.

“I hope that we are better prepared and less shy about tackling what our immediate crises are in this city. That’s not just COVID, that is other immediate crises like homelessness, poverty rates, and health rates,” 23-year-old community activist Raul Ureña said during a Tuesday, Dec. 8, interview. Ureña won the short-term post meant to replace disgraced former council member David Romero.

Among those candidates new to the council, Ureña won his two-year seat with a commanding 3,379 votes, or more than 68 percent of the votes cast, over incumbent appointee Morris Reisin, who garnered just 1,286 votes, or about 26 percent.

The three new faces leading the city will be joining Camilo Garcia, who also won a full-term seat on the council following his previous council-appointed two-term position in place of Romero after he pleaded guilty to public corruption charges leaving the council several months back, and Mayor Rosie Arreola Fernandez, the sole member of the council whose seat was not up for election this year.

“The citizens need to be told the truth always, they need to be told exactly where we are financially, toward our safety, health and everything else,” Moreno said Dec. 8, speaking of his plans for his time on the council.

“I believe one of the keys of engaging with my community is understanding the issues that affect them the most and to provide those basic services that they pay for,” he added

Moreno, who previously ran for a seat on the council in 2018, hopes to improve the council’s community engagement and continue to educate the community on the need to curb the spread of COVID-19.

“How do we get our city healthier is a main concern,” Moreno said. “We need to work along with the citizens and engage with them and make sure everyone is heard and that they hear us.”

Like most of the newly elected council members, Moreno is also looking forward to hearing about factors involved in the city manager’s five-year strategic proposal, which will be presented to the council for review in the coming weeks.

“We want to review that and see where we are vulnerable financially,” Moreno said. “I know we had a budget deficit up until 2019 and this thing about us just balancing the budget is not going to cut it.”

“We need to have a margin of healthiness that we can tap into for resources to help people during a pandemic, especially for people who can’t pay the rent, can’t pay their mortgage and electricity bills,” he continued.

Likewise, Gloria Romo, who secured the most votes among the vacant full-term council positions with more than 16 percent, also is looking forward to reviewing the upcoming five-year plan to ensure more is done to secure the city’s financial future and “lead us to the financial recovery of the city,” she said.

“The plan must contain the main viable projects authorized by the majority of the council,” Romo said. Some projects on Romo’s radar include affordable housing projects, projects to prompt social benefits and improvements to the city’s employment and health.

“My biggest hope is for COVID-19 to end and to those who have been affected to regain their health,” Romo added.

Gaining a handle of the ongoing pandemic is also on the immediate agenda of returning council member Garcia as he prepares to work with his new council members in the coming weeks.

“Short term, we have to deal with COVID and the health emergency we have going on,” Garcia said. In preparing for the long-term, Garcia also hopes to work on the city’s economic development to promote more local businesses.

“As you know, Calexico has great potential, but we also have some things we have to work on,” Garcia said. “We have to make sure we’re not just saying we are open for business, but that we make it possible for whoever wants to come to Calexico to come and do business.”

Garcia hopes to bring about more economic development in the city by working with the community and encouraging them to stay involved in the city’s affairs.

“I want to make sure that engagement continues because participation is going to be key,” Garcia said. “I know we are going through very difficult times, but eventually we will come out and we want to come out stronger than ever before.”

Raul Ureña, one of the youngest ever to join the council, also hopes to create a stronger future for the city by focusing on issues affecting the community including homelessness, public transportation, and affordable housing.

“There are some long-term anti-poverty solutions that I would hope to set the groundwork for in my two-year term, specifically things that I think will help us address these,” Ureña said.

He also believes the city needs “better and more effective collaboration with Heffernan Memorial as well as the Calexico Unified School District when it comes to matters of education, employment, health and public safety” as “it encompasses a lot” and requires the community’s input.

During the event, council members Pacheco, Hodge and Reisin will be formally thanked for their service to the city and welcome the new council to the city. A recording of the event will be posted to the Calexico City Hall Facebook page for those who would like to view the ceremony at a safe distance, according to event details.

Previous
Education, Not Enforcement, of COVID Restrictions is the Priority 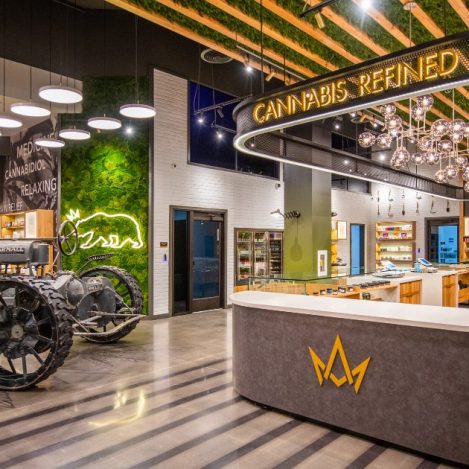