Mud pot fields near the southeastern shores of the Salton Sea show the potential energy brewing beneath the surface of the known Salton Sea Geothermal Resource Area where EnergySource have built geothermal plants and others like Controlled Thermal Resources of Australia are also developing geothermal plants. Ultimately, both companies will also build lithium-extraction facilities to draw the valued mineral from the geothermal brine and serve a demand that is escalating rapidly. | CONTROLLED THERMAL RESOURCE PHOTO
Home
Local News
In Local News

Nine of the seats on the state’s new Lithium Valley Commission have been filled.

The remaining appointments will be made by the California Public Utility Commission, the Secretary of the California Natural Resources Agency, the Senate Committee on Rules, the speaker of the Assembly, and Gov. Gavin Newsom.

Assembly Bill 1657, authored by Assembly member Eduardo Garcia, D-Coachella, requires the creation of the Lithium Valley Commission, which will look into specific issues and potential incentives regarding lithium extraction and use in California.

Upon his appointment, Supervisor Kelley said, “Imperial County is rich in natural resources to support the expansion of lithium extraction. This exciting new industry has the potential to generate millions of dollars in revenue and jobs for our region.  It is an honor to be a part of this new venture representing Imperial County.”

“I am proud to represent the IID on the Lithium Valley Commission,” Hanks stated in an IID press release. “The recovery of lithium from geothermal brine is an exciting and significant new opportunity for this industry. It has the potential to unleash millions of dollars in new economic infrastructure development and job creation at the local and regional level. As California continues to move aggressively on its clean energy and environmental goals, electrification of our transportation sector will require growing supplies of lithium batteries. Why not have it come from our own state?”

Appointment to the commission will be effective on Jan. 1, when AB 1657 goes into effect.

(Read the Calexico Chronicle’s further reporting on what the development of the lithium-extraction industry could mean to Imperial County here.)

David Hochschild, chair of the California Energy Commission, said the appointees to the Lithium Valley Commission represent a “committed and diverse group of stakeholders that will bring their expertise to the table.” CEC Commissioner Karen Douglas further added that the commission and the work they do has a direct nexus to the state’s restoration efforts at the Salton Sea.

In September, Newsom signed AB 1657 to create the blue-ribbon commission meant to explore and expand the state’s emerging lithium-recovery industry.

“After years of concerted advocacy, we have successfully secured California’s commitment to explore the abundant lithium extraction, renewable power potential of the Salton Sea geothermal resource area,” stated Assembly member Garcia in a press release regarding the bill. “In addition to helping meet our clean energy goals, this commission could serve as a valuable lever of our state’s economic recovery strategy.

“The passage of AB 1657 is a major victory for our region, especially for our most impoverished communities who would benefit from the jobs a competitive lithium industry will bring to our area,” he added.

The commission is required to submit a report to the Legislature documenting its findings and recommendations by Oct. 1, 2022. 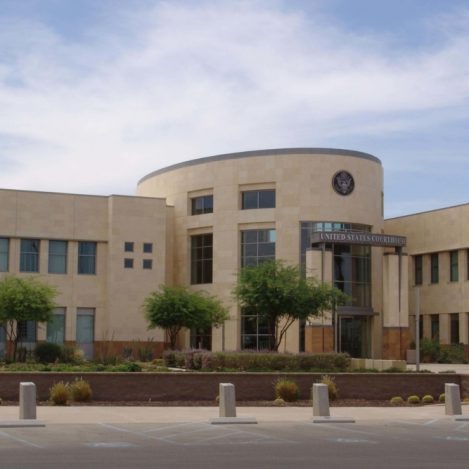