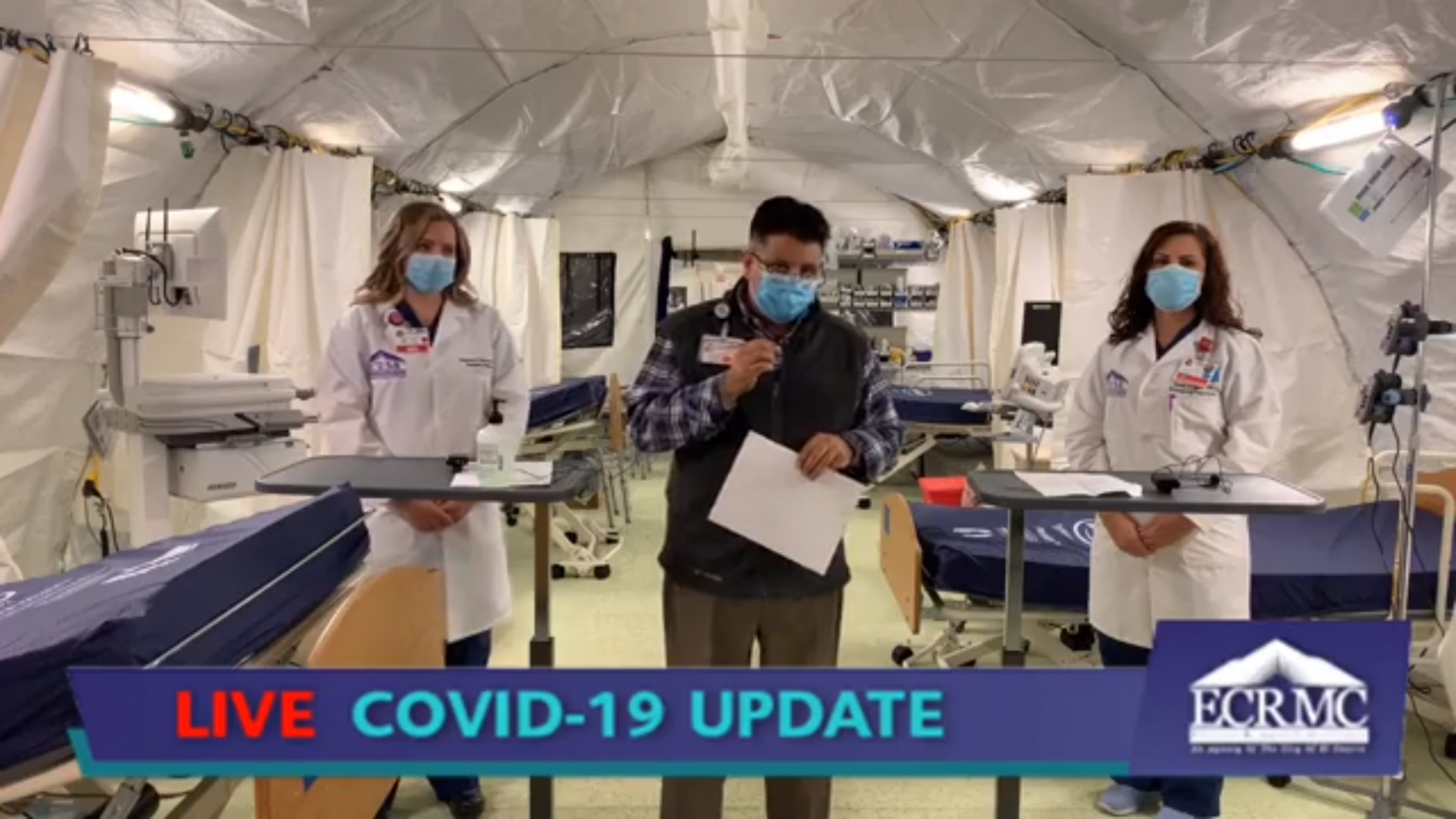 The first shipment is but of a fraction of the initial 327,000 doses (just under 0.3 percent) that the state is due to receive this month.

During a report to the county Board of Supervisors, information about the vaccine and how it will roll out was given even more clarity as the first delivery approaches.

Meanwhile, as intensive-care unit capacity in Southern California hovers around 10 percent, and zero percent locally, according to the state’s most recent data, El Centro Regional Medical Center was to start moving the first 21 patients into its 50-bed tent expansion in the hospital’s north parking to increase patient capacity.

The tent was due to receive the first patients through Wednesday, Dec. 9, said Adolphe Edward, the El Centro hospital’s chief administrator.

The expanded capacity comes just in time for the slammed hospital, where according to its census data for Wednesday, there were 88 COVID-positive patients admitted of a total of 146 total patients in the 161-bed facility. It was not immediately available the morning of Dec. 9 how many of those were ICU patients.

“Our staff is tired … we’ve been at this for nine months. … We’re getting tired, of course, because we don’t see any end to COVID,” Edward said during an update for the public via Facebook Live from inside the expanded 50-bed medical-surgical tent.

Appearing with emergency department staffers, Dr. Shavonne Bordchardt and nurse practitioner Susan Bravo by his side, he implored the community watching to do its part by wearing their masks, staying at home, limiting gatherings, practicing social distancing, and washing their hands.

“People need to do their part to help us,” Edward said.

Responding to questions coming in during the live update, Edward said of 36 ventilators in use on Tuesday morning, 35 of them were by COVID patients. He added the hospital had 75 “vents” total.

The most recent combined data for the county comes from Monday, Dec. 7, when there was a total of 121 COVID-positive patients and one suspected of being positive between the two hospitals. There were 28 COVID patients taking up ICU space and zero beds remaining on Monday.

ICU capacity for the cumulative Southern California region was 9 percent as of Wednesday night. Conditions were even worse for the San Joaquin Valley region, which was at 4.2 percent capacity.

Combined, some 36 of 58 California counties and 77 percent of the state’s population is now under the state’s new stay-at-home order due to ICU capacity problems.

(To read more detailed reporting on the stay-at-home order and other COVID-related news, including the latest coronavirus-testing information, click here.)

To offset some of the pressure on the local hospitals, there were 18 patients in the Alternate Care Site at Imperial Valley College on Wednesday. The ACS is for less-acute COVID patients and those on the mend who still need observation and some professional medical intervention.

In the past few weeks, as COVID hospitalizations have ramped up, so, too, have out-of-county transfers. Since Nov. 11, there have been 64 patient transfers as of Monday, Dec. 7.

In terms of local COVID data, Imperial County had 1,659 active COVID positive cases as of Dec. 9, with 367 deaths reported, a seven-death increase over the previous day. Death reporting is delayed, so it’s not clear when and over what period those deaths occurred.

Imperial County will undoubtedly be receiving the Pfizer vaccine in the initial shipment the county Public Health Department expects to arrive between Dec. 16 and 18, Director Angulo said to the county board.

Coming in a single box that Angulo described as a “pizza box,” the first shipment will contain 975 doses targeted for “higher risk” healthcare workers who work directly with COVID patients, she said. The healthcare workers, as well as first responders who might come in contact with COVID-positive patients, are part of what Public Health officials have called Phase 1A of the vaccine deployment.

Angulo said the first doses will be distributed to hospitals so the vaccination of the healthcare workers can occur.

Although Phase 1A also includes residents of long-term care facilities, such as senior citizens, it isn’t likely that will occur until subsequent shipments.

Although it is well-known that both the Pfizer vaccine and the vaccine to soon follow in several weeks, Moderna, are administered in two doses, Public Health Officer Dr. Stephen Munday said Tuesday he has been advised by the state to administer all 975 doses immediately, with the second dose to follow in successive shipments.

Angulo said she has been told by the state that a new shipment of vaccine is expected to follow each week, but that has not been confirmed. Munday said that the second dose of the Pfizer vaccine must be given after 21 days and, for Moderna, it would be 28 days later.

A local vaccine plan was due to the state by the end of the day Dec. 8; that plan was not immediately available, although a copy of it had been requested by this newspaper.

The plan had been developed by the county Public Health Department in coordination and consultation with numerous healthcare agencies and organizations, as well as regional environmental, social, and health equity groups.

Fielding several questions posed by District 1 county Supervisor Jesus Escobar, Dr. Munday said Tuesday that the vaccine is believed to “decrease the likelihood that someone would become severely ill (with COVID-19) once they are vaccinated.”

Also, it is thought it could prevent illness in certain situations.

It was an important distinction, as Escobar asked whether the vaccine was supposed to prevent COVID infections entirely or decrease severity and symptoms, both great questions, Munday told him. 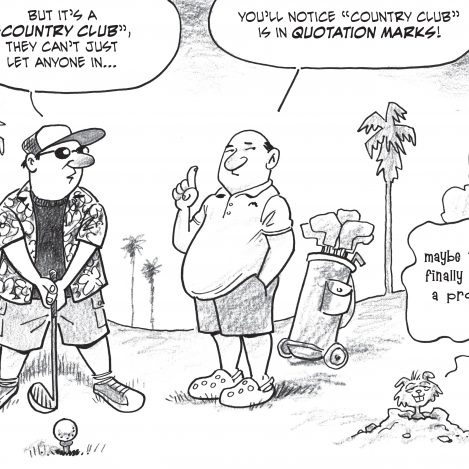 GILGAR: Asylum Seekers at Barbara Worth Cause Stir