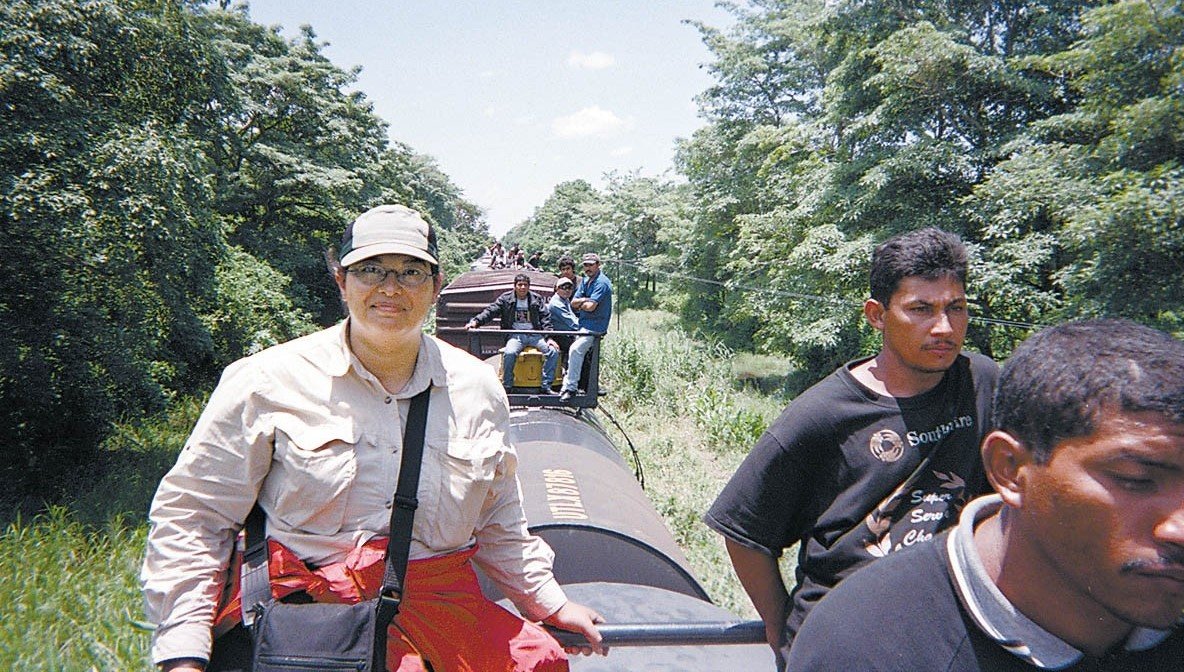 Pulitzer Prize-winning author Sonia Nazario is shown riding atop the notorious “Train of Death” in southern Mexico in 2000 that many Central American immigrants ride en route from their home countries to the United States, as they flee from political and other forms of violence. She rode the train twice, experiences that informed her reporting for the Los Angeles Times and her novel, “Enrique’s Journey.” | COURTESY PHOTO
Home
Local News
In Local News

Two-time Pulitzer Prize-winning author Sonia Nazario is first and foremost a journalist, someone who has written about some of the nation’s most intractable problems for national media outlets since 1988.

Yet, Nazario also is an outspoken advocate for the fair and humane treatment of immigrants, a position she adopted in recent years after having attended immigration court hearings that she said were a “sham.”

Her nearly two-hour presentation attracted a few dozen attendees and centered largely on immigration trends and policy, her reporting on those topics, and what the public should know about the immigrant experience.

“Migrants bring grit, they bring determination that has for centuries lifted up this country, and honestly make it great,” Nazario said.

One such determined migrant is Enrique, a Honduran boy that Nazario profiled in a series of Los Angeles Times articles in 2002 that detailed his perilous journey from Honduras to the U.S. in search of his mother as a 17-year-old.

For her articles, Nazario won the Pulitzer Prize for feature writing in 2003. In 2006, her expanded reporting was published by Random House in the book “Enrique’s Journey: The Story of a Boy’s Dangerous Odyssey to Reunite with His Mother.”

Nazario, who was born in Wisconsin and raised in Kansas and Argentina, had displayed some of that same grit when she graduated from Williams College, despite nearly flunking out her freshman year.

She credits her graduation on her hard work and a few mentors who made her feel welcome at a time when she was just one of a handful of Latino students at the Williamstown, Mass.-based campus.

Feeling welcome at school can be a challenge for many immigrant children, many of whom are likely to have had traumatic experiences in their home countries and while immigrating to the United States, Nazario said.

Counseling and tutoring services could help some of those traumatized immigrant students, as would culturally responsive curriculum and teachers.

This is especially true in California, where some 300,000 undocumented students are currently enrolled in school and where about 7 percent of its overall population is believed to be in the country illegally, she said.

This semester, IVC Teaching and Learning Center faculty that are part of its Equity Book Club were assigned Nazario’s book to read. The book’s themes of optimism, struggle, and illegal immigration really hit home for them, said Cerise Myers, IVC art professor and activities coordinator for the center.

“We’re working hard to increase equity on our campus and provide support for our students, many of whom are immigrants or the children of immigrants,” Myers said in an email Friday, Dec. 4. “Sonia’s deeply moving, inspiring presentation (on Friday), with its themes of persistence and recognizing our shared humanity, really emphasized just how important that is.”

Nazario’s virtual appearance was made possible by grant funding obtained by the campus’ Student Services team.

During her speech, Nazario also made it clear that she is in no way an advocate of open borders and said that immigrants who are not granted asylum after impartial court proceedings should be deported. As things stand right now, the U.S. Department of Justice has deeply politicized the immigration court system, Nazario said, and rendered the courts largely incapable of imparting fair rulings for asylum seekers.

On one occasion, she observed young children serve as their own legal counsel in immigration court, including one who had wet his pants and another who was shaking uncontrollably on account of the intimidating experience, she said.

“It turned me into an activist instantly,” Nazario said.

Since its inception, she has been a board member of Kids In Need of Defense (KIND), started in 2008 by Microsoft and Angelina Jolie to recruit pro bono attorneys to represent unaccompanied immigrant children appearing in immigration court.

As critical as she was about President Donald Trump’s immigration policies during her presentation, she had just as much criticism of former President Barack Obama’s policies as well, referring to him as the “deporter in chief” for having overseen the formal deportation of more than 3 million immigrants during his eight-year tenure, more than his two predecessors combined.

“He was actually more efficient in deporting people than President Trump would be,” Nazario said.

She did express support for President-elect Joe Biden’s proposal to fund a $4 billion program that would help combat corruption, strengthen government, and help foster economic development in Central America. And predicted that Biden can expect a surge this winter of Central American children at the southern border who are fleeing increased violence in their home countries.

“It is right to help people coming from countries where the U.S. played not a small role in the mayhem they are currently living through,” she said.

Within IVC’s English as a Second Language department, immigration is something of a regular topic that at times is incorporated into class assignments, said ESL assistant professor Elizabeth Kemp.

Such assignments will ask students to share the story of their name, their culture, and compare and contrast their past educational experiences to their experience at IVC.

“Research has shown that relevant curriculum and opportunities to connect concepts to personal experiences help students retain information and learn more deeply, so we try to find ways to make those connections often,” Kemp stated in an email Saturday, Dec. 5.

To help counter the dehumanizing language and measures that immigrants have been subjected to in recent years in America and elsewhere, consequences need to be in place for those who would perpetuate such practices, Nazario said.

“We need to bring the humanity back to immigrants,” she said. 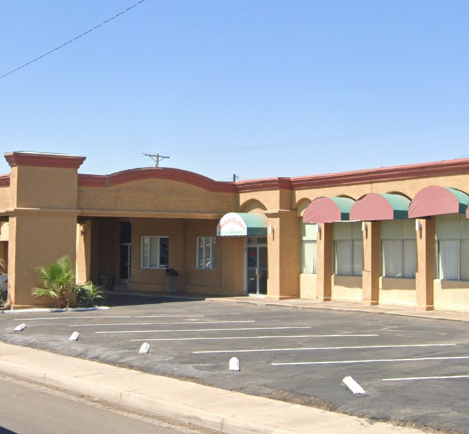