Three of four members of the Calexico City Council sit on the dais during the Dec. 2 regular meeting, the last full meeting of the current iteration of the City Council following the certification of the results of the Nov. 3 general election. Four new council members will be sworn in on Thursday, Dec. 10. | VIDEO SCREEN CAPTURE
Home
Local News
In Local News

In what was the final full meeting of the current iteration of the Calexico City Council, the city’s governing board said a few goodbyes and heard a thank you or two on Wednesday, Dec. 2, before tackling a relatively tame agenda of mostly nonconfrontational city business.

It appears as if any political heavy-lifting will be left for the new-look City Council, which will see three new members and one appointed “incumbent” sworn in on Thursday, Dec. 10, before the first full regular meeting, likely scheduled for Dec. 16.

Seen as a referendum on the status quo, two full-term council members, Bill Hodge and Lewis Pacheco, and appointed council member Morris Reisin, were defeated in the Nov. 3 general election, which was certified and made official on Dec. 1.

Appointed incumbent Camilo Garcia, who was selected by the council several months back to replace disgraced former council member David Romero after he pleaded guilty to public corruption charges, won election to a full-term seat.

Other than that, it was new faces all around for the council, which included the election of top vote-getter Gloria Romo, followed by Javier Moreno.

Unclear on Dec. 2 whether there would be a chance to sit on the dais again, Hodge took the opportunity to say a few words about his time on the council.

“I personally believe, and I think evidence backs me up, that this has been one of the best councils we’ve had in a long time, as far as fruition, accomplishment, direction, and of course, it’s led by a great administrative team and staff,” the two-term council member and two-time mayor said.

“We have faced crises and we have overcome them, but I think the public needs to understand, if I may pat ourselves on the back … we have planted seeds already, and as the majority of us leave, those seeds will take root and come to fruition in the later council,” Hodge said. “It was due to our hard work and diligence.”

Pacheco, who had also served two terms on the council, remained mostly silent, and Reisin did not attend the meeting.

Mayor Rosie Arreola Fernandez, the sole member of the council whose seat was not up for election Nov. 3, said her goodbyes early.

“We have come a long way, and we have worked together, and I guess we just have to move forward. … I want to thank my colleagues,” she said at the onset of the meeting.

Former Calexico council member and current District 1 Imperial County Supervisor Jesus Escobar was in attendance on other business, but he took a moment to laud Hodge and Pacheco.

In Calexico, he said, “it’s sink or swim. It’s a demanding city, you have to do it with your heart,” adding that serving on the council in a political hotbed like Calexico can be “thankless.”

Escobar added that while he did not spend a great deal of time on the council with Pacheco and Hodge, he appreciated their support, experience, and “advocacy for Calexico as community stakeholders.”

Meanwhile, in getting down to the people’s business, the council took up a pair of art-related matters. In keeping with a decision earlier this year to split the city’s Community Services Department into separate departments for the library and recreation, the same was done for the city’s public advisory committee.

In a 4-0 vote, the council approved a city ordinance splitting the current Library, Arts, and Historical Board into two separate entities — the Library Board of Trustees and the Arts and Historical Commission.

The timing worked out in that the newly seated council will be tasked early with commission appointments.

In another arts-related issue, the council directed City Manager Miguel Figueroa on a 4-0 vote to execute a sublease agreement with the Calexico Arts Council for use of the Carmen Durazo Cultural Arts Center at 421 Heffernan Ave. for a period effective through Sept. 18, 2029.

Under the sublease agreement, the Arts Council pays no rent to the city, according to the materials in the agenda prepared by Norma Gerardo, recreation manager, whose department oversees the Carmen Durazo center.

Additionally, the council authorized Figueroa to sign an amendment to a professional services agreement with a company that provides loan portfolio services for city-run housing programs, and adopted a resolution formulating a policy whereby electronic and digital signatures are used for city business.

On the loan services, the city has a contract with AmeriNational Community Services to provide collection and remittance of payments, payments of property taxes, and insurance monitoring, among other functions, for city housing programs that was set to expire Dec. 31. The approval extended that professional services agreement.

The $17,000 annual cost of the agreement is paid through housing program funds and does not impact the city’s general fund.

With the e-signatures, the council both adopted a policy regarding the usage of such signatures but also implement a platform for their usage, according to a staff report prepared by Figueroa.

According to Figueroa’s report, in addition to this being a normal course of doing business, the pandemic has shown the need for such a platform and process. Also, a platform service will likely cost the city about $3,100 a year. 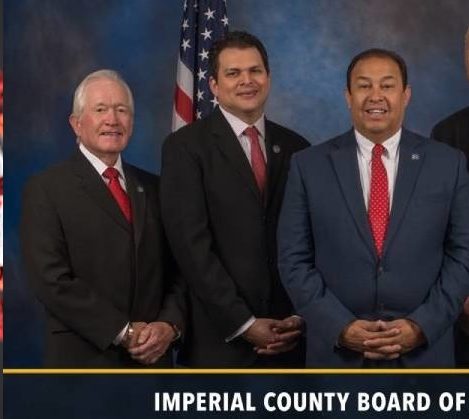 COVID Year in Review: Supervisors Hope for Positives in 2021