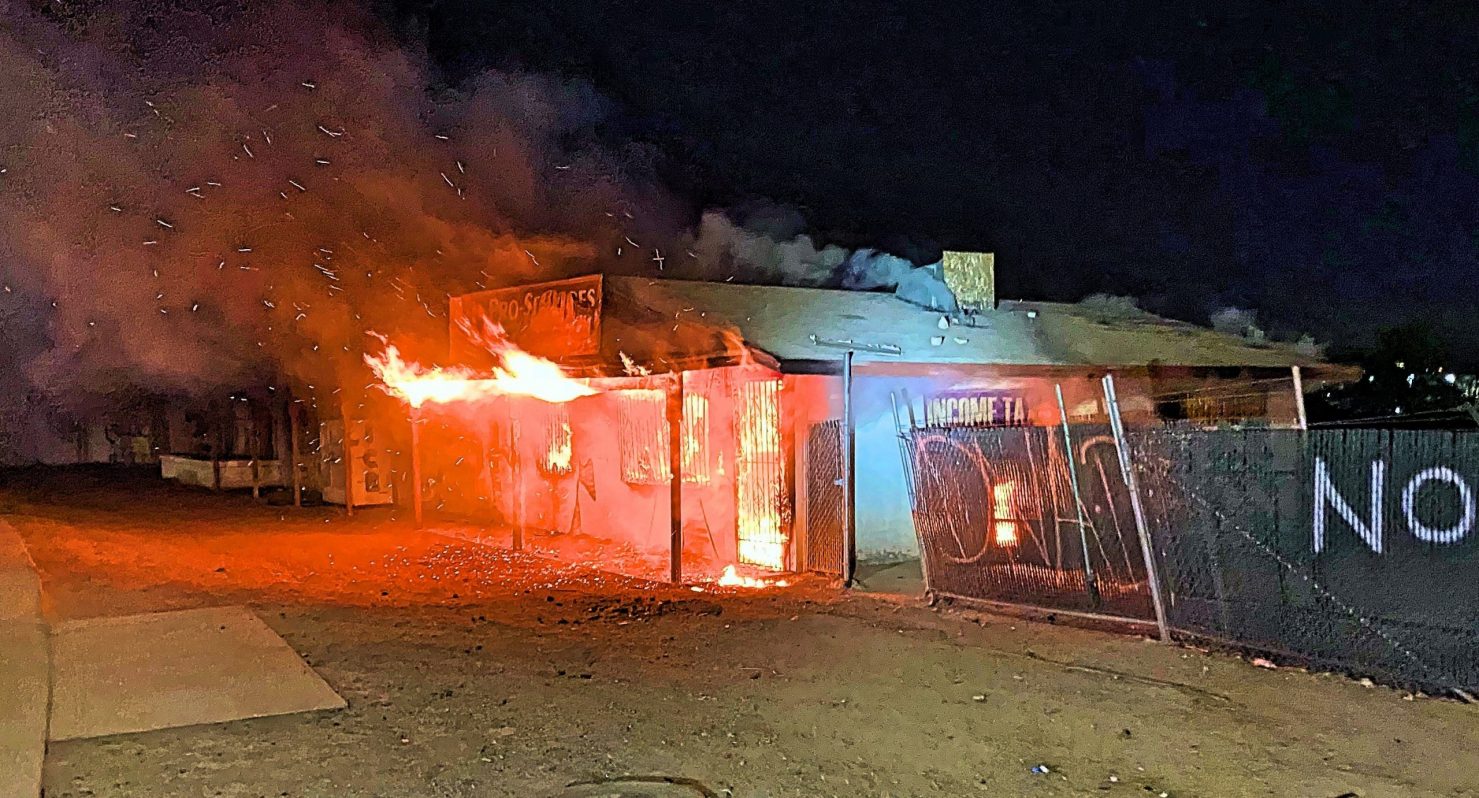 An arson fire in the 300 block of Cesar Chavez Boulevard in Calexico in late November was one of several intentionally set blazes during the month, according to Calexico fire officials. Many of the fires, one captain said, were believed to have been set by transients. | PHOTO COURTESY OF IMPERIAL VALLEY LAW ENFORCEMENT AND FIRE
Home
Local News
In Local News

November Sees a Rise in Transient-related Fires in Calexico

CALEXICO — Fire officials have observed a noticeable increase in the number fire incidents believed to have been started by transients in the month of November.

“We have had an increase in arson fires that after investigation were found to be related to the transient homeless population,” Calexico fire Capt. Eduardo Rivera said during an interview on Wednesday, Dec. 2. “That has slightly increased, not to say dramatically, but just enough for us to take a notice of it.”

The Fire Department responded to 12 fires during the month, which included a wide range of fire-related calls, from arsons, structure fires, and home fires, Rivera said.

“The most recent was one we had on Thanksgiving (Nov. 26),” Rivera said. “On that one, we do have an unidentified individual seen lighting a shed on fire, which ultimately completely burned.”

By utilizing surveillance footage captured near the scene, the department was able to view the unidentified individual leaving the scene on a bicycle. As a result of the shed’s destruction, a nearby warehouse also sustained fire damage to its exterior and similar damage to portions of the building’s ceiling, Rivera said.

“We can’t say if they were transients or not because there was really no way to tell,” Rivera said of the suspect seen lighting the shed ablaze.

Other arson-related incidents in November were able to utilize surveillance footage to identify individuals known by the Calexico Police Department as local transients and whom officers were able to detain a day following each incident, Rivera said.

In similar cases involving arson fires started by members of the homeless population observed in early January, Fire Chief Diego Favila told this newspaper that some incidents were likely caused by fires meant to either provide warmth or for cooking by local homeless individuals given that they involved no electricity or gas.

Along with the arson fires, the holiday season can bring with it its own fire-related concerns with home fires occurring as a result of electrical or cooking mishaps, explained Rivera.

“If you are using a real tree for the holidays, you need to make sure you water it daily because that is very important,” Rivera said. “There is a very intense probability of fire if it becomes too dry and we don’t want that.”

Besides keeping up with the proper Christmas tree maintenance to make sure it stays as fresh as possible, Rivera also recommends following your city’s tree disposal methods as dry trees can easily succumb to flames if lit.

“Also with lighting, be very cautious of overloading your house’s electrical capability,” Rivera said. “Make sure if you’re noticing the breakers popping, those are indications that something needs to be looked at or you’re overloading the system.”

Rivera also suggested when cooking this holiday season to “always make sure that you’re tending to the stove, that your handles are inward to protect children,” and when frying frozen foods or other meals to be very cautious.

Among the fire incidents Rivera responded to last month, one did involve a “normal home fire in a residence” that was the result of a stove top catching flames.

“It was very minimal, it was a cutting board that was left on top of (the stove) accidentally,” Rivera said.

In addition to the holiday precautions, fire crews have also had to deal with safety measures brought on by the ongoing pandemic.

“Patient safety and provider safety is going to be key and we actually go slower on the calls because we have to limit the number of people that come into contact with the patient until we can confirm there is no possibility for COVID,” Rivera said of the department’s duel ambulance services.

Responders have utilized a series of questions done during a doorway assessment to identify the potential risk of a patient contracting the coronavirus. If no such threat exists then responders will all enter the home normally, however if not then COVID-19 safety protocols will be conducted, Rivera explained.

“If we ever get to a point where we’ve identified that there is a potential for COVID to be in that call we will limit the number of responders to one person that goes in and if other people are needed then it is very systematically done to minimize the provider’s exposure,” Rivera said.

The added precautions and time spent implementing them has been the majority of the impact the pandemic has had on the fire department, Rivera noted.

“We are doing very well,” he said. “We do get assistance from the other ambulances, but for the most part we are running pretty close to 95 percent or higher (response) to all of our calls.”

Averaging over 14 calls a day, the fire department has responded to a majority of their calls, which includes fire, medical, public assistance and service calls, Rivera said.

To stay safe this holiday season, Rivera also recommends people educate themselves on fire safety tips by watching YouTube videos that outline how to keep your home safe from preventable holiday fire hazards. 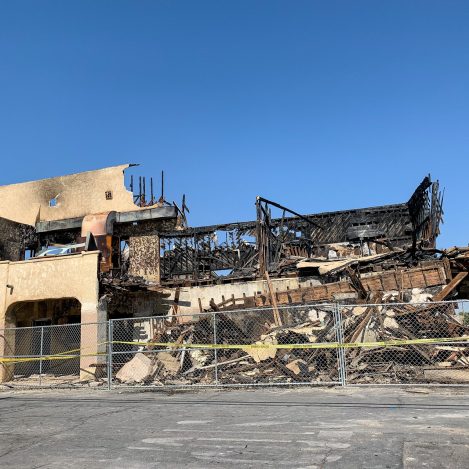