A body-worn camera from Axon Enterprises is shown in this image. The city of Imperial on Dec. 2 approved a policy for the Imperial Police Department pertaining to the use of the 25 Axon body-camera systems the department purchased from the company in September. | STOCK IMAGE
Home
Local News
In Local News

IMPERIAL — A new policy outlining the use of body cameras worn by local police officers was approved by the Imperial City Council on Wednesday, Dec. 2.

“We came to the conclusion that our policy did not have a specific body-worn camera policy,” Sgt. Max Sheffield, public information officer for the Imperial Police Department, told the council while outlining the need for such measures during its meeting Wednesday evening.

The city approved the purchase of 25 body-worn cameras along with 25 Taser 7s as a package deal from Axon Enterprises in early September. The purchase was made with the help of the city’s cannabis funds and will be billed in five installments once every year.

The first payment will be $56,404.77 and the next four years the city will be billed $52,010.93. The purchase will also include a trainer from Axon, who will visit the Imperial Police Department and train personnel on the body-worn camera system, according to the city’s agenda report.

As one of the first police departments to receive body cameras, Sheffield explained to the council the current need for specific instructions and guidelines on when and how to use the camera system so contacts with the public can be recorded reliably and in accordance with the law.

“We got with Lexipol, who helps produce our policy along with many different agencies’ policies and worked with them to adopt language we feel is appropriate for our agency,” Sheffield told the council.

Lexipol is a provider of public safety policy and training solutions for law enforcement, corrections, and fire and rescue agencies. It’s the department’s belief that a recording of an event or field contact will enable the delivery of timely, relevant, and appropriate training to maximize safety for officers and improve the provision of services to the community, according to the agenda report.

“These recordings will also protect sworn officers from false accusations and can be instrumental in resolving public complaints,” states the department policy.

The drafted policy mandates that officers wear the recorder in a conspicuous manner and are encouraged to notify individuals when they are being recorded, especially if advising them may provide compliance, assist in an investigation, and not interfere with an officer’s safety.

Likewise, officers are not required to obtain a person’s consent to be filmed when they are in a public place or they are in a location where there is “no reasonable expectation of privacy,” including when “inside a building or dwelling” where the officer “is lawfully present and engaged in the performance of official duties,” according to the guidelines.

Unless a specific exception applies, officers are also required to activate their body cameras during all enforcement and investigative contacts, service calls and in any contact that becomes adversarial in nature, according to the activation guidelines.

The policy also states that all recorded media, images, and audio collected from the officers’ body cameras will be property of the city of Imperial and will not be copied, released, or disseminated in any manner outside the policy’s guidelines or without the consent of the police chief.

Police officers will also be required to take privacy concerns into consideration when operating the body cameras while inside inpatient care areas including medical facilities, hospitals, rape-treatment centers, or other healthcare facilities where people may be receiving treatment, according to the guidelines.

Additionally, officers are not required to activate or record encounters with the public if a witness or victim refuses to provide a statement while being recorded and their encounter is believed to be non-confrontational, guidelines note.

Similar exceptions for recording by officers applies to matters when body camera recording would interfere with their ability to conduct an investigation due to sensitive circumstance, including body-cavity searches, nudeness, or involving victims of sexual assault, according to the guidelines.

All data collected from the officers’ recordings will be retained for a minimum of two years, after which time it may be erased, according to the department’s retention requirements. However, the policy also states that the city may, in its discretion, retain any video media for any period exceeding the minimum periods.

Additional provisions regarding the use of the body cameras by Imperial police officers can be found in the approved body-worn camera policy, which will be made available for the public on the city’s website, the council confirmed Dec. 2.

“I think the public has a right to know what circumstances (the body cameras) are allowed to be turned off and when they are expected to be turned on,” Mayor Darrell Pechtl said before approving the new policy. “Those are the areas most criticized by the public.”

The approval would allow for the purchase of four fully outfitted police vehicles and equipment totaling $250,000. The city also intends to spend $28,000 for information technology, $7,000 for the city’s dog pound, $5,000 for additional equipment and training, $20,000 for tactical equipment, and $27,285.51 for police service units, according to the city’s agenda item. 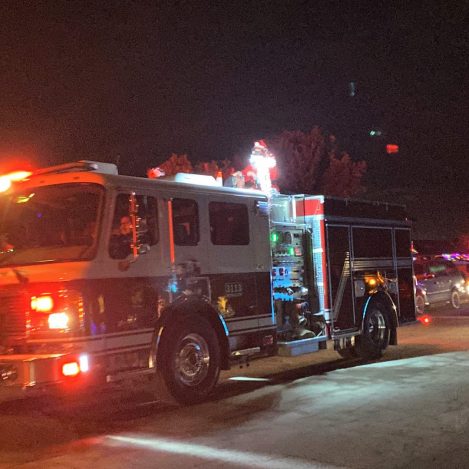