Silhouetted power lines over the Imperial Valley can be seen at sunset. | COURTESY PHOTO
Home
Local News
In Local News

Projects bid by the Imperial Irrigation District may soon have some new rules in place. But it was far from a unanimous decision.

The district Board of Directors voted 3-2 in favor of the project labor agreement presented at its meeting Tuesday afternoon, Dec. 1, the same agreement that garnered nearly four hours of debate during a special meeting Nov. 23.

A project labor agreement is a pre-hire collective bargaining agreement with one or more labor groups that establishes employment conditions for specific construction projects.

The district’s agreement is a 10-year agreement that covers any construction projects estimated to cost more than $750,000.

Kuhn said he would have been in favor of the agreement if the threshold had been raised.

“I’m still not against the PLA,” he said. “This thing could be made equitable for all with the stroke of a pen, and it could work for the non-union small contractors that have been faithfully taking care of the district for years on the smaller contracts. The bigger contracts, they’ve been union companies and God bless them. The bigger projects, the impact will be negligible.

“With the stroke of a pen, literally, if we raised that threshold from $750,000 to somewhere more like $1.5 to even $2 million, that would allow the non-union contractor who have served the district faithfully for years and years and years to get a little bit of what they’re about to lose,” he added. “I don’t back down from supporting the PLA, and I’m not trying to serve two masters here, but I think it would be a hell of a lot more equitable if that threshold had been put at $1.7, maybe $2 million. That would have taken care of about 90 percent of that small stuff.”

Hanks had other worries about the agreement, such as it being too vague in some areas.

“To me we are being asked to approve an agreement that will create barrels of litigation,” he said. “The language is vague and non-specific, leaving the door open to manipulation and (to) challenge what is in the contract.

“Individual board members should be commended on their concern for quality of life, but not for employees from out of the district and not for union groups. That is not our mission,” Hanks added. “I’ve supported more PLAs than any board member in the history of IID. On a case-by-case basis where ratepayers interest was the driving force because of the site, scope, threats, and timeline demands of a project. And I still would.

“Personally, I have lost confidence in management’s duty of care and it’s ability to lead,” Hanks said. “Count to three and block opportunities to voice dissenting opinions from fellow board members and the public have now replaced policy.”

Ortega, who was on the committee that negotiated the agreement, said he is in favor of moving forward with the agreement as presented.

“I’m for this agreement because for once it raises the bar in the Imperial Valley instead of lowering it,” he said. “The contractors do not really believe a PLA will raise the cost of projects at the IID. They’re opposed to it because they’re afraid of it, that it will raise their cost, and they should be honest about it.

“We’ve heard a lot about equity this year at the IID, and I’m sure that it will become a continuing theme in the years to come,” he added. “I won’t be on this board after today, but if this agreement is adopted, the IID will be working to promote basic equity for workers and their families for the next decade. And I hope for generations after that.” 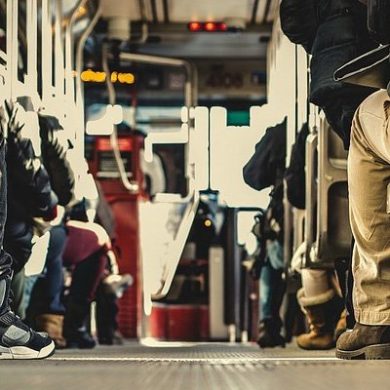