IMPERIAL COUNTY — Two people died in separate single-vehicle accidents in western Imperial County over the weekend, according to reports from the California Highway Patrol.

In the Nov. 28 accident, a passenger was also injured. Deanna Teronnes, 21, of Brawley, who was sitting in the front seat, sustained moderate injuries and was transported by Mercy Air to University of California San Diego Medical Center in Hillcrest. Her condition was not immediately available.

That accident about 1:45 p.m. when the Brawley man who died was driving a 2019 Ford Mustang and reportedly made an “unsafe turning movement to the right, which caused the Ford to run off the main portion of the road and begin to turn over,” according to Highway Patrol reports.

The driver was ejected from the vehicle and died at the scene, according to the press release. Imperial County coroner’s officials were called to the scene.

The Nov. 29 accident occurred about 3:05 p.m. The Santa Ana man who died was driving a 1999 GMC Sierra pickup, when, “for unknown reasons, (he) allowed the GMC to veer right and off the main portion of the road. The GMC collided with a dirt berm just north of SR-98, and (he) sustained fatal injuries,” the press release stated.

The driver was declared dead at the scene by county coroner’s officials.

Both accidents are still under investigation, according to the Highway Patrol.

Previous
Calexico to Use $2.7M in Impact Fees on Capital Projects 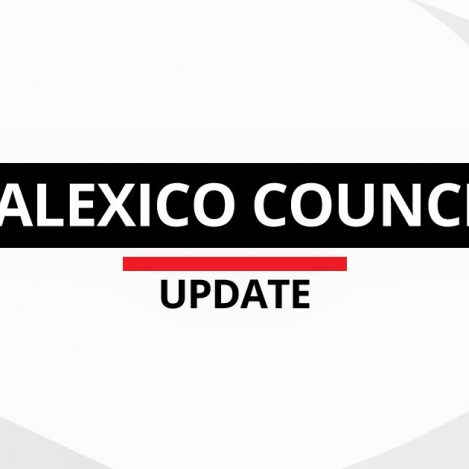