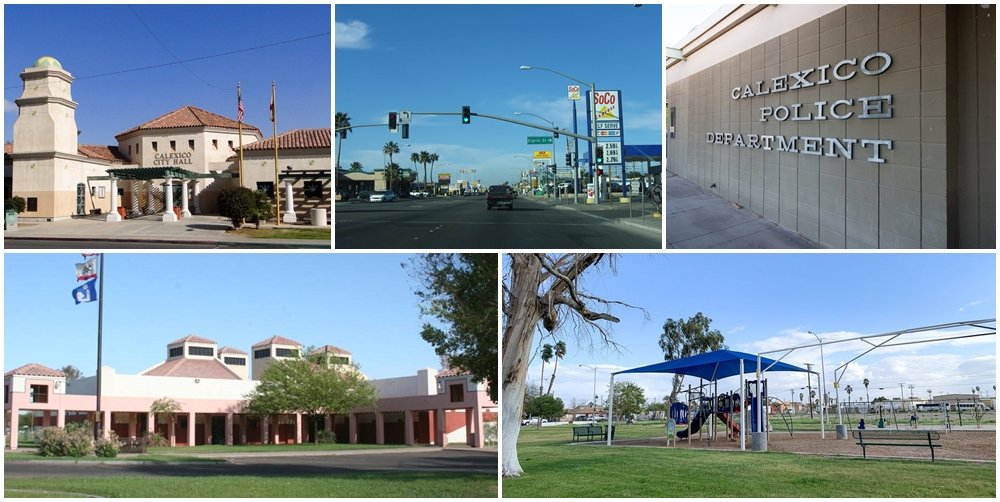 Calexico to Use $2.7M in Impact Fees on Capital Projects

CALEXICO — Calexico staff and department heads, with input from the City Council, are developing a list of priority projects to be funded this fiscal year using $2.7 million in accumulated impact fees recently allocated.

Targeted toward the library, parks and recreation, the police department, general government concerns, parking, and traffic, Calexico staff has yet to release what the specific projects might be, but the City Council went ahead and moved a total of $2,677,085 in impact fees collected from developers building new projects in the city to capital improvement accounts during a recent meeting.

“I stressed to the city manager, as soon as we’re able to get these moneys from impact fees, we should put them to use,” Calexico City Councilman Camilo Garcia said Monday, Nov. 30.

Garcia said the amount of money being used won’t solve all of Calexico’s needs, but “this is great and every little (bit) helps. Maybe in the future, instead of us just deciding (what projects the money goes toward), we  can get feedback from the community, making sure we spread this money around and use as much as we can to address needs,” he added.

It wasn’t immediately known how long the impact fee money had been accumulating, but during the council Nov. 18 meeting, the council passed a budget amendment resolution 4-0 moving the funds to the capital project accounts (Mayor Rosie Fernandez was absent from the meeting). They include:

“I want to be very clear. These are not general fund moneys. We’re not touching the general fund at all,” Calexico City Manager Miguel Figueroa said at the Nov. 18 meeting.

Figueroa told the council that ahead of the meeting, he, the city’s finance director, public works manager, and police chief all had “actually drove around the city anticipating and preparing ourselves for this day” in putting together a rough priority project list.

That list would be made more public at a future meeting, but the Nov. 18 action was to move the funding to the appropriate accounts.

As an example of possible future projects, Figueroa said one that made the list is the parking lot at Kennedy Gardens Park.

To that end, Garcia and outgoing City Council member Lewis Pacheco asked Figueroa about other city parks and whether they would get attention.

Garcia asked whether Nosotros Park in western Calexico would get some love, drawing attention to lights in the parking lot that are either not working or rarely turned on. He also said there is a gate at one end of the park that needs to be fixed and another gate near some softball fields on the other end that is not being closed at night.

Pacheco asked about ongoing work at Adrian Cordova Park in the northeast part of the city, where lights are being put up and new softball and baseball fields being built.

On Nosotros, Figueroa told Garcia those items could be considered for the final list of projects and told Pacheco that work at Cordova is well at hand, albeit slowed by delays in procuring materials due to COVID. He added that additional expenses for amenities at Cordova would be paid for through funding from the Bravo-Rodiles Community Facilities District that homeowners in the area pay into.

In terms of bringing in more voices in the development of a project priority list that Garcia wanted, Figueroa said we would “put on the table a hybrid approach” that would factor staff and department head needs with council and community recommendations.

In the ongoing efforts to sell Calexico’s iconic water tower that stands as the highest point in town from its perch on East First Street, the council awarded a contract to a San Diego engineering firm to conduct a structural assessment.

“Back in 1949, the water tank did serve as water storage for the city of Calexico. … As the decades passed, that ceased to be the purpose of the water tower,” City Manager Figueroa said Nov. 18. “Then it evolved into a structure in which wireless antennas were placed by companies obviously to provide wireless services.”

During the meeting, the Calexico City Council voted 4-0 to award a contract to Horrock Engineering Inc. to perform a structural assessment for $16,532, a cost that could increase to a minimum of nearly $40,000 if problems requiring additional work are found.

The city is under contract with a company by the name of SBA to buy the water tower at 352 E. First St. and enter into a 55-year easement agreement with the city that states the city would maintain the structural integrity of the tower.

As part of that agreement, the city is having the structural assessment done by Horrock and possibly more work, depending on what Horrock’s initial assessment finds.

The initial $16,532 is referred to as “task 1” by the city. “Task 2” would be for up to an additional $22,494 for structural specifications and plans drawn up by Horrock for potential repairs and retrofits needed on the tower, and the public bidding documents that would need to be done to contract out for the actual work.

A third task could add another $3,500 for on-call consulting services related to the repairs.

Water towers have always proven to be iconic images for smaller communities, likely because they usually serve as the highest points in towns devoid of multi-level structures.

When the water tower in El Centro had to be torn down after it became unstable following the April 2010 earthquake, city officials and members of the community lamented the loss.

Of Calexico’s famed tower, MiCalexico founder Angel Esparza said it best in an Instagram post from four-plus years ago:

“I was once asked, ‘What is it with Calexico people and the water tower? It’s like they’re obsessed, it’s just a water tower.’ I responded, ‘There’s something about it, maybe because it’s the highest point in Calexico, or maybe because we grow up staring at it as we made (the) line to come back home (from Mexicali). But when you look at it, especially on one of those afternoons when the sun is setting and the sky turns fiery clouds of orange and pink, you just feel this connection to Calexico. There’s something raw and deep that only people that love Calexico can feel.”

In the years since, the iconic tower has been used in quintessentially Calexico imagery, including for the recently released beer label for Calexico Brewing Co.’s Caleciaweizen hefeweizen-style beer, which was designed by Esparza.

The assessment of the tower is now underway. 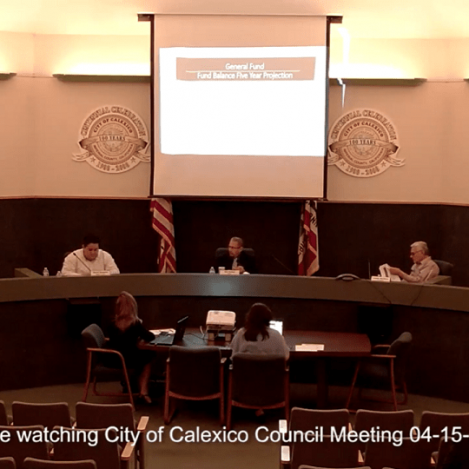