IMPERIAL COUNTY — On Nov. 25, the Imperial Valley Community Health Coalition, a union of numerous non-profit entities, proposed a two-part plan to avoid utility shut-offs during a COVID-19 surge, drawing on the model for eviction moratoriums recently passed by the Legislature.

At a Nov. 16 meeting of the Imperial Irrigation District Energy Consumers’ Advisory Committee, members voted against the proposal to reinstate a regulation that would disconnect customers’ electric services for 9,486 delinquent accounts between March and December 2020, but urged committee members to bring forward a plan that would address a $10 million deficit in the IID budget and create a pathway for repayment for impacted consumers during COVID-19.

The IV Community Health Coalition proposed a plan that adapts the terms of the California eviction moratorium (Assembly Bill 3008) to address the impact of COVID-19. The two-part plan establishes an automatic standard repayment plan for “delinquent” accounts from March and December. It ensures customers are not shut off on the basis of nonpayment and enrolls them on a 12-month repayment play beginning April 2021, according to a I.V. Community Health Coalition press release dated Nov. 27.

For struggling consumers after January 2021, the proposal establishes a payment modification plan for COVID-19 impacted consumers (with documented hardship), who will be eligible for protection from disconnection if they pay 25 percent of their utility payments every month. In cases of extreme COVID-19-related hardship, where a consumer is unable to pay 25 percent of charges, will qualify for existing assistance to cover participation in payment modification plan, the press release states.

“Staying at home is the most important action people can do to stay safe during this pandemic. Shutting off power will have devastating effects for our children that are distance learning, adults that are working from home, and individuals that are ill may need power for medical devices to recover to name a few. We want to believe we can pass a plan that will help consumers get out of this debt as this virus continues to ravage our community” stated Eric Reyes, a member of the IID consumer advisory committee, in the press release.

A total of 20,000 residential consumers in the Imperial and Coachella valley are more than 30 days delinquent, and 9,486 are due for disconnection. Past due accounts were evenly represented across Imperial Valley (46 percent) and Coachella Valley (54 percent), with the cities of Indio and Calexico having the highest number of delinquent accounts. Notably, the cities most severely impacted by the inability to pay the electricity bill are also experiencing existing social inequalities that have contributed to a disproportionate impact of COVID-19 in our community. Calexico is the city with the most COVID-19 cases in Imperial County while Indio is in the top-three of most COVID infections in Riverside County.

“We want the community to have options that don’t put them in further debt and we want the IID to offer a repayment plan that is realistic while families face hardships during the pandemic. We invite the members of the public to go to the next advisory committee meeting so they can share their opinions about the proposed plan and to talk about how they have been impacted during COVID-19,” stated Calexico City Council member-elect Raul Ureña, when asked about the situation.

The Imperial Irrigation District did not immediately have a response when contacted about the I.V. Community Health Coalition press release late in the afternoon Nov. 27. 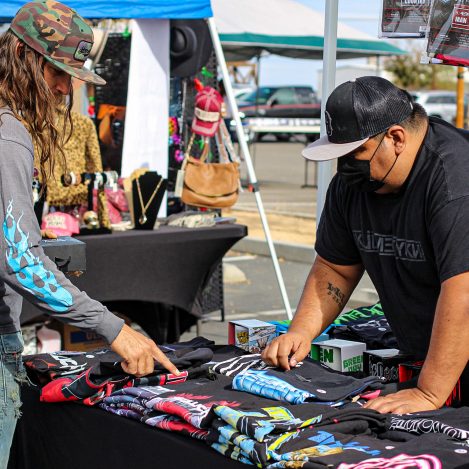