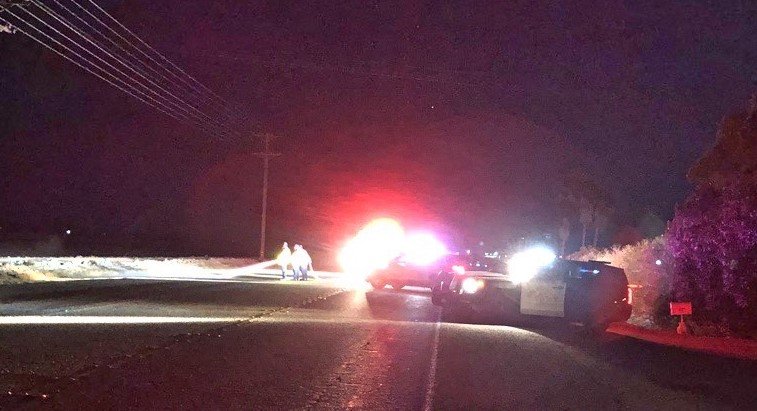 Law enforcement officers can be seen with flashlights investigating the scene of an accident in which a semi-truck struck and killed a pedestrian on Highway 98 between Barbara Worth and Anderholt roads about two miles east of Calexico on Tuesday night, Nov. 24. | PHOTO COURTESY OF IMPERIAL VALLEY LAW ENFORCEMENT AND FIRE
Home
Local News
In Local News

Transient Killed by Semi-Truck on Highway 98 East of Calexico

CALEXICO — A man believed to be a transient around 60 years old was reportedly walking in the middle of the westbound lane of Highway 98 about two miles east of the city when he was struck and killed by a tractor-tractor rig on Tuesday night, Nov. 24, according to official reports.

Listed as a “John Doe” by Imperial County coroner’s officials, the man died from blunt-force trauma injuries at the scene of the accident, which was reported at 7:05 p.m. west of Anderholt Road on Highway 98, according to the California Highway Patrol.

The deceased appeared to be between the ages of 55 and 65, of unknown race, and was not carrying any identification with him when he was killed, Imperial County Senior Deputy Coroner Emmanuel Ramirez said on Wednesday, Nov. 25.

The decedent was not believed to be an immigrant, Ramirez said, adding, “based on the clothing, he appears to be a transient.”

Ramirez said coroner investigators will use fingerprinting in an attempt to identify the man, but he had no further information.

According to the Highway Patrol, the driver of a semi-truck hauling a 53-foot box trailer on westbound Highway 98 told the responding officer that the decedent was walking east in the westbound lane, apparently directly in the truck driver’s path, when the trucker hit the man.

The trucker, identified as Rafael Alvarado, 50, of Mexicali, “attempted to stop his vehicle but was unable to do so,” the report states.

Alvarado was not injured in the accident, and the case is still under investigation, according to the Highway Patrol.

While the Highway Patrol report states the accident scene was west of Anderholt Road, a witness at the scene said the location was about midway between Anderholt and Barbara Worth Roads, almost directly in front of Los Cuates Produce Inc.

Previous
‘It’s a National Tragedy’: What an Outbreak at One World Beef Reveals About the Fed’s Failed COVID Response 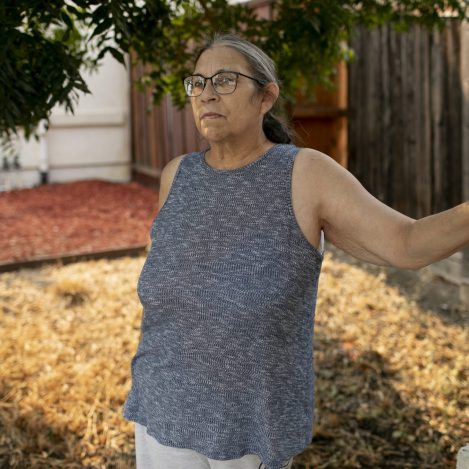 Newsom’s Stimulus Left Out Many Retirees, Vets, Disabled Californians. Will They Vote to Recall?