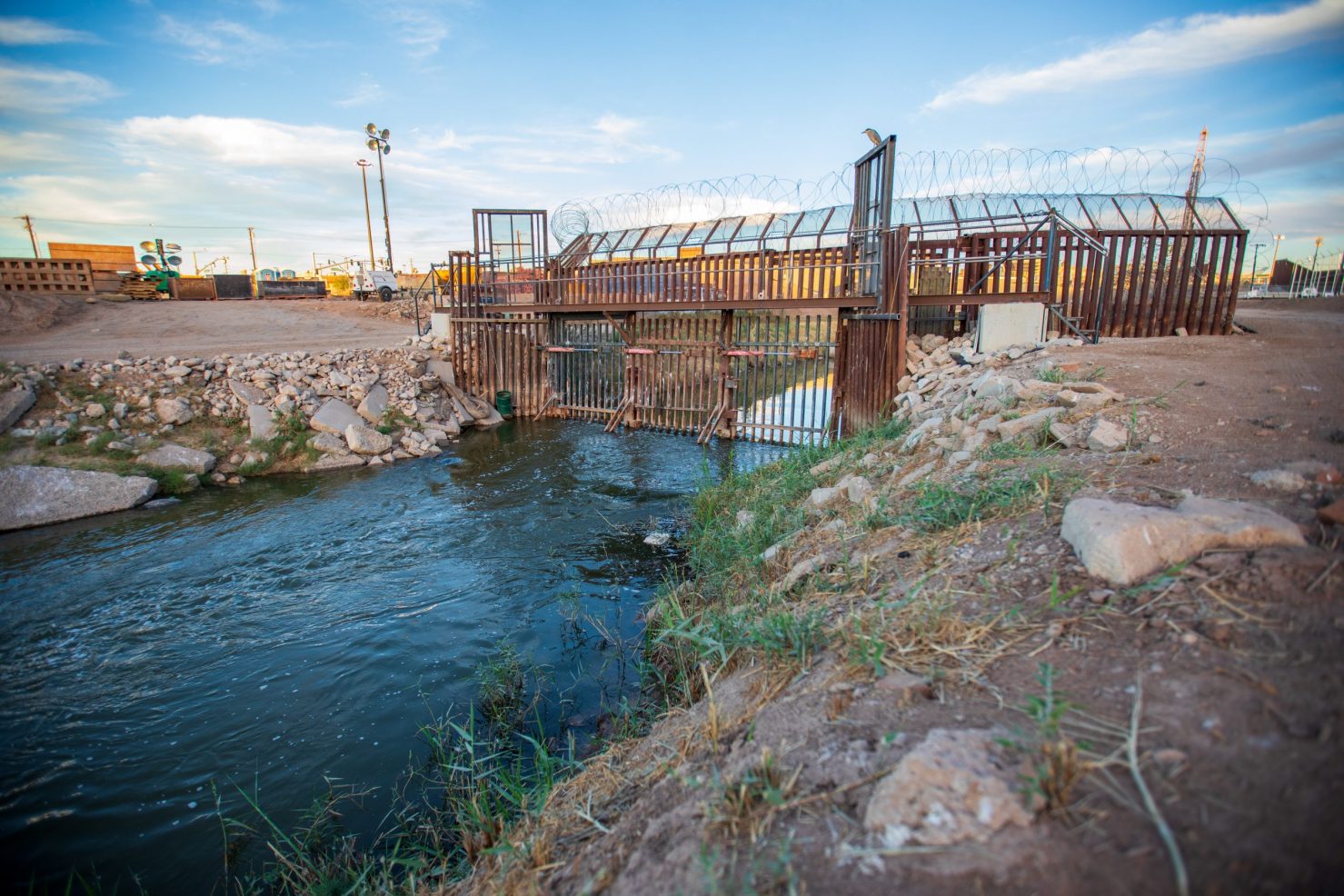 The New River is shown where it crosses the international border from Mexico into the United States in Calexico. Efforts are underway by the city of Calexico to build out a $28 million project that will cleanup the river in the Calexico area. | KENNY ROBERTSON PHOTO
Home
Local News
In Local News

CALEXICO — Last week saw virtual and literal forward progress in the decades-long saga to address the foul waters of the New River when the state went live to help spread the message on the work being done, just a day after the city pushed forward the first phase of its clean-up project.

On Thursday, Nov. 19, Assembly member Eduardo Garcia, D-Coachella, in conjunction with the California Environmental Protect Agency, hosted a 90-minute Zoom conference in which the city of Calexico and the state Department of Water Resources updated the public on the progress and work being done at the New River and to provide project updates and timelines on the Calexico portion of the New River Strategic Plan.

It’s not clear how many people actually had the chance to see the live presentation, but members of environmental justice organization, Comite Civico Del Valle, set up speakers and a screen in Nosotros Park, which is on the banks of the polluted river. No more than a handful of neighborhood residents were seen at the presentation.

“I don’t need to tell you, if you are in Calexico or Imperial County, what a huge public health problem it is,” said Garcia of the river, as he opened the Zoom. Garcia is chairman of the Assembly’s Committee on Water, Parks, and Wildlife.

The New River, as it flows from the city of Mexicali, has been an environmental nightmare for the residents of Calexico and Imperial County for decades, as raw sewage, known cancer-causing chemicals, and other stench-inducing and health-hazardous waste makes its way north of the international border.

While the Zoom meeting dealt with some of core issues affecting the river toward the end, including the need for federal intervention on an international problem, the crux of the Zoom centered around what the state has done to secure the city of Calexico the $28 million necessary to begin the first step, “Calexico reach,” of the four-part overall New River Strategic Plan that focuses on short- and long-term measures from the border all the way to the Salton Sea.

The most active and aggressive part is what is happening in Calexico at the moment deals with the first reach, which includes the ongoing New River Parkway Project and the ramped-up New River Improvement Project for which the $28 million is paying for three structural components to immediately address the pollution affecting those who live near the source.

The Calexico City Council voted unanimously on Wednesday, Nov. 18, to approve the combined but separate actions of drawing up a resolution that will allow the city manager and staff in the next few weeks to finalize a funding agreement with the state Department of Water Resources for the $28 million already allocated by the state.

The decision also allowed for the execution of a contract with consultant Jose Angel to serve as project manager, a move that brought the city a seasoned professional well-acquainted with all matters pertaining to the New River.

“What are the next steps? We have a very ambitious timeline here for which we want the funding agreement to be completed by Dec. 31,” Calexico City Manager Miguel Figueroa told the council before the vote was called.

“How so? Because that will give us 2021 to move forward in implementing the processes to get construction going on the infrastructure (projects) here, a few feet from us, south of the Second Street bridge,” Figueroa said.

Those three technical components of the improvement project include an automated trash-screen diversion structure south of the Second Street bridge where the river crosses the international border, the encasement of the river from north of the bridge to where the river reaches the All-American Canal, and a pumpback system/force main that will tie into the city’s wastewater treatment plant, clean a portion of the river water and provide for a “freshwater” stream along the river basin in the area.

Figueroa will next hammer out an agreement with Department of Water Resources on the specifics on how the city will collect the allocated funding as it conducts the construction work through “simultaneous” “reimbursements” that will see the city pay for the New River work first and be paid back by the agency almost instantly.

The city also has hired Angel, who is retired but was formerly the executive director of the state Regional Water Quality Control Board, Region 7, Colorado River Basin.

Angel has worked with Figueroa and other Calexico officials on New River issues for many years.

“Given the daunting task of managing the project, making sure that the proper individuals are on the team, it is also requested that Mr. Jose Angel … be designated as the project manager to work in tandem with myself, the city manager, in carrying out the opportunity that the Imperial Irrigation District, the county of Imperial, Cal (Environmental Protection Agency), the Assemblyman Eduardo Garcia have placed on us, the trust to be the lead agency and carry this project forward,” Figueroa said during the meeting in stressing the importance of Angel.

Angel was not at the meeting Nov. 18.

Figueroa explained the breakdown of costs on the improvement project during the Nov. 19 Zoom, which include 30 percent contingencies to deal with costs overruns or changes along the way. The trash screen will cost $7.23 million; the pumpback system, $5.37 million; and the encasement, $14.9 million.

A representative from Department of Water Resources, Vivien Maisonneuve, who is lead for Salton Sea programs, explained DWR’s place in the funding puzzle with a presentation that was likely more detailed than what the public needed to know.

Figueroa, for his part, not only went into fine details on the Calexico reach of the strategic plan, he also updated the public on reaches two through four, from Seeley, north of Brawley, to the sea.

At reaches two to four, Figueroa talked about existing and planned wetlands projects that involved the use of vegetation to act as a natural filtration device to help clean the New River as it flows north and ultimately drains into the Salton Sea along with the Alamo River.

He also talked about the future use of “aeration devices” along the span of the river, in both natural, or simulated natural forms, that are more affordable or mechanized aeration devices that would be more costly. His examples included everything from placed “boulders” and concrete drops, to machines that would agitate the water and keep oxygen flowing through it.

While much of the Nov. 19 update centered around “structural programs,” Figueroa said, it’s important to remember the work that has been done already in “non-structural programs” along reaches one through four, of which he was referring to the Imperial County Farm Bureau’s voluntary Total Maximum Daily Load program.

With 97 percent participation among farmers in Imperial County, the TMDL program has significantly reduced the amount of silt from Colorado River irrigation water that ends up in farm runoff, which ultimately ends up in both the New and Alamo rivers.

Toward the end, Assembly member Garcia and Figueroa read off questions from the public on the New River that had been submitted before the meeting.

Garcia was asked about more long-term solutions to the problems at the river, to which he said the state can only do so much when the New River is an international water way, and thereby a federal issue.

He and others, including the Imperial County Board of Supervisors, are advocating for the federal government to build a wastewater treatment plant on the U.S. side of the border and provide similar responses and efforts to deal with Mexico-based pollution like it has done in San Diego County in response to raw sewage spills in the shared Tijuana River.

One question did come in from a resident watching the live Zoom at Nosotros Park, and it was directed to Figueroa.

The resident said he and eight neighbors who can see the New River from their homes have spent money out of their pockets to plant trees on a vacant lot to block their view of the river. The man said the cost to water and maintain the trees is expensive, and he wanted to know whether the city could take over that maintenance as part of its efforts.

Figueroa referred to the “bluff” overlooking the New River that makes up the backyard to the 400 homes in the Nosotros subdivision. He said as part of the New River Parkway Plan there is going to be a tree-lined “buffer” built on the bluff to obscure residents’ view of the river. He promised he would check with city staff to see if the trees the neighbors planted could somehow be incorporated into that plan. 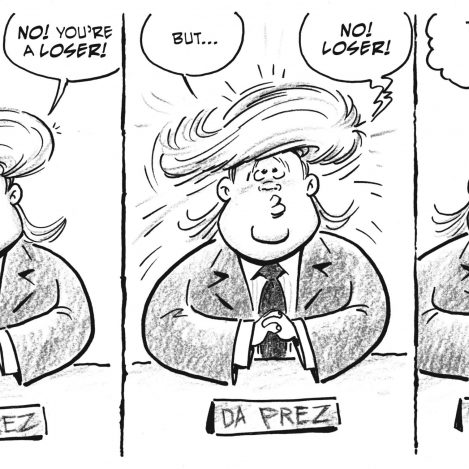