The inside of a tent structure (left photo) in the north parking lot of El Centro Regional Medical Center meant to house a 50-bed medical-surgical wing expansion in preparation for the rapid rise in COVID-19 cases is shown. Additional tents (right photo) in the north lot, immediately to the south of the existing 50-bed expansion, go up for more room. Even more tents were expected to be delivered Tuesday, Nov. 24. | COURTESY PHOTOS
Home
Local News
In Local News

Despite the continued second-wave surge of coronavirus cases in Imperial County, it appears conditions at local healthcare facilities remain busy but stable, as hospitals expand capacity yet are handling the increased patient load to date.

The numbers of admitted COVID patients have dipped ever so slightly over the past few days in Imperial County, as the Alternative Care Site at Imperial Valley College takes in more patients who are less acute and on the recovering end of their hospitalizations.

There were 10 patients in the ACS as of Tuesday morning, Nov. 24, sent there from both El Centro Regional Medical Center and Pioneers Memorial Hospital in Brawley.

Meanwhile, news of yet a third successful COVID-19 vaccine trial with some local connection, as well as more information on what can be expected for the Valley when the first available doses arrive has local health officials hopeful.

Some 43 COVID patients were in El Centro Regional and 14 were in Pioneers Memorial Hospital on Nov. 24. Both numbers were down from earlier peaks of more than 50 for ECMRC and just under 20 cases for Pioneers.

While the hospitals get a slight reprieve for the time being, the ACS has seen its numbers steadily grow since ECRMC sent the facility its first patient on Thursday, Nov. 19.

ECRMC Chief Executive Officer Adolphe Edward said Nov. 23 that the ACS had seven patients, made up of a mix of mostly El Centro Regional discharges, but some from Pioneers.

Edward cautioned in an email Nov. 23 that fewer COVID hospitalizations should be taken with a grain of salt. He stated the numbers are being managed through the local transfers to the ACS, and with Thanksgiving on the horizon, there are expectations that conditions could change quickly.

On the heels of Pfizer applying for its U.S. Food and Drug Administration emergency-use authorization late last week, Dr. Munday said Nov. 24 that word is Pfizer would likely be the first vaccine to arrive in the Valley in mid-December, with doses of the Moderna vaccine to follow a few weeks after.

Both vaccines showed efficacy rates of at least 90 percent in early trials, with the Moderna vaccine showing results that it was 94.5 percent effective against COVID.

In the middle of the night Nov. 23, news broke that there were “promising results” from an Oxford University-led trial of a vaccine from pharmaceutical maker AstraZeneca, which is doing large-scale trials in many locations, including at El Centro Regional Medical Center.

While not showing the same efficacy levels as the Pfizer and Moderna vaccines initially, the AstraZeneca vaccine in a retooled testing regimen, later resulted in 90 percent efficacy, according to a report by the Associated Press. Early results were at 63 percent efficacy.

Pluses for the AstraZeneca vaccine over both Pfizer and Moderna is, it can be stored in refrigerator temperatures, as opposed to freezer-temps and even colder for the two leading vaccines, the AP reported.

“AstraZeneca, which has pledged it won’t make a profit on the vaccine during the pandemic, has reached agreements with governments and international health organizations that put its cost at about $2.50 a dose. Pfizer’s vaccine costs about $20, while Moderna’s is $15 to $25, based on agreements the companies have struck to supply their vaccines to the U.S. government,” according to the AP article.

ECRMC Chief Medical Officer Dr. Chris Tomaszewski said during a Facebook Live update on Nov. 24 that the hospital had its 100th subject participate in the local version of the AstraZeneca trial, which will be ongoing for some time.

Edward advised on Nov. 23 that the hospital has room for as many as 1,200 local participants in the trial and encouraged community members to visit the hospital’s social media pages to find out how to take part.

Meanwhile, a pair of local men participating in the trial shared their thoughts on the news of the larger trial’s success and their little place in that.

El Centro resident and City Council member Tomas Oliva took his first dose on Oct. 30, while Calexico resident Jose Alejos has been part of the trial since Nov. 4.

“I feel very honored and humbled in helping to reach those numbers, along with all the other people in the Valley who stepped up,” Oliva said Nov. 23. “I’m happy that I could be part of something that could potentially end this (pandemic).”

Said Alejos: “I was up late last night and I saw the news about the AstraZeneca and I was pretty excited, although I’m not sure if I got the actual shot or the placebo but there’s a good chance that I got a vaccine with a high probability of helping me not catch COVID.

“One of the things that I kept hearing from all the trials going on across the country was that there was a huge lack of Hispanic or minority participants, so I wanted to help breach that gap and hopefully get more Hispanic people feel comfortable in taking part in this trial or future trials, especially since African Americans and Hispanics have been the most affected Americans by this disease,” Alejos added Nov. 4.

The 38-year-old Alejos, who hosts the long-running podcast, “Que Pasa Calexico,” recently interviewed Oliva on his show, where they talked about the trial. In fact, Alejos said he got confidence to enlist in the study after speaking with Oliva. (To hear the episode, see the player at the bottom of the story.)

For his part, Oliva said he promised himself that if he ever became an elected official, he would lead by example. When Tomaszewski presented about the study at a council meeting on Oct. 30, he enlisted and got his first dose of vaccine, or placebo, later that day.

Oliva said he already had a personal stake in taking part in the study, with two of his friends in Imperial County losing their mothers to COVID, but recently the 36-year-old learned his sister and her husband, who live in Denver, tested positive for the virus are quite ill.

Alejos feels that personal sense of responsibility as well.

“I’ve had one family member get really sick from COVID, but I have several friends who had loved ones really affected, even die from COVID,” he said. “But just to think that as of today, there are 355 families that will have someone missing from their family gathering once the pandemic is over, is really sad not to mention the over 250,000 Americans that have died as of today.”

It likely won’t be till after the first of the year that the AstraZeneca vaccine makes it to market. For now, local officials are preparing for the first two vaccines.

Dr. Munday said, if the Pfizer vaccine is delivered first, “the first doses will be harder to deal with” given the subzero freezers needed to store and transport the vaccine.

Also, county and state officials are determining who will get the limited number of doses first. As of Nov. 24, Munday said that will likely be healthcare workers and first-responders who deal directly with the ill, such as paramedics.

During his report to the El Centro City Council on Friday, Nov. 20, ECRMC’s Edward also discussed the first wave of vaccines.

Edward told the council that he has heard varying reports about the number that could potentially be made available locally.

“They’re all over the map,” Edward said.

During the special meeting, as Edward was discussing the first targeted group to receive the vaccine, City Council member Cheryl Viegas-Walker advocated to have teachers given prioritization as well, considering the benefit such an action would have on the overall economy.

Vaccinating teachers would help permit schools to reopen and allow temporarily out-of-work parents of homebound students to return to work, further bolstering the economy, she said.

“Public health is very well aware of the need to make sure teachers are a part of that,” Edward said. “We want everybody to know that we’re going to be fighting to get as many of those vaccine doses down here.”

With no firm timetable on vaccine numbers, dates, or who will get what and when, El Centro Mayor Efrain Silva expressed caution during the meeting.

“In spite of the vaccines being on the way, we can’t let our guard down,” he said.

During his presentation to the council, Edward also offered assurances that the hospital has the equipment and storage capacity in place to properly care for whatever vaccine it may receive. Its refrigeration equipment can reach the minus-94 degrees Fahrenheit that is required for safely storing the Pfizer vaccine, he said.

As for indications that up to 50 percent of the population may choose to decline to receive a COVID-19 vaccination, Edward implored them to reconsider such an action.

The hospital’s recent acquisition of a medication from Eli Lilly that closely resembles a COVID-19 vaccine is also being credited with successfully treating 14 emergency room patients who were able to recover quickly and be discharged.

“We haven’t stopped providing the community here with the best resources that are available across the country,” Edward said.

The arrival of the Eli Lilly medication comes at a time when ECRMC is preparing to increase its bed capacity to 50 beds, or about 20 more than its typical capacity. The hospital is waiting on a few tents that were expected to arrive Nov. 24, to complete the expansion, Edward said.

Dr. Munday on Nov. 24 said he and Environmental Health Deputy Director Jeff Lamoure were on the phone late Nov. 23 with state officials getting a status on the increases in COVID-testing capabilities the state has awarded Imperial County.

Last week, Munday and Lamoure, who oversees testing issues for the Public Health Department, said the state approved the county’s request for additional resources that were to come anytime.

Munday, however, said because of the holidays that the new testing capabilities will not arrive until the first week of December.

A traveling team can be used to collect specimens at alternative-care facilities and skilled-nursing facilities, among other targeted groups. The team can be used as little as one day a week or as often as six days a week. Once deployed, the team would operate in 12-hour shifts and have specimen-collection capacity for 164 tests a day, Lamoure said of the first option.

“The mobile-testing bus can be used in a similar manner, but it is designed for larger testing events. The mobile unit consists of a team of three to four staff, which has a maximum specimen-collection capacity for 528 tests a day, operating eight-hour shifts,” according to Lamoure. “They can be deployed to underserved communities and communities requiring lengthy travel and/or communities that do not have readily accessible transportation to access a testing site. The mobile unit will be utilized for testing large groups such as farm labor groups, large private/public employers, outbreaks in correctional facilities, etc.” 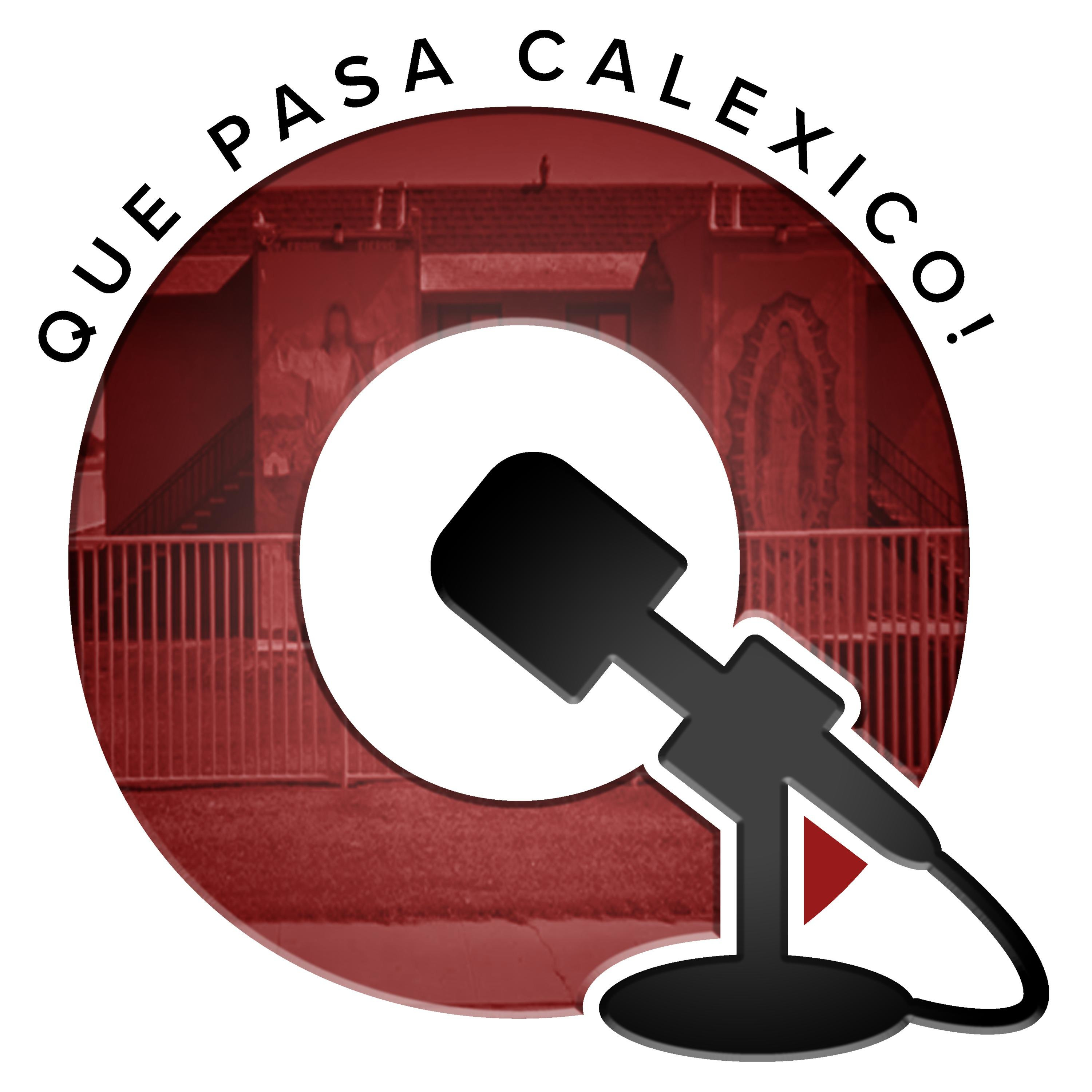