Construction is in the early stages of the Lotus Living, Rise Above, Resilient Community, an off-campus tiny homes project exclusively for Imperial Valley College students suffering from homelessness or at risk of experiencing homelessness. The development is a partnership between the city of El Centro and IVC. It is located on Bradshaw Avenue, just south of Lowe’s home-improvement store in El Centro. | CORISSA IBARRA PHOTO
Home
Local News
In Local News

EL CENTRO — The dream of providing off-campus housing for Imperial Valley College students suffering from homelessness is on track to reach its spring semester target.

“Some of the construction looks like not much has been done, but actually a lot has been done, you just can’t see it,” said Adriana Nava, community services director for the city of El Centro. “It is the underground water and sewer that has been completed.”

Nava spoke during a recent City Council meeting about updates to the construction of Lotus Living, Rise Above, Resilient Community, an off-campus tiny homes project exclusively for IVC students suffering from homelessness or at risk of experiencing homelessness.

“The construction is still on schedule,” Nava told the council during its meeting Nov. 17.

Earlier this year the city requested grant funds in collaboration with the local college and the Imperial Valley College Foundation to develop the project on the vacant city-owned property at 1998 N. 12th St. on the corner of 12th Street and Bradshaw Avenue, south of Lowe’s home improvement store, according to the agenda report.

“This tiny home community will primarily house homeless youth who are pursuing higher education at IVC because they believe that through education their lives will change,” Imperial Valley College President and Superintendent Martha Garcia said during an Imperial Community College District Board of Trustees meeting Sept. 16. “Collectively in Imperial County, we are committed to helping those that have the greatest barriers in life.”

A recent IVC student survey found about 210 students self-identified as being homeless or at risk of experiencing homelessness, according to Garcia. Upon securing funds from the state’s Homekey Grant, the city has ramped up construction on the tiny homes project as a result of the state’s strict guidelines requiring the project to be completed by Dec. 31, according to the agenda report.

“Homekey is the first effort of its kind in the nation and is a once-in-a-generation opportunity to protect the most vulnerable people in our state,” Gov. Gavin Newsom said on Sept. 16 in a press release regarding the state’s Homekey Grant, a newly created $600 million program to purchase and rehabilitate housing in an effort to rapidly assist those impacted by COVID-19 and experiencing homelessness or at risk of experiencing homelessness, according to the agenda reports.

The city was awarded some $2.6 million in Homekey grant funds from Gov. Newsom and is scheduled to receive an additional $424,114 from Enterprise, a non-profit affiliated with the state’s Housing and Community Development Department, which will cover two years of operation costs, according to the project’s agenda report.

The grant will pay for the installation of 13 tiny home duplex units in the community, which will make up a total of 26 homes, each about 340 square feet and will include a kitchen, restroom, bed, desk, closet, patio and washer and dryer stacked units, according to the project report. The site will be located less than five miles from the IVC campus and close to local stores including Target, Aldi, Costco, Walmart, and Food 4 Less.

“The tiny home units, these are under production,” the city’s Community Services Director Nava said. “Two units should be completed by this Friday… they’ll start delivering them to us as we build and make progress on the project.”

A conceptual site plan of the project also includes a pedestrian pathway for each unit, a parking lot with 27 parking spaces, lighting, and the installation of generous landscaping throughout the project site. The installation of the tiny home modular units and the proper connection to utilities such as electricity as well as water and sewer onsite will also be set up, the agenda report notes.

“There’s water and sewer now available to each of the 26 units,” Nava said regarding some recent updates on the project. “We installed the conduit across the street, we just need some more of the onsite improvements.”

Construction on the project should last through Dec. 31. As per grant guidelines, the state will advance a check to the city in the amount requested and the city’s goal will be to expend the funds and provide the deliverables to the state by Dec. 30, according to agenda reports.

In an effort to meet this milestone, the council approved drafts of both the lease agreement and regulatory agreement with the Imperial Valley College Foundation under the condition that it be “in a form acceptable to the city manager and city attorney.” This stipulation was made as a result of the approaching Nov. 30 deadline and would allow both the city manager and city attorney to make any necessary changes to the drafts without requiring the council’s approval as they finalize partnership terms with the IVC Foundation before the end of the month, explained Nava.

“We have been in conversations with all of them,” Nava told the council prior to its approval. “We have sent the draft to the state and the foundation has also commented on what we have.”

The regulatory agreement is something standard the state requires when funding city projects, Nava noted to the council. Additionally, the lease agreement with the IVC Foundation focuses on regulating the property in terms of insurance, damage liability, payment of utility, and taxes, Nava explained.

“The lease agreement also includes the provision for supportive services, so as part of this grant the city’s objective is to build the site with (the IVC Foundation), then (they) would face management of all the property maintenance associated with the tiny homes,” Nava said during the council meeting.

Nava also presented the city with a visual breakdown of responsibilities between the city and IVC in accordance with the two agreements. The city would be held responsible for the construction of the project and extension of utilities while retaining full ownership of the property and of improvements during and after the lease, according to Nava.

Following the project’s completion, the college and the IVC Foundation would be responsible for operations, maintenance, repair and replacement of property or improvements at the site for 55 years. Additionally, they would be responsible for providing supportive services to those eligible students living in the housing community. The IVC Foundation would also oversee providing the students with affordable rent restrictions in accordance with the Homekey application and manage payment of charges for electricity, water, and sewer, explained Nava. Damages or destruction responsibilities would also be held by the IVC Foundation, she noted.

The city and the IVC Foundation worked with California Joint Powers Insurance Authority to properly insure the project and its operation, according to the agenda report.

“First of all, the city itself is responsible for any physical damage insurance on the property as the landlord,” City Attorney Elizabeth Martyn told the council during their recent meeting. “Then general liability insurance will be carried by the foundation.”

Martyn also noted that apart from these two insurances, there are other kinds of insurances placed on property and a series of provisions within the agreement that deal with property destruction.

With such a sizable number of students self-identified as homeless attending IVC, the project would serve students with extremely low levels of income and would prioritize serving former foster youths, according to the project details.

“These new homes will provide a safe and encouraging atmosphere, where students can surpass their hardship,” a former homeless IVC student told this publication in September. “I hope this will alleviate all the stigma associated with homelessness.”

To rent out a tiny home, students will have to pay an estimated $200 per month and be required to complete 10 hours of community service maintenance work on the premises each month as part of their rental agreement, according to the report.

“I’m extremely grateful to the city of El Centro for applying for Homekey funds to create this dream,” IVC President and Superintendent Garcia said during the Sept. 16 Trustees meeting.

California’s new Homekey grant gathered its $600 million in funds by deriving $550 million of it from the state’s direct allocation of the federal Coronavirus Aid, Relief, and Economic Security Act, also known as the CARES Act, the $2.2 trillion economic stimulus bill, and $50 million is derived from the state’s general fund, according to agenda reports.

The city of Calexico is also building out a Homekey project at the former Hollie’s Hotel on Imperial Avenue, where it will partner with a developer to provide senior and homeless housing.

Ideally, both projects will be able to alleviate the burden placed on many suffering from homelessness in the midst of the coronavirus pandemic, which has subsequently shut down most public spaces they once utilized including public restrooms, coffee shops and public libraries. 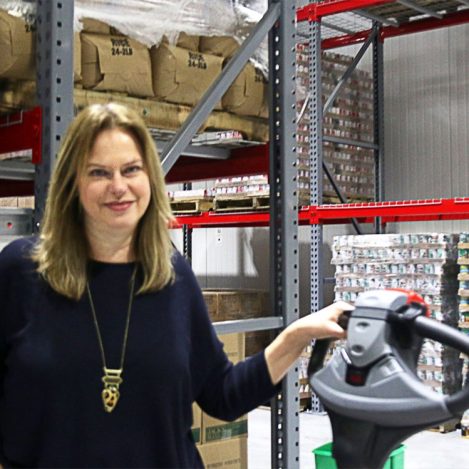