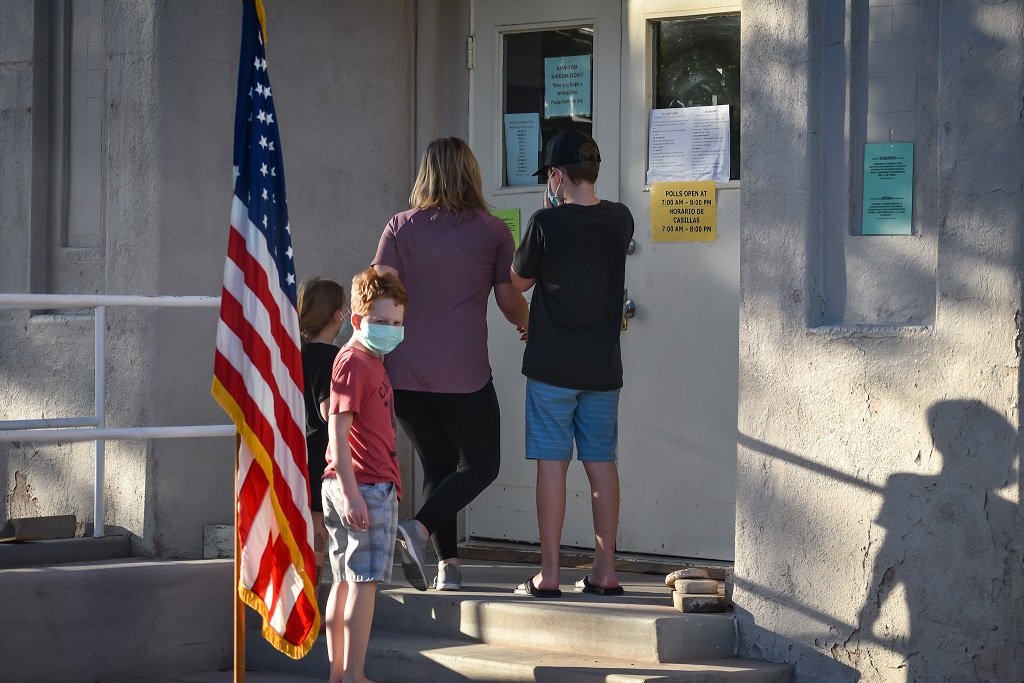 A voter and her brood gather just outside the polling place at the United Methodist Church at 217 W. Seventh St. in Holtville on Tuesday, Nov. 3. | CORISSA IBARRA PHOTO
Home
Election Coverage
In Election Coverage

As expected, the ongoing vote count from the Nov. 3 general election all but ground to a halt as Imperial County staff began the more lengthy process to tally the remaining provisional ballots, according to the latest report released from the county Registrar’s Office on Tuesday, Nov. 17.

Still, it was unclear why the count dipped so significantly from one day to the next, as it appears only 127 ballots were processed over the past 24 hours.

Imperial County officials, for the first time since Nov. 3, did not include a press release updating how many ballots remain with the latest election summary report released at 5 p.m. Nov. 17.

With about 7,000 provisional ballots left to be tabulated as of Monday evening, Nov. 16, county Public Information Officer Linsey Dale warned the time to process a provisional ballot can take twice as long as a traditional mail-in ballot.

“Provisional ballots are counted after all voter rosters are reviewed and the voter’s history is applied to the voter’s record, which require some additional steps to take,” Dale wrote in the Nov. 16 press release.

Provisional ballots are often the last ballots counted, as they are used when there are questions about a voter’s eligibility. Those questions must be resolved before the vote is counted.

The latest report brings the number of total ballots counted so far to 51,299 of 84,123 eligible registered voters in the county, for a turnout of 60.98 percent.

After the 7,000 provisional ballots are counted, the county is on track for a total turnout around 70 percent.

There could still be more mail-in ballots that trickle in as well. California counties have until Friday, Nov. 20, to receive mail-in ballots postmarked by Nov. 3. What’s more, the election does not have to be certified by the county until Dec. 3.

The latest update did not affect any Imperial County races.

Turnout Almost Assured to Be Historic

While it wasn’t known for certain, this could be a record-setting voter turnout for Imperial County.

During Dale’s report to the county Board of Supervisors on Tuesday morning, she said the projected count rivals that of the November general elections of 2016 and 2012, both of which had 69 percent turnout, she said.

The highest recorded voter turnout for Imperial County that could be found on the Secretary of State’s website was 69.66 percent from Nov. 3, 2016, when there were 70,189 registered voters in the county.

The second-highest total, however, was not 2012, which only saw a 64.7 percent turnout.

The Secretary of State’s website only goes back to the March 1990 primary results.

So far, it appears many of President Donald Trump’s unsubstantiated claims of voter fraud following what looks to be his defeat at the hands of former Vice President Joe Biden have been disproven.

However, Trump and those in his inner circle continue to claim Canadian voting-machine manufacturer, Dominion Voting Systems Inc., conspired to help Biden steal the vote.

Dale confirmed that Imperial County does use Dominion machines but knows of no incidents or problems with the equipment.

“Our contract with Dominion began in July 2015 for equipment used to tally votes for an election. Elections staff conducts a logic and accuracy test before and after each election to ensure the machinery and programs are working properly. In addition, every other year, Dominion representatives test the equipment and update the programs that have been certified by the Secretary of State. According to (recently retired county Registrar) Debra Porter, the department has never experienced any issues with the equipment or program,” Dale stated in an email Nov. 17. 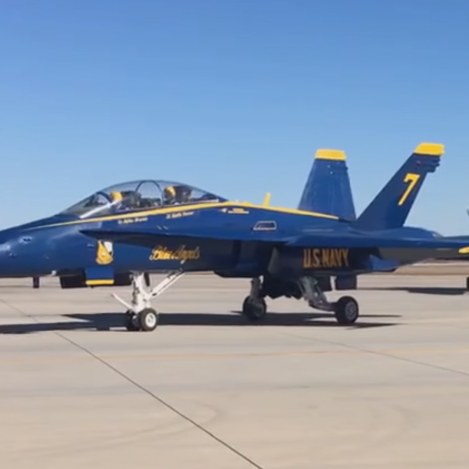