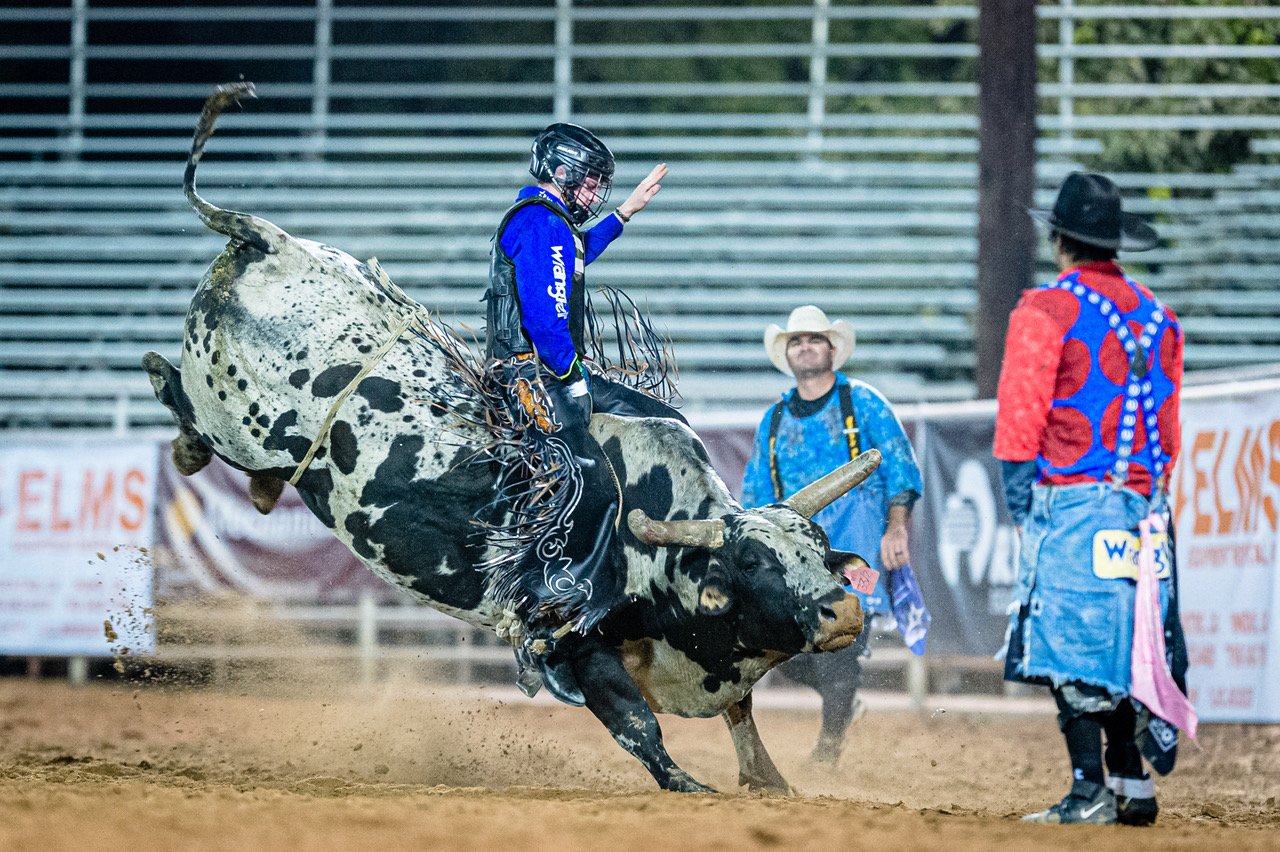 A pay-per-view streamed rodeo from an empty arena, a virtual mariachi concert, an online parade, and several cowboy-related contests throughout the week helped reinvent the traditional Cattle Call week of festivities in light of the ongoing pandemic.

“The most important concern for the chamber was to ensure we don’t contribute to any spikes in COVID-19,” Brawley Chamber of Commerce Chief Executive Officer Katie B. Luna said. “Our virtual events were a way for the chamber to contribute to healthy practices while enjoying our traditions.”

“Our virtual Cattle Call has been a total success,” Luna said last week. “It was important that we did not encourage any gathering this year so our COVID-19 numbers wouldn’t spike, and our businesses can have better opportunities to reopen.”

Although the chamber is not involved in the rodeo, that, too, went virtual this year, as the Cattle Call Rodeo Committee livestreamed three performances of the 64th running of the rodeo in a crowd-less Cattle Call Arena on Saturday, Nov. 14, and Sunday, Nov. 15.

“It’s one of the largest events held in the Valley, and we just couldn’t go without it,” said Carson Kalin, chairman of the Rodeo Committee, in a September statement announcing the intention to continue the event despite the pandemic.

While the rodeo still ran as usual at its core — with professional cowboys and cowgirls atop horses and bulls — the chamber events took a bit more creativity to continue.

The traditional chili cook-off event, often held in the city’s main street, was adapted to an online contest in which participants were asked to submit a contest entry by Nov. 4 and later film themselves cooking any type of chili before 2 p.m. Nov. 7, according to chamber guidelines.

Chili cook-off participants were asked to post videos of themselves cooking along with a photo of their final product onto their Facebook page and include the tag @brawleychamber along with the hashtags: #BrawleyChiliCookoff and #CattleCall2020. These hashtags are still live on Facebook and can still be used to view several of the video entries that were submitted for the cook-off.

Eligible chili cook-off entries were judged based on the total number of “likes” they received from their Facebook submission post. The winners for the virtual cook-Off included Vivian Nino, who received first place, Ceci Gastelo, who came in second, and Wilde Petals, a local floral shop that received third place for its submission, Luna said.

“The participation (for the virtual events) has been successful,” Luna said. “The most rewarding experience has always been and continues to be watching our community enjoy tradition.”

The chamber also held the Cattle Call Lone Ranger Virtual 5K, which encouraged community members to find time to carry out their own 5K-length run wherever they like between Sunday, Nov. 8, to Saturday, Nov. 14. Each participant was also asked to post their run on Facebook with the tag @brawleychamber along with the official hashtag #CCLoneRanger5k. Participants were to receive an event T-shirt and running bib for their part in the run, according to chamber guidelines.

“The most challenging part has been getting the word out about what we had planned virtually,” Luna said. “These days there is info overload, and we tried to get our events promoted without adding to the white noise of social media and media.”

Adding to the festivities was a virtual auction that opened from Monday, Nov. 9, to Nov. 14. The website BiddingOwl.com made the virtual auction possible and a link to the live auction was made available on the chamber’s website. The auction included a total of 43 different items to bid from, according to the auction site.

Following the online auction, the chamber also held its first virtual Mariachi Night concert, which featured its annual Mariachi Idol competition. Similar to the cook-off competition, participants were asked to film themselves singing a three-minute mariachi song without any vocal enhancements and post the video on their Facebook page with #CattleCallMariachi and tagging @brawleychamber, according to contest guidelines.

Singers were also asked to include only one person per video and show their full body so viewers can see stage presence. A total of 10 singers submitted video entries of them singing various mariachi songs, which were compiled into a single 43-minute YouTube video produced by Victor Nuno for the community to watch, according to the chamber.

The chamber’s membership coordinator, Ramiro Urías, said Mariachi Night and the video was dedicated to Francisco “Kico” Guerrero of Desert Prosound Entertainment. Urías said Guerrero recently died of a COVID-related illness. For several years, Guerrero had worked the sound system for most chamber events and just about every Cattle Call event.

Of the new Mariachi Night format, singer Arturo Cossio said, “I had never competed, and this year I did it because it was virtual, and it was just sending a video.”

Although he has sung professionally for about 24 years, Cossio said he decided to give the virtual singing competition a chance. He said that he normally performs with his mariachi band during the annual Mariachi Night events in Brawley.

“I am very proud to have won this competition because I am not one of those who likes to enter singing competitions,” Cossio said. “I think I will enter next year, but I hope it’s live.”

Following the virtual Mariachi Night, the chamber also held a decoration contest where participants were asked to decorate their homes with Western items and support the 2020 Cattle Call theme, “Ride of a Lifetime,” according to contest guidelines.

Community members who entered the contest were asked to post pictures of their decorated home or business on Facebook and tag @brawleychamber and include the hashtags #BrawleyDecoratingContest and #CattleCall2020, per guidelines.

“I first heard about the decoration while hearing KXO radio station,” Brawley resident Tony Cardenas said. “I already had a visual of my setup because I have been decorating my front lawn for the past five years.”

Through the help of his daughter, Clarissa, Cardenas was able to submit photos of his home’s Western display, which featured silhouettes of cowboys and cowgirls swinging rope on the lawn with facemasks covering their mouths. The 2020 Cattle Call Royalty and Brawley Cattle Call Queen Royalty Association helped the chamber judge the decoration contestant, which ultimately named Cardenas the winner, Luna said.

“I was very happy and felt overwhelmed,” Cardenas said. “I was glad they had a contest this year.”

Cardenas was glad he had the opportunity to contribute to the Cattle Call festivities because his display helped reinforce a bit of normalcy and tradition to this time of year despite the ongoing pandemic’s effect on the community.

“I feel the changes have been affecting all in Brawley because it’s a gathering tradition and no gatherings are allowed this year,” he said. “Most of all (is its effect on) the revenue (Cattle Call) brings into the town.”

These sentiments were also shared by Brawley chamber’s Luna, who believes that the collective loss in tourism, which is normally generated by the larger week-long Cattle Call events, will result in the loss of millions of dollars when considering the local businesses’ lost income, the city’s lost sales tax, and the chamber’s lost revenue.

“Many of our local businesses rely on Cattle Call to bring them out of a slow summer. Unfortunately, we won’t see that fully happen,” Luna said. “It is a huge hit to our community … we will feel the effects throughout next year to three years, if not longer.”

During these difficult times, Luna said she hopes that businesses are taking advantage of any financial assistance available to them so that they can weather the storm through next year and into next fall when they can hopefully have Cattle Call again.

“We have a long way to go for recovery of our economy,” Luna said. “Our most crucial role right now is being a convener of leaders to find solutions for economic stability during COVID.”

In addition to the decoration contest, the chamber also held a virtual version of the old Whiskerino contest, featuring impressive mustaches/beards, and a virtual Cattle Call parade, which ended the week of festivities in anticipation of the Cattle Call rodeo held Nov. 14 and 15 through the Cowboy Channel app, according to the chamber.

In the mustache/beard contest, Meno Diaz secured the win for his photo submission of his beard and mustache combo, which landed him 154 Facebook “likes.” George Gonzalez placed second with 131 “likes” and Jacob Gastelo rounded out third with 54 “likes,” according to Luna.

As for the Cattle Call parade, participants were asked to create a Cattle Call-themed floating vessel that is no bigger than 24 inches by 24 inches and film it floating in water from one foot away in a 15-second clip, according to contest guidelines.

Video entries were asked to be posted on the Brawley Chamber of Commerce’s Facebook page by Nov. 9 to provide the chamber time to compile the various entries into a single free online video parade, which was uploaded to the chamber’s Facebook page on Saturday, Nov. 15.

Maria Dominguez secured the winning float for the 2020 Cattle Call virtual parade, while second place was given to Best STEP Forward, an organization under the Calipatria PAL program and third place was given to Valerie Zills Smith of Masters Construction, explained Luna.

Video entries for the various virtual Cattle Call events can still be viewed using the designated hashtags for each contest or by visiting the Brawley Chamber of Commerce’s Facebook page. The community can also catch a rerun showing of the 2020 Brawley Cattle Call rodeo performances on Nov. 20 through Nov. 22 at 5 p.m. on the Cowboy Channel app, according to Carson Kalin, chairman of the Brawley Cattle Call Rodeo Committee. 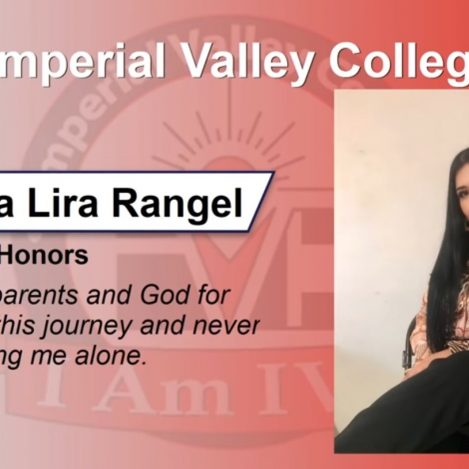