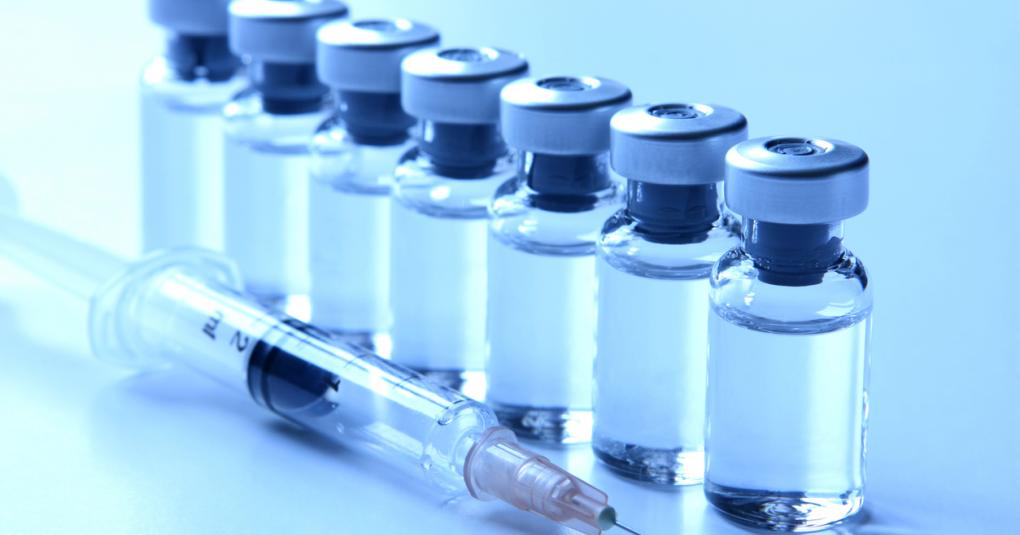 News that doses of a COVID-19 vaccine could arrive in communities across the nation in limited supplies by mid-December has brought a sense of hope to many amid rising cases and hospitalizations. | STOCK IMAGE
Home
COVID-19
In COVID-19Featured StoriesLocal News

As COVID-19 cases rage across the United States in what some are calling a third wave, setting new records each day for the last couple weeks, local officials appear far from hitting the panic button, by all accounts steeled from the live fire experienced when Imperial County was the nation’s coronavirus capital during late spring and summer.

While Gov. Gavin Newsom rolled back restrictions on some 11 California counties on Tuesday, Nov. 10, placing regions like neighboring San Diego County into the most-restrictive purple tier, a designation from which Imperial County has never even had a chance to emerge due to the consistently high rates of COVID transmissions, local Public Health Department and county officials, along with the region’s two hospitals, were more engaged with the promise of a vaccine than mired in the doom and gloom of increasing cases.

That’s not to say there isn’t concern. Planning for an even larger local surge is well underway at El Centro Regional Medical Center and Pioneers Memorial Hospital in Brawley, and the Alternative Care Site has been upgraded from its dormant “warm” status, to “patient ready,” on stand-by to receive the COVID-infirmed as soon as the need arises, Imperial County Emergency Medical Services Agency Director Chris Herring said during a Nov. 5 press conference.

Although county Public Health Director Jeanette Angulo reiterated this fact to the county Board of Supervisors on Tuesday, Nov. 10, Herring said it first last week in describing the rise in cases locally and the current readiness of the emergency-response system.

El Centro Regional had 44 COVID-positive patients of a total of 113 hospital admissions as of Wednesday, Nov. 11, one of highest COVID-patient counts — if not the highest — the hospital has seen since summer surge.

Daily census data was not immediately available for Pioneers for Nov. 11, but on Monday, Nov. 9, the Brawley hospital had eight COVID patients of 62 total admissions.

Some 17 U.S. states reached their peaks for hospitalizations Nov. 10, most of them concentrated in the Midwest. Of the four major regions of the country — the Northeast, Midwest, West, and South — the West is among the least-hardest-hit now, just ahead of the Northeast in numbers of hospitalizations.

Still, as a nation, the U.S. is seeing well over 100,000 new cases of COVID a day, and over the course of four consecutive days last week, the country kept breaking its own record, peaking around 148,000 new cases in a single day.

There are currently around 10 million cases of COVID in the U.S. and those numbers are rising.

Locally, Imperial County saw 593 active new cases of coronavirus on Nov. 10, according to the county Public Health COVID-19 Surveillance Dashboard. The number of active cases were in the 400s last week.

Positivity rates for Imperial County were peaking as well at 16.29 percent, with 24.37 new cases of COVID per 100,000 residents (unadjusted). The state also released its new numbers Nov. 10, which vary slightly from the county Health Department’s data.

Hope on the Horizon

Yet as bad as all the data appears for Imperial County and the rest of the nation, hope is on the minds of local health officials with the news Monday, Nov. 9, that Pfizer believes it has a vaccine that is 90 percent effective against COVID-19.

It was a revelation Monday that had National Institute of Allergy and Infectious Diseases Director Dr. Anthony Fauci saying, “It’s going to have a major impact on everything we do with respect to COVID,” and Dr. Bruce Aylward, the World Health Organization’s senior adviser, declaring Pfizer’s vaccine could “fundamentally change the direction of this crisis” by March.

This came on the immediate heels of a “60 Minutes” segment Sunday night, Nov. 8, that revealed the government’s Operation Warp Speed program aimed at fast-tracking the development of vaccines in the U.S. (of which Pfizer said it was not a part) is ready to ship tens of millions of doses of vaccine around the country before the end of the year with the blessing of the U.S. Food and Drug Administration, which has to give any vaccine an Emergency Use Authorization.

By Monday morning, local officials were expressing joy at the development.

“It gives us all scientific hope for what is to come next. It provides the clinical teams a ‘look ahead’ as we seek a better future. With 90 percent success rate, this sets the stage to help us all,” El Centro Regional’s Chief Executive Officer Adolphe Edward stated in an email Nov. 9. “We continue to do our local (AstraZeneca vaccine) trials as well, so we are covered in many ways.

“Also, the news last night is that 80 million vaccines are ready to roll out gives us more hope. And knowing we are a land of hope and prosperity, it helps builds the economic engine, and I see that Wall Street and Main Street feel good; the markets have rebounded,” Edward added.

“Great news, and what we have been waiting for, but in the weeks and many months ahead, there is absolute need for early treatment,” Pioneers Health Center director Dr. George Fareed said, referring to his ongoing crusade with several local physicians and other national doctors to recognize the hydroxychloroquine cocktail as an early-treatment option.

On Nov. 10, the county Public Health Department dedicated much of its weekly COVID update at the county Board of Supervisors meeting to discussing the “vaccine planning” now going on across the country among local health departments in conjunction with the state.

For all indications, these discussions have been taking place for some time, only to be brought out in the open with the week’s vaccine-related national news.

Public Health Director Jeanette Angulo said the planning has included many ongoing daily calls with the state regarding “a lot of unknowns,” adding the state is anticipating limited quantities made available by mid-December.

Both the quantity and the type of vaccine “are still unknown,” she said.

Public Health Officer, Dr. Stephen Munday said that whatever does come to Imperial County will be for a “targeted population” and that state and local officials, both here and all over the country, are in the process of determining what that targeted population will look like.

Although there have not been any concrete numbers attached to the amount of vaccine that will be initially shipped, the “60 Minutes” report on Operation Warp Speed indicated that a medical supply company attached to the first wave of what is believed to be the Pfizer vaccine has 88 million vaccine kits ready to roll.

While it’s not clear exactly what that means, one kit contains one syringe, and the Pfizer vaccine is administered in two doses, each 21 days apart, so that could be enough vaccine for about 44 million people.

Edward stated on Nov. 9 that he has heard 1 billion doses of vaccine would be ready for all Americans by April 2021.

Meanwhile, Munday spoke at the board meeting about some of the science behind the vaccine development, adding that Pfizer’s vaccine had been tested in a very small sample set of about 40 participants, and that although the results were encouraging, once that sample set enlarges, that 90 percent success rate will inevitably change, “for the better or the worse.”

He added there is still work that must be done. News reports stated Pfizer would be submitting to the FDA for Emergency Use Authorization by the end of November, but Munday said the pharma company still must submit its safety reports and other critical documentation.

It’s also not certain that the Pfizer vaccine will be the one the Valley receives. “They are in the lead, but others are to follow behind,” Munday added.

According to the Associated Press article that announced the Pfizer advancement, vaccine developer Moderna is also set to apply for its EUA at the end of the month, although no other information on the Moderna vaccine was immediately available.

One of the issues surrounding the Pfizer vaccine, something that was highlighted in the Nov. 8 “60 Minutes” segment but not as much in the Nov. 9 news reports, was the fact that the Pfizer vaccine requires delicate and infrastructure-heavy storage and transport that involves special “sub-zero” freezers to hold the doses.

ECRMC’s Edward on Monday said his hospital is ready and has the freezers capable of storing the vaccine. The same was asked of Pioneers and the county health department Nov. 9 but neither responded.

On Nov. 10, however, Supervisor Ryan Kelley asked the same thing, inquiring whether there was the local capacity at the health department and whether acquiring these “ultra” freezers might be an issue if there is a demand on them nationally and the supply chain is affected.

Munday said the health department does have such freezers in place and equipment that can be repurposed.

Angulo at one point talked about discussions with other local healthcare providers about the freezers, saying with no guarantee that it will be the Pfizer vaccine that comes to Imperial County, making the investment on the sub-zero freezers can be a gamble.

As the number of cases increase locally, there has been a need for more testing capacity, and since last week public health officials have said the department is working with the state to increase that capacity.

Director Jeanette Angulo said Nov. 10 the department has been in discussions to bring in a mobile field-testing setup that is staffed with a testing team and able to go to targeted populations like farmworkers and other high-risk groups.

As of Nov. 10, there was still nothing concrete to report. Deputy Director of Environmental Health Jeff Lamoure, who has been tasked with leading testing efforts, reported the same Nov. 5.

The county is down to one free, state-sponsored OptumServe site in Brawley, and it was being utilized at 85 percent capacity. However, Lamoure said last week that there are plenty of testing supplies at the various community testing sites that include Dr. Tien Vo’s offices and Dr. Brian Tyson’s All-Valley Urgent Care.

EMS’ Chris Herring reported last week that the Alternate Care Site at Imperial Valley College is “patient-ready,” including a small staff of clinicians ready to operate it as soon as the facility is needed. Although it doesn’t appear open, the ACS is ready to go when the hospitals require its presence.

The ACS closed in September, but the equipment was left behind, as health officials believed the country would undergo a second wave of the virus.

As far as hospital capacity, the numbers look high at El Centro Regional, but Edward maintains that his facility is ready this time and has a plan in place.

Last week, Edward said the ICU can increase capacity to as high as 32 beds relatively quickly if the staffing is on hand. He said that he expected to be able to go up to 24 beds by this week, with “staffing already in the works.”

He added discussions are also underway with the state to expand the medical-surgical unit by 50 beds, if needed, by building an external tent in the north parking lot off Ross Avenue.

Because of the massive need due to the summer surge, El Centro Regional already has 85 negative-pressure rooms to contain COVID patients, “the highest number in the state that we know of,” Edward said last week.

Both ECRMC and Pioneers have ample supplies of ventilators and personal protective equipment.

For Pioneers, CEO Larry Lewis on Nov. 5 said his facility’s eight ICU beds can quickly add six beds by converting existing rooms, and he said he has a plan with the state to build out 10 additional patients beds in the hospital’s auditorium.

Edward wanted to assure people in the Imperial Valley that El Centro Regional and Pioneers has access to the highest-quality medications available, including “the usage of remdesivir, Regeneron, which is (modified COVID) antibodies, and treatments that our own President (Donald Trump) received at Bethesda and Walter Reed.”