The red pin shows the approximate location where a U.S. Border Patrol agent struck a Guanajuato, Mexico, man on Anza Road east of Calexico on Nov. 6., according to the California Highway Patrol. The man, an undocumented immigrant, died from his injuries in a Palm Springs hospital. | GOOGLE MAP
Home
Local News
In Local News

Man Killed After Being Hit by Border Agent ID’d, Was a Mexican National, 21

CALEXICO — An undocumented immigrant from Nayarit, Mexico, died from his injuries in a Palm Springs hospital after he was struck by a U.S. Border Patrol vehicle on Anza Road east of Bowker Road on the outskirts of Calexico on Friday night, Nov. 6, according to a report from the California Highway Patrol.

The man died from blunt-force trauma and compound-fracture injuries in Desert Regional Medical Center in Palm Springs, according to the report of responding Highway Patrol Officer Cuauhtémoc Beltran.

Although the Mexican consulate is working to notify the man’s next of kin, the Riverside County Coroner’s Office identified the decedent as Heli Daniel Segura-Avina, age 21, an undocumented immigrant out of Mexico. The Highway Patrol provided the man’s home state.

Initially, details into the circumstances around the collision seemed to be in direct dispute when a statement put out by El Centro Sector U.S. Customs and Border Protection officials on Saturday, Nov. 7, did not line up with the report released Monday morning, Nov. 9, by the Highway Patrol.

In the Customs and Border Patrol statement, the agent claimed the man was laying in the road at the time of the collision.

An agent assigned to the El Centro Sector’s Calexico station was apparently responding to an “illegal entry of individuals into the United States from Mexico” about 8:40 p.m. when the agent, while responding to the area in his vehicle, “was unable to avoid colliding with an individual laying in the road,” according to the CBP statement emailed to media by El Centro Sector Special Operations Supervisor Agent Jorge L. Rivera-Navarro.

Investigating Officer Beltran’s report indicated the man who was killed was apparently moving across eastbound Anza Road in a northerly direction at the time of the collision. It specifically uses the term “traveling,” which was affirmed by a Highway Patrol spokesperson Monday morning.

However, during a subsequent conversation with California Highway Patrol Public Information Officer Arturo Platero Jr. on Tuesday, Nov. 10, he said a final determination on the details into the collision are still under review and investigation by both agencies.

After speaking with Border Patrol officials further Tuesday, Platero said, “It appears the subject was on the ground at the time of the impact.”

The agent apparently received injuries at the scene, suffering minor lacerations to the face, according to the Highway Patrol report.

Potential Delays for Southbound Vehicles at the Calexico West

Although reportedly injured himself, the agent rendered aid to the man he struck until emergency medical services arrived on scene, according to the Customs and Border Protection statement.

The Nayarit man was then transported to a local hospital, and subsequently airlifted to a trauma center in Palm Springs, where he died, both the CBP and CHP statements confirmed.

“The U.S. Border Patrol is working with relevant authorities to identify the individual. (Department of Homeland Security Office of Inspector General) was notified and is conducting its assessment. The California Highway Patrol is investigating in coordination with CBP’s Office of Professional Responsibility, which will also review this incident,” according to the CBP statement.

“As the investigation develops and more details are released, we will update,” stated El Centro Sector Border Patrol Special Operations Supervisor Agent Jorge L. Rivera-Navarro in an email on Nov. 7.

Rivera-Navarro on Monday morning, Nov. 9, was asked to offer clarity into the initial conflicting reports.

“The Border Patrol is cooperating with all the agencies investigating this incident. At this time, we have no further comment as this is an ongoing investigation. An official report will be generated by those investigating agencies and released at the conclusion of their investigation,” Rivera-Navarro stated in an email. 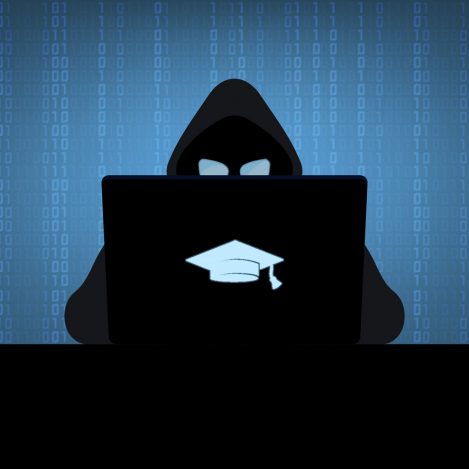 That Student in Your Community College Class? They Could Be a Bot.