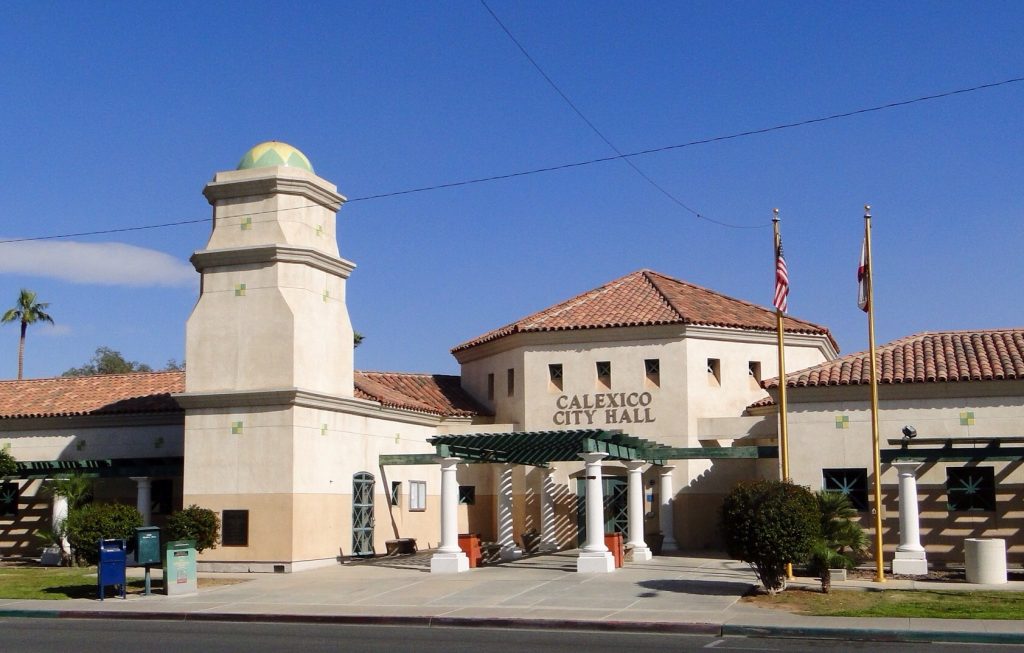 In what could be best described as a remaking of the Calexico City Council, three of the four open seats appear headed to newcomers, among them a 23-year-old community activist who ran away with the short-term post meant to replace disgraced former council member David Romero.

The preliminary results are based on early mail-in ballots counted through Wednesday, Nov. 4, and same-day voting at Calexico’s 19 precincts.

Candidate Raul Ureña won the two-year seat with a commanding 3,379 votes, or 68.41 percent of the votes cast, over incumbent appointee Morris Reisin, who garnered 1,286 votes, or 26.04 percent.

“Calexico is hurting, deeply hurting, and it has been for about five years … Calexicans wanted change and they are acting on it,” Ureña said Thursday morning, Nov. 4. “The citizens of Calexico wanted new representatives.”

Ureña added that he was proud that his community stood up and demanded change, citing how some of the more progressive candidates in El Centro and other areas of the county were met with lukewarm response. He added voters in those communities are comfortable, in a way that Calexico residents are not.

For the three available full-term positions, it appears the elected incumbents have been defeated and will be replaced by Heffernan Memorial Healthcare District Trustee Gloria G. Romo, retired law enforcement officer Javier Moreno, and appointed council member Camilo Garcia, who was selected to replace Romero in June until an election could be held.

Romo stood atop the considerable mountain of eight full-term candidates, amassing 1,726 votes, or 16.04 percent of the votes cast, as of 5 p.m. Wednesday, Nov. 4.

Although Romo was reluctant to speak at first, until the tally is final, she was thankful Thursday morning, Nov. 5, and cognizant that Calexico voters have sent a strong message.

“I am very, very happy … and very, very proud that the citizens went to vote and asked for change on the council,” she said. “Calexico (citizens) are the ones who won this election.”

Romo said the pandemic has been devastating to the economy of Calexico, and she believes that is one of the reasons voters responded so strongly. She said she intended to focus her efforts initially on helping the economy recover.

“We need faith, and together we can get through this pandemic,” Romo said, adding she hopes to be able to speak with the city manager soon to be able to gather the information needed to address the economy.

For now, she is awaiting the final results and said she is honored to potentially be able to work with all the winning candidates.

Moreno said Nov. 4 that change was in the air and Calexico residents spoke up.

“It’s out with the old and in with the new … Calexico residents wanted real change. In the face of a pandemic, people came out and voted, and I’m very humbled by that,” he said.

“The new City Council has to be about reclaiming the voice of the people and restoring trust and transparency,” Moreno added.

Garcia said he was thankful to the voters of Calexico who took the time to cast their ballots during a pandemic in an “unconventional election.”

“I’m going to be here to try to help in our city and our community,” Garcia said Nov. 4. “My agenda is same as it has always been: I’m here to serve everyone.”

Garcia added that his first task will be the pick up his campaign signs, because the city is going through tough financial times and everyone needs to do their part.

With an untold number of mail-in and provisional ballots remaining to be counted, it’s not known whether any of the full-term positions could shuffle a bit, as eight candidates competed for the seats now held by council members Bill Hodge, Lewis Pacheco, and Reisin.

In the race for the two-year seat, Michael Anthony Jeffers was the third finisher.

At the tail end of the Calexico City Council meeting on Wednesday evening, Nov. 4, Mayor Rosie Fernandez, the only council member whose seat was not up for re-election, congratulated the many office-seeker who tentatively won their races, throughout the county and in Calexico.

Hodge briefly joined in, offering his congratulations, too.

Other than that, city staff nor any of the other council members made a mention of the election.

Throughout the race, this election has been seen as a mandate for change in the city, with the incumbents facing criticism from various camps. In many ways, the movement to unseat the incumbents began with the ceremonial selection of Fernandez as mayor earlier this year, a move that lit a fire under some community members due to her driving-under-the-influence conviction.

A series of protests, grassroots organizations, and movements to dethrone the current council began in earnest.

Previous
Imperial County Could Be Looking at Epic Election Turnout