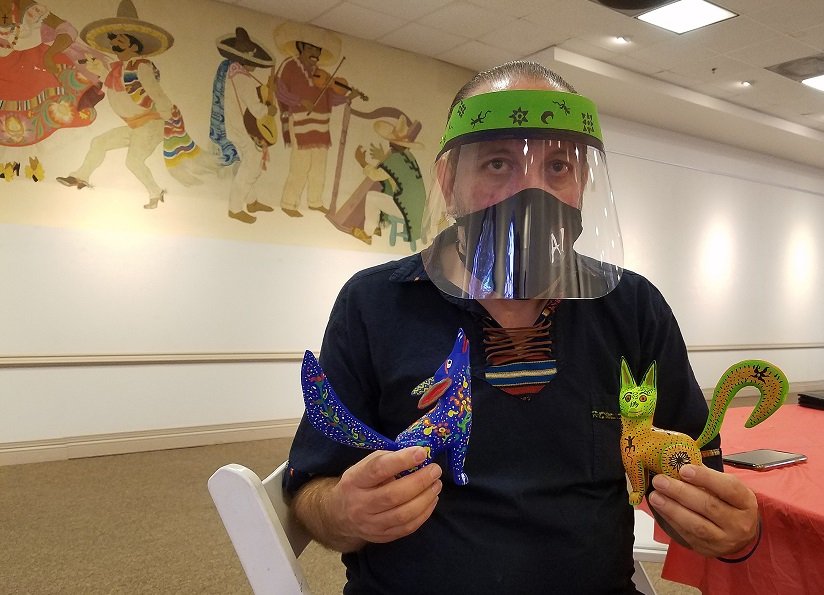 CALEXICO — This fall, the Carmen Durazo Cultural Arts Center has served as the go-to venue for anime aficionados, budding guitar players and Oaxacan artisans thanks to a partnership between the city’s Recreation Department and the nonprofit Calexico Arts Council.

The two entities collaborated to present a series of free virtual workshops that were aimed at different segments of the public and which were funded by grants the Arts Council was able to secure.

And though COVID-19 prevented the center from hosting in-person workshops, it provided an opportunity to have a father-son duo of Oaxacan artisans teach one of the virtual classes from their native state in Mexico.

“People think that the doors have shut when actually the doors have really opened,” Arts Council vice president Jimmy Duron said. “We opened up our minds and said we need to think about how to do this.”

Duron’s remarks came on Oct. 20, when he and several other representatives of the nonprofit, the Rec Department and the public gathered at the center to discuss their ongoing and pending programming efforts.

During the meeting, Calexico resident Luis Delgado eagerly spoke about his experiences virtually teaching a Spanish guitar class for beginners, as well as learning to paint “alebrijes” during the workshop led by the Oaxacan artists.

Delgado acknowledged the difficulties of teaching the beginners’ guitar class online and being unable to offer the type of hands-on instruction typically needed to help improve technique. The upside to his absence is that it often prompted a parent to provide that assistance.

“I’ve noticed that the online (guitar) class has forced parents to become involved,” Delgado said in Spanish. “We’ve generated a family activity that they didn’t have before.”

Delgado was also instrumental in enticing the father-son team of folk artists to host the Zoom workshop from Oaxaca on how to paint alebrijes, the colorful wooden figurines often depicting mythical creatures that are crafted by Mexican folk artisans.

Collaborating on arts programming is nothing new for the Arts Council and Recreation Department. They now have ambitious plans to enhance joint offerings that are receptive to the input of program participants and the city’s diverse residents.

The recently established Anime Club of Calexico is a prime example of how collaboration and community input can bear fruit. The origin of the club is owed to local students who had participated in a 2019 summer arts program, where they painted and drew their own renditions of several of Calexico’s historical buildings.

When asked by program organizers what kind of programs the students would like to see in the future, the students were nearly unanimous in suggesting an anime workshop.

Their suggestion resulted in a five-week Zoom class this fall that registered more than 50 participants, as well as the subsequent establishment of the club.

“We’re trying to hit every one of the populations and their needs,” said Carmen Durazo, Arts Council president.

The class attracted about eight young participants and was hosted via livestream on the department’s Facebook page.

“I’m hopeful that we can do it again in the future,” Kintero said.

It proved beneficial for both participants and parents alike, said recreation manager Norma Gerardo, who has a 10-year-old child who is autistic and who she registered for the class.

“We parents are very appreciative of that opportunity,” Gerardo said during the Oct. 20 meeting. “Children of all kinds, of different learning disabilities, do enjoy art in any shape or form.”

Gerardo’s role as department manager is fairly new and stems from the City Council’s approval in May to reorganize the Community Service Department’s two divisions — library and recreation — into their own respective departments. The reorganization also saw the placement of the library’s Cultural Arts subdivision into the Recreation Department and the subsequent hiring of a part-time cultural arts assistant position (Kintero).

Both Gerardo and Kintero have worked closely with the Arts Council on past art initiatives and have found common cause.

“We have a great history,” Durazo said. “We’re not starting from square one.”

To date, the city has not been able to directly fund any arts programming for the Cultural Arts Center, on account of the city’s limited general fund budget. The Arts Council’s typical fundraising efforts and events have also been hampered by the pandemic’s prohibition on large social gatherings.

“We decided the only way to help the need in the community was to go after grants,” Durazo said.

Much of the fall’s programming was made possible by a $4,000 California Humanities quick grant that itself was funded by the federal Coronavirus Aid, Relief and Economic Security Act. The Arts Council was also successful in obtaining a $27,000 Cultural Pathways grant from the California Arts Council.

The California Arts Council grant will help provide some arts programming for the seniors residing at the De Anza Hotel, where the Carmen Durazo Cultural Arts Center is located.

“We have a pretty good bank to continue to provide the community of Calexico with different forms of programs,” Durazo said.

The transition to virtual programming this fall was greatly assisted as well by musician, voice actor and Calexico native Dan Navarro. Navarro tasked one of his sound technicians to find a good deal for much-needed equipment to establish a stronger internet connection at the arts center.

“He loves his hometown and the center,” Durazo said.

With its funds flush for the moment, the Calexico Arts Council is now looking to increase the number of artisans it can employ as independent contractors to lead the five-week workshops at the center.

There has been times when community members have expressed an interest in exploring an artistic endeavor for which the Arts Council or Recreation Department is unable to find experienced individuals who could potentially serve as workshop instructors.

To help fill that void, the Arts Council is encouraging interested parties to submit workshop proposals for a class, and an invoice for supplies, which, upon approval, are purchased in advance.

Those interested in potentially hosting a workshop are encouraged to contact the Calexico Arts Council at 760-357-3322 or at calexicoartscouncil@gmail.com. 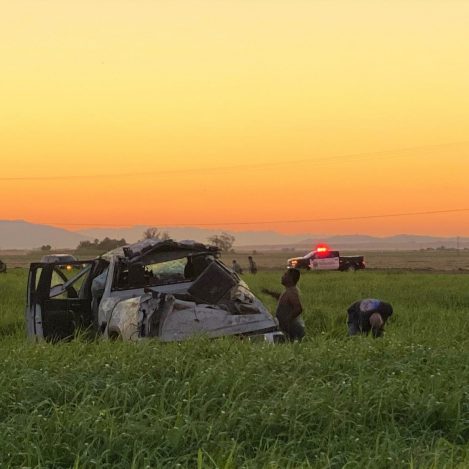