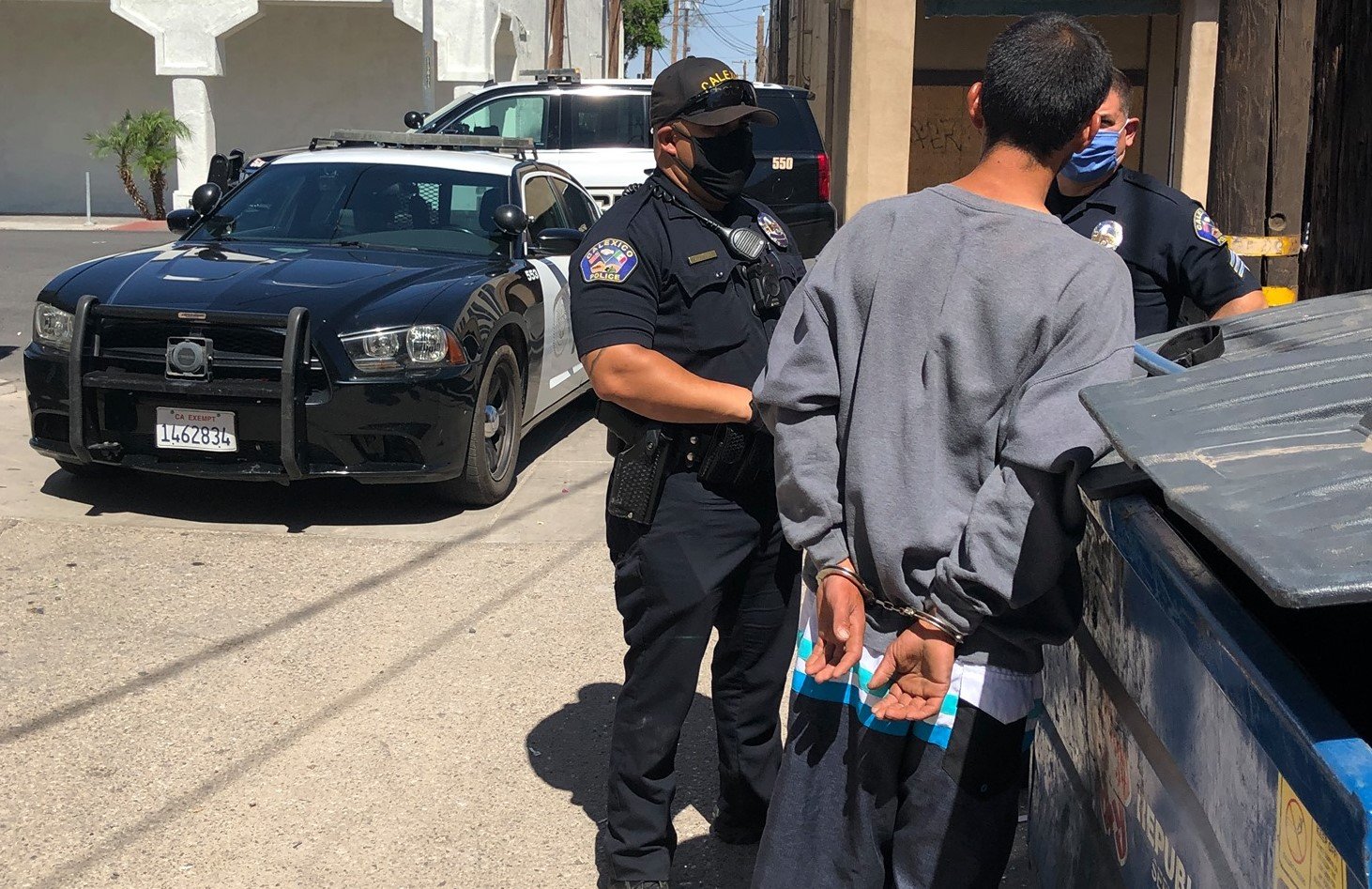 Calexico police officers take a suspect into custody in this image provided by the Calexico Police Officers Association. The Calexico Police Department, the Imperial County Sheriff’s Office and Behavioral Health Services are partnering in a six-month pilot program meant to help those facing mental-health issues and the first responders on scene. A “co-responder” from the Sheriff’s Office deployed with police will help transport psychiatric-hold patients to help free up officers to remain in their home jurisdictions. | COURTESY PHOTO
Home
Local News
In Local News

Before the pandemic, involuntary psychiatric holds, known as 5150 holds, could keep an officer busy for four to five hours. Now, with COVID-19 and additional health regulations, some calls are taking officers off the street for up to 16 hours.

“When you take an officer away from my city, where I only have four guys working, and you leave one guy out for 16 hours, it’s not good,” Calexico Police Chief Gonzalo Gerardo told the Imperial County Board of Supervisors on Tuesday, Oct. 20. “Most of the time, when we’re ready to take them into mental health, their crisis is over.”

That may soon change, though.

Training is set to start on a new partnership that officials hope will help those facing mental-health issues and the first responders on scene.

The Imperial County Sheriff’s Office and Behavioral Health Services are partnering for a six-month pilot program primarily covering the southern region of the county, before expanding to the northern region during the first half of 2021.

And those numbers are just going to keep going up during this pandemic, Chief Gerardo said. He estimated those numbers could even double with the way the Calexico and El Centro police departments have had increased calls since the pandemic began, when more people have found themselves at home, either in quarantine or because of job losses that have resulted since March.

Gerardo was at the board meeting where the pilot project was being presented representing police chiefs throughout the county. He is president of the Imperial County Chiefs and Sheriff Association.

Plancarte-Garcia explained when law enforcement agents or ambulances are transporting people on 5150 calls to the hospital or other locations, it takes them out of their duty for quite a while.

“We have been trying consistently to (transport) by ambulance, and that at times is not possible,” she said. “It takes an ambulance out of their route for a minimum of four hours, sometimes more. So, it’s really affecting a lot of the resources.”

The pilot program would allow behavioral health representatives to respond sooner, where they can recommend different programs or actions instead of what is usually a medical check and possible hospitalization, Plancarte-Garcia said.

The pilot program, Gerardo said, will help keep officers in their home jurisdiction. They will still respond to these calls, but a mental-health rehabilitation specialist/technician and specially trained sheriff’s deputies will respond as well.

“We spend a lot of time with a 5150, from the initial call, to going out there and assessing the problem,” he said. “Everybody’s busy. Hospitals are packed right now due to COVID.

“We get there. We assess it. We figure out he’s a 5150,” Gerardo said of the currentprocess for police officers. “We take him to the hospital because we need a medical clearance. We do the COVID test. That’s where the problem starts.

“We figure if we have a co-response at that point, maybe we can get this streamlined down to spending up to … I think the longest we’ve spent in Calexico, we had two incidents since COVID started that were 16 hours. Prior to that, it took anywhere from four to six hours, which still is too much,” Gerardo added.

The goal of streamlining the program is to keep those officers on the street working, he said.

It wasn’t immediately available when the pilot program will be start, or how many co-responders will be deployed initially. 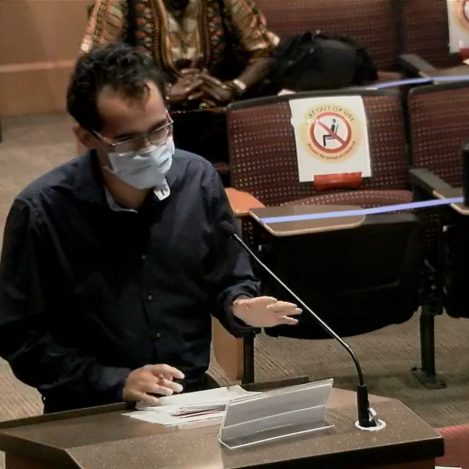