Darlene Barballianiz Boggs, a 2010 graduate of Calexico High School, said her upbringing on the border greatly influenced her social and political consciousness. A paralegal for the American Civil Liberties Union in New York City, she works on the ACLU's Immigrants' Rights Project and was recently spotlighted by the organization for Latinx/Hispanic Heritage Month, which ended Oct. 15. | COURTESY PHOTO
Home
Featured Stories
In Featured StoriesLocal News

NEW YORK CITY — Even though Darlene Barballianiz Boggs is more than 2,600 miles from her hometown of Calexico, the New York City-based paralegal with the American Civil Liberties Union (ACLU) said she is never too far from her roots.

It was in Calexico that she first became aware of some of more restrictive aspects of the nation’s immigration enforcement policy and its impact on residents on both sides of the border. That realization has since helped inform her budding legal career.

Her sense of community service and awareness of vulnerable populations was also greatly influenced at an early age by her mother, who assisted the region’s migrant farmworkers with their taxes.

Boggs said she credits those formative years for helping shape her social and political consciousness, educational and career path, as well as her diverse interests and passions.

“I feel like growing up on the border was the foundation,” Boggs said. “It really gave me a perspective.”

Her upbringing in Calexico, which included weekly trips to Mexicali to visit family, was influential enough that the 2010 Calexico High graduate felt compelled to mention her hometown in her employer’s Instagram post on Oct. 6 highlighting the nonprofit’s Latino staff during Latinx/Hispanic Heritage Month.

That social media post, by the nationwide ACLU account, mentioned Boggs’ employment with the ACLU’s Immigrants’ Rights Project, her background in immigration and asylum law, history, and Spanish interpretation.

In her own words accompanying the ACLU’s picture of her working from home, Boggs stated that the best way to celebrate Hispanic Heritage Month is by empowering Latino youths to keep challenging the nation’s “racist and classist” systems.

Nor did she hold back from criticizing the local public officials who had pushed to ease local restrictions against social and commercial activities amid the pandemic, as well as the local Superior Court for holding eviction proceedings despite a statewide temporary moratorium on such hearings.

The 28-year-old also singled out the city’s young social activists, largely responsible for the creation of the Imperial Valley Equity & Justice Coalition, for responding to local officials’ “long-standing negligence” with protests and pushback.

“I am so proud of the political consciousness and activism happening in my hometown,” Boggs told the ACLU’s 1.7 million followers in the Oct. 6 post.

Boggs has been employed with the ACLU in New York City for the past nine months and had interviewed for the job a few hours after her plane touched down when she relocated to the area about a year ago.

Prior to that move, Boggs had resided in the Bay Area, where she had attended the University of California, Berkeley and earned undergraduate degrees in rhetoric and anthropology in 2016.

“I grew up wanting to be a journalist, actually,” she said, and added that her initial journalism studies convinced her that such a career wasn’t likely to be a good fit.

Though she hadn’t taken any anthropology courses prior to her enrollment at Berkeley, a former Calexico High classmate who was studying anthropology at Northwestern University suggested that her experiences growing up on the border would serve as an adequate transition into the field of study.

“I really loved it,” Boggs said, adding that the subject matter balanced well with the more serious side of rhetoric and provided for some interesting reading assignments.

As it turns out, Boggs said she also credits her diverse interests in music and fashion as a product of her cross-cultural experiences.

Her fashion sense also caught the eye of several commenters on the Oct. 6 Instagram post. Boggs’ move to New York was partly prompted by her desire to “do something different,” and in particular to continue to make inroads into the fashion industry.

“I feel like a very multidimensional personality,” Boggs said.

Previous
County Board Gets History Lesson on Imperial Valley’s Disenfranchised 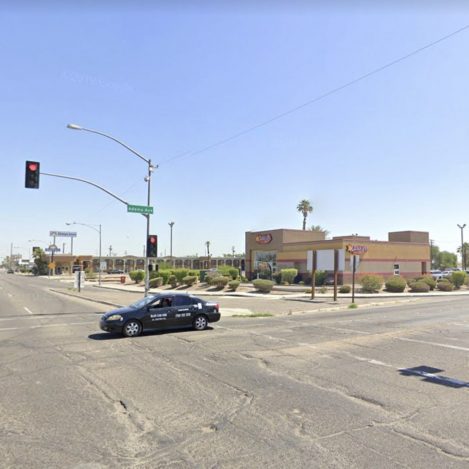