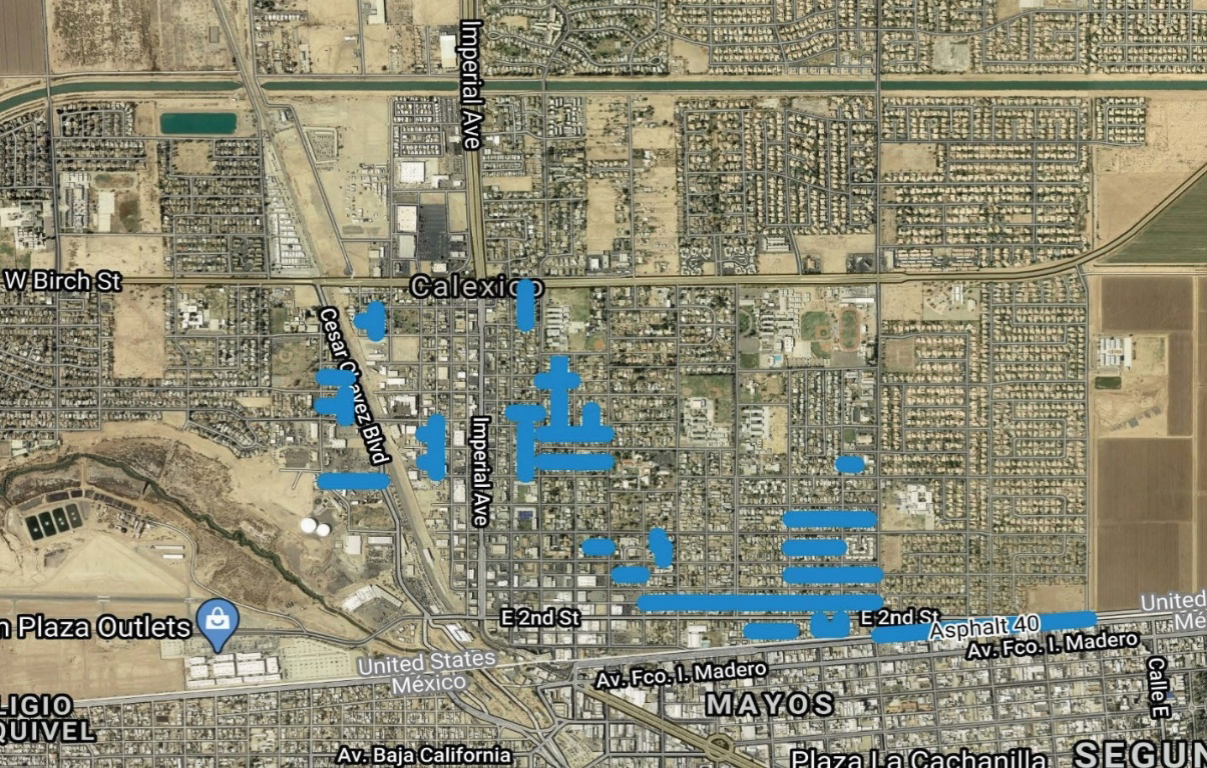 Earlier this month the Imperial County Air Pollution Control District was informed its application to the U.S. Environmental Protection Agency’s 2019/2020 Targeted Airshed Grant Program on behalf of the city of Calexico to pave parking lots and alley ways was selected for funding.

District 1 Imperial County Supervisor Jesus Escobar, who represents the Calexico area, announced that the award was tentatively coming during a county Board of Supervisors meeting on Sept. 15.

News of the official award of $3,350,371 million came Oct.1, with the air district announcing it to the public in a press release dated Oct. 15.

“The Imperial County has come a long way in improving air quality, but there is a lot more work that needs to be done,” Imperial County Air Pollution Control Officer Matt Dessert said in the press release. “I am proud that this grant will help all of us continue the fight for cleaner air for the residents of our binational border region.”

Calexico City Manager Miguel Figueroa was not immediately available for comment, but he said during the initial announcement Sept. 15 that he was pleased to see the moneys come to Calexico.

“The locations that will be paved will benefit residential, commercial, and law enforcement vehicles that travel through these alleys on a daily basis,” according to an email from Figueroa. “It is important to note that these alleyways intersect various single and multi-family residences in the city of Calexico, and residents utilize the alleys daily to access their homes.

“This proposal also calls for the asphalt paving of two extreme-use alleyways within the city of Calexico that total approximately 0.62 miles,” he continued. “By improving these alleyways, the city of Calexico will greatly reduce the amount of particulate matter emissions that would adversely affect residents and workers, but in particular sensitive groups in the population, such as students, individuals with respiratory issues, and the elderly.”

The application calls for the reduction of PM2.5 through the paving of the lots and alleys. PM2.5 is particulate matter less than 2.5 microns in diameter, which is considered the fine dust that penetrates the lungs and causes difficulties in breathing.

The announced grant award is for $3,350,371, but Figueroa also explained in September that there was a share of cost involved, and that the overall grant total including that share of cost was $3,535,699.

The TAG Program assists local air pollution control agencies with funding to develop plans and implement projects to reduce air pollution in the nation’s areas with the highest levels of ozone and PM2.5 concentrations. The county air district was eligible to apply to the TAG Program due to Imperial County’s designation as a PM2.5 “Nonattainment Area” for the 2012 annual standard of 12 micrograms per cubic meter, according to the county’s press release.

“The district will utilize the funding to pave identified unpaved, or dirt, residential alleys in Calexico in order to significantly reduce PM2.5 emissions, which adversely affect the health of residents,” the district stated in the release.

Although there weren’t a lot of specifics yet available on the paving project itself, Figueroa said the funding will tackle “approximately 3.46 miles of unpaved alleyways.”

The project ties into the air district’s efforts through the local AB 617 program to reduce exposure to air pollution in disproportionately burdened communities in California through implementing statewide strategies and community-specific reduction programs, according to the district release. The air district formed a partnership with local environmental justice organization, Comite Civico del Valle, to nominate the El Centro-Heber-Calexico corridor and establish a community steering committee to address pollution within the corridor.

“This project ties into our local AB 617 Program since it will directly benefit residents within the El Centro-Heber-Calexico Community Corridor by reducing PM10 and PM2.5 emissions with the paving of various unpaved alleyways in Calexico. The Imperial County APCD is always on the lookout for bringing in additional monies and resources for projects that will improve the air quality in our county, and our AB 617 Community Corridor. This grant award will allow us to further reduce emissions in the Community Corridor, along with AB 617 funding we receive from the California Air Resources Board,” Brinkerhoff stated in an email. 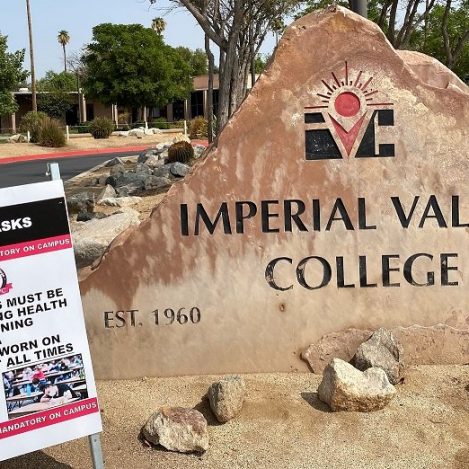