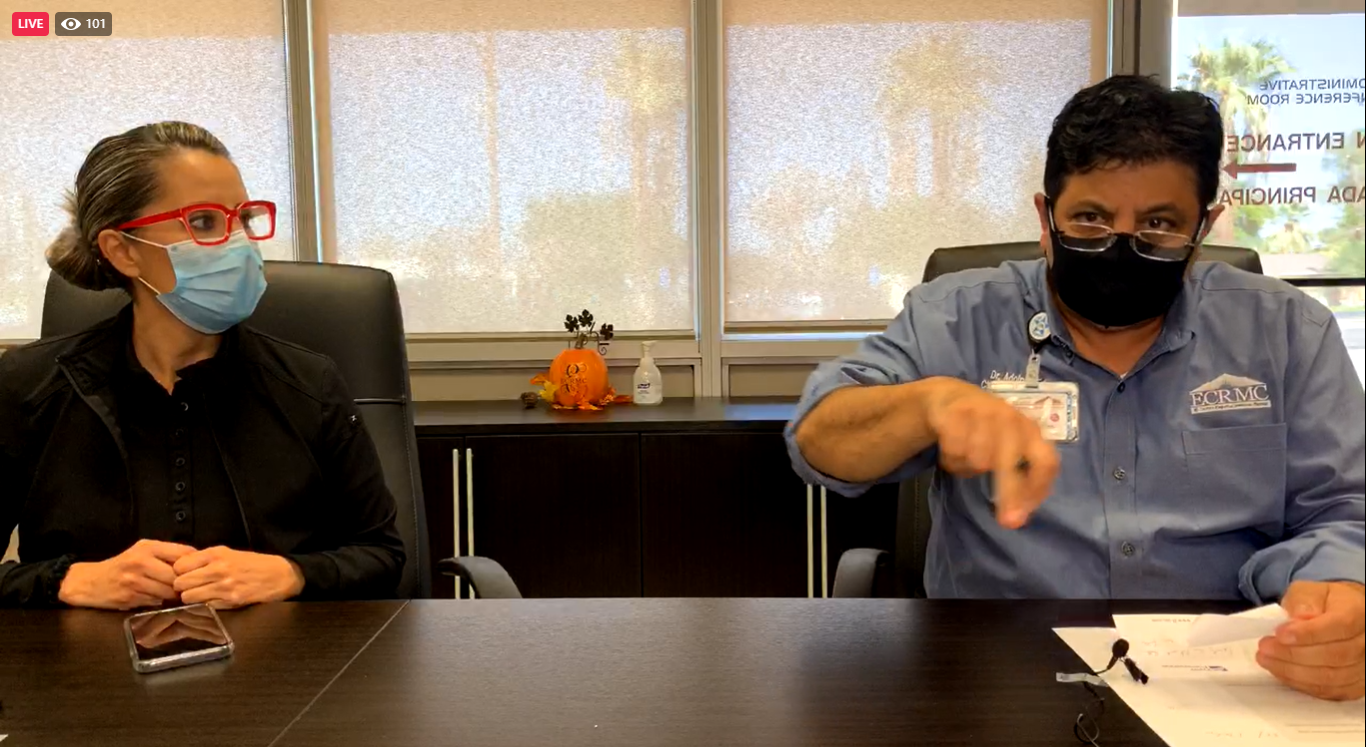 Although nothing near the levels seen in late June and early July, the Imperial Valley is experiencing a second, and possibly a third surge of serious cases of novel coronavirus, according to medical officials.

At El Centro Regional Medical Center, the number of COVID-positive patients admitted to the hospital has increased significantly, more than doubling in the past several weeks. As of the afternoon of Oct. 19, there were 31 COVID-positive patients in the hospital, with 18 of them on ventilators, ECRMC Chief Executive Officer Adolphe Edward said during his first Facebook Live COVID update in some weeks.

“That’s a very fast rapid increase, but we were anticipating that we were going to see a rise in the numbers,” he said.

Edward added the Oct. 19 tally is up from an earlier patient census of 11 COVID-positive patients, although he did not specifically say from what day that was. The number of COVID patients at ECRMC has been on the rise for some weeks, hospital Chief Strategy Officer Cathy Kennerson said, and the hospital’s own data show the numbers have been in the 20s for much of October.

Edward said ECRMC is experiencing a second wave and “maybe a third one, as Dr. Fauci said and many others (have said). It is here now.”

The numbers of COVID patients at Pioneers Memorial Hospital aren’t quite as dramatic, but Dr. George Fareed, a hospitalist at PMH and director of the Pioneers Health Center, said Oct. 19 “we are in a second wave,” and he is seeing increased numbers in both the inpatient and outpatient settings.

Fareed, who attended to patients admitted to the hospital over the weekend, said he saw several that were in serious condition, and there has been an “uptick in cases in the very serious ones,” he said, or those who are COVID-positive and have had pneumonia set into their lungs.

El Centro Regional is seeing most of the action, yet in spite of increased ICU numbers, Edward doesn’t anticipate there will be the need to expand the ICU beyond its current capacity of 30 beds.

As far as transfers out of the local hospitals, which was a major issue for the county at the height of the first wave in July, Edward said the hospital is experiencing nothing out of the ordinary; there have been about one to two transfers a week.

“We have a lot of capacity here in the hospital and in the Valley,” he said.

Meanwhile, county Public Health Department officials did not immediately make themselves available for comment on the recent surge in COVID cases locally.

According to the Imperial County Public Health COVID Surveillance Dashboard, there hasn’t been any drastic increases in either hospital or ICU census numbers, but there has been a steady yet slight increase happening through the month of October.

Imperial County was up to 335 deaths from COVID as of Oct. 19, with 12,475 total positive cases. Some 286 cases are considered active now and 11,854 are considered recovered, according to the dashboard.

Both positive cases of COVID and hospitalizations are up around the country in recent weeks, according to national media reports, and a weekend piece in the New York Times attributed this second (or third) wave in cases directly to “pandemic fatigue,” or the population tiring of wearing masks, staying home, and adhering to state and local health orders.

Locally, Edward believes the rise in cases is preventable.

“I don’t really know the details why the numbers are rising … (but) I think a lot of people have let their guard down,” he said, adding Imperial Valley residents can be seen either not wearing masks or wearing them incorrectly, such as under the nose, and people and places of business are not being as vigilant about sanitizing.

“It’s a mix of everything,” Edward said.

Fareed, who has been an outspoken advocate for early COVID treatment through the use of a hydroxychloroquine cocktail that has divided the medical community, thinks ECRMC has been hit harder with COVID patients because Pioneers has been more open to the controversial HCQ protocol in its outpatient clinic cases, thanks to Fareed.

Edward made a vague reference to the hospital only using treatment protocols in line with conventional practices and the U.S. Centers for Disease Control during the Facebook Live update Oct. 19. The statement seemed like a veiled reference to the HCQ protocol that Fareed, Dr. Brian Tyson, Dr. Tien Vo, Dr. Lorenzo Suarez, and several others in the Valley are still using in certain instances for early treatment of the illness. 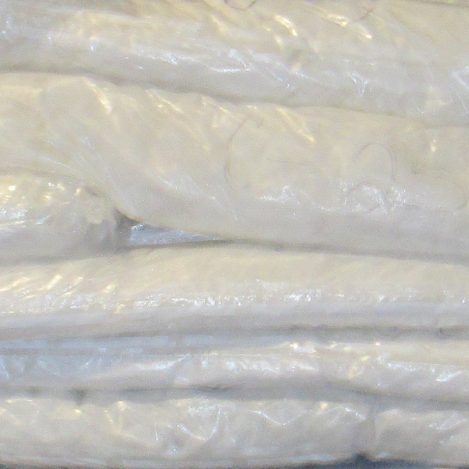