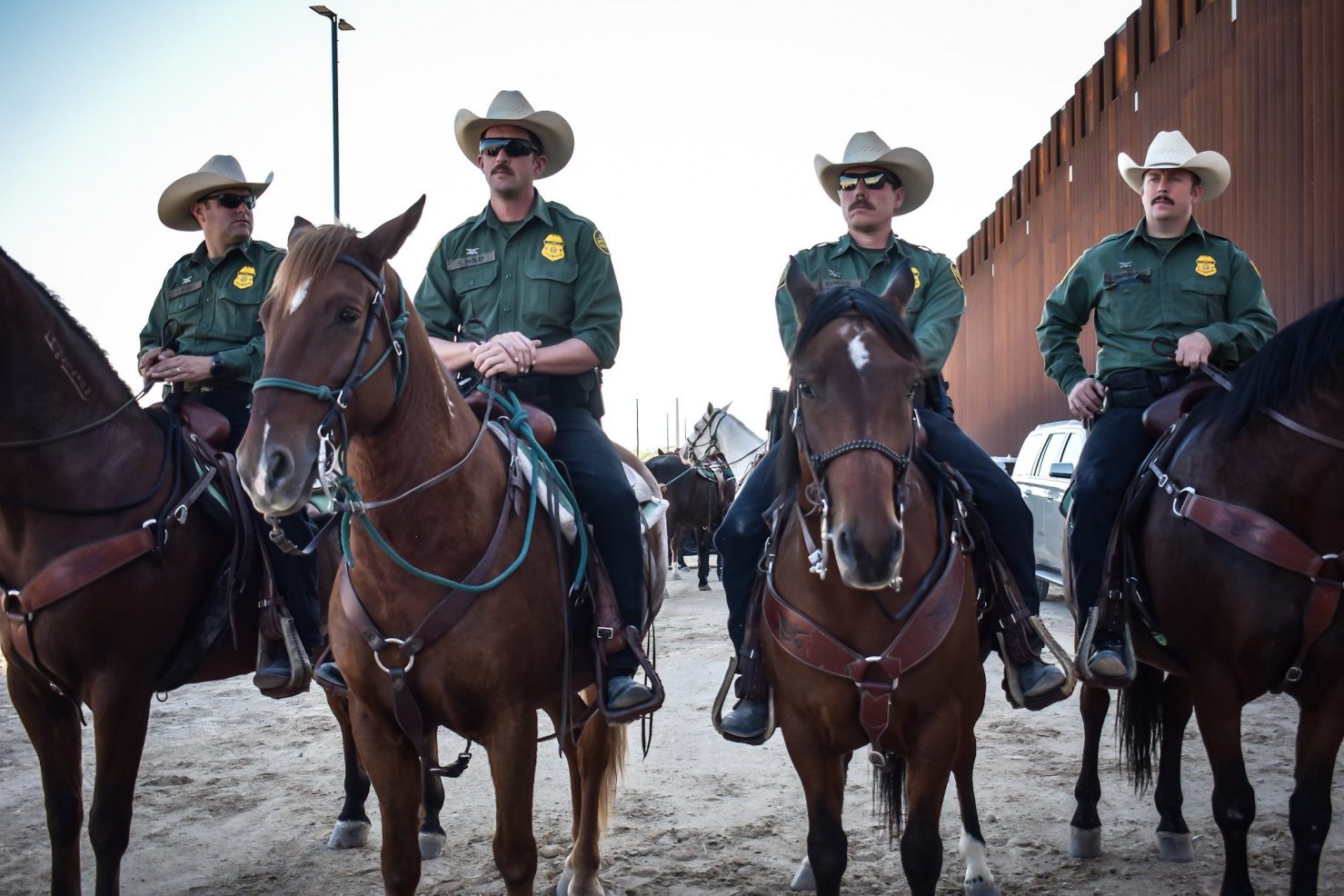 Members of the U.S. Border Patrol El Centro Sector’s horse patrol unit gather on the U.S. side of the border barrier east of Mount Signal outside Calexico on Oct. 19 at the start of a “mirror patrol.” Mirror patrols involve simultaneous law enforcement operations between U.S. authorities and their Mexican counterparts to curtail illicit activity on the border. Border Patrol and Mexicali officials gathered at the border fence to speak to the media about the patrols. | CORISSA IBARRA PHOTO
Home
Featured Stories
In Featured StoriesLocal News

CALEXICO – A strong working relationship between Border Patrol and Mexicali-based law enforcement officials was credited with the successful recovery of narcotics on both sides of the border the morning of Oct. 19.

The narcotic seizure came during a mirror patrol, which simultaneously deploys agents and their Mexican counterparts for roving operations along their respective sides of the border barrier in response to increased illegal activity.

“We work toward common goals here on the border,” El Centro Sector Chief Agent Gregory Bovino said following the Oct. 19 patrol. “It’s all about working together and improving those lines of communication.”

The cross-border collaboration plays an important role in helping to combat the transnational criminal organizations that operate in the region and is dependent on shared interests and open lines of communication, Pilar said.

“For many years we didn’t maintain a solid and strong relationship like the one we have today,” she said.

On the Mexicali side, the mirror patrols are credited with 95 instances where authorities were able to recover materials related to illegal activity, such as narcotics, as well as ladders that are used to illegally cross over the border barrier, Pilar said.

The mirror patrol conducted Oct. 19 east of Mount Signal was represented on the Mexicali side by multiple marked municipal police vehicles and two motorcycles.

“At the end of the day, the most important thing for us and for them is the security of our respective residents,” she said, referring to the Border Patrol.

The joint operations typically will last about two hours, at a minimum, or up to 10 hours on some occasions, Supervisory Agent Jorge Rivera-Navarro said.

The mirror patrols are typically deployed in direct response to areas of concern that Border Patrol and its partners have identified as experiencing heightened illicit activity.

“If we start seeing an increase (in illegal cross-border activity) in downtown Calexico, then we work some mirror patrols in that area,” Rivera-Navarro said.

The area abutting Mount Signal and chosen as the setting for the Oct. 19 mirror patrol was once considered a hot spot for illicit cross-border activity, Border Patrol officials said.

That area has since experienced a downturn in such activity following the completion of a 15-mile, 30-foot tall border barrier. The new barrier replaced the low vehicle barrier that had previously helped deter incursions and the movement of contraband from Mexico into the United States, but which was ineffective in preventing foot traffic.

To date, 30 miles of new barrier has been installed along the 70-mile stretch of international border that falls within the El Centro Sector’s area of responsibility.

The new barriers are also credited with a 16 percent reduction last fiscal year in the number of immigrants apprehended for crossing illegally into the U.S.

“We think next year we’ll see an even greater decrease in traffic,” Bovino said. 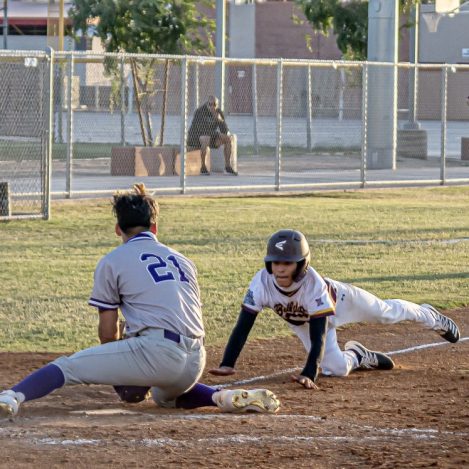