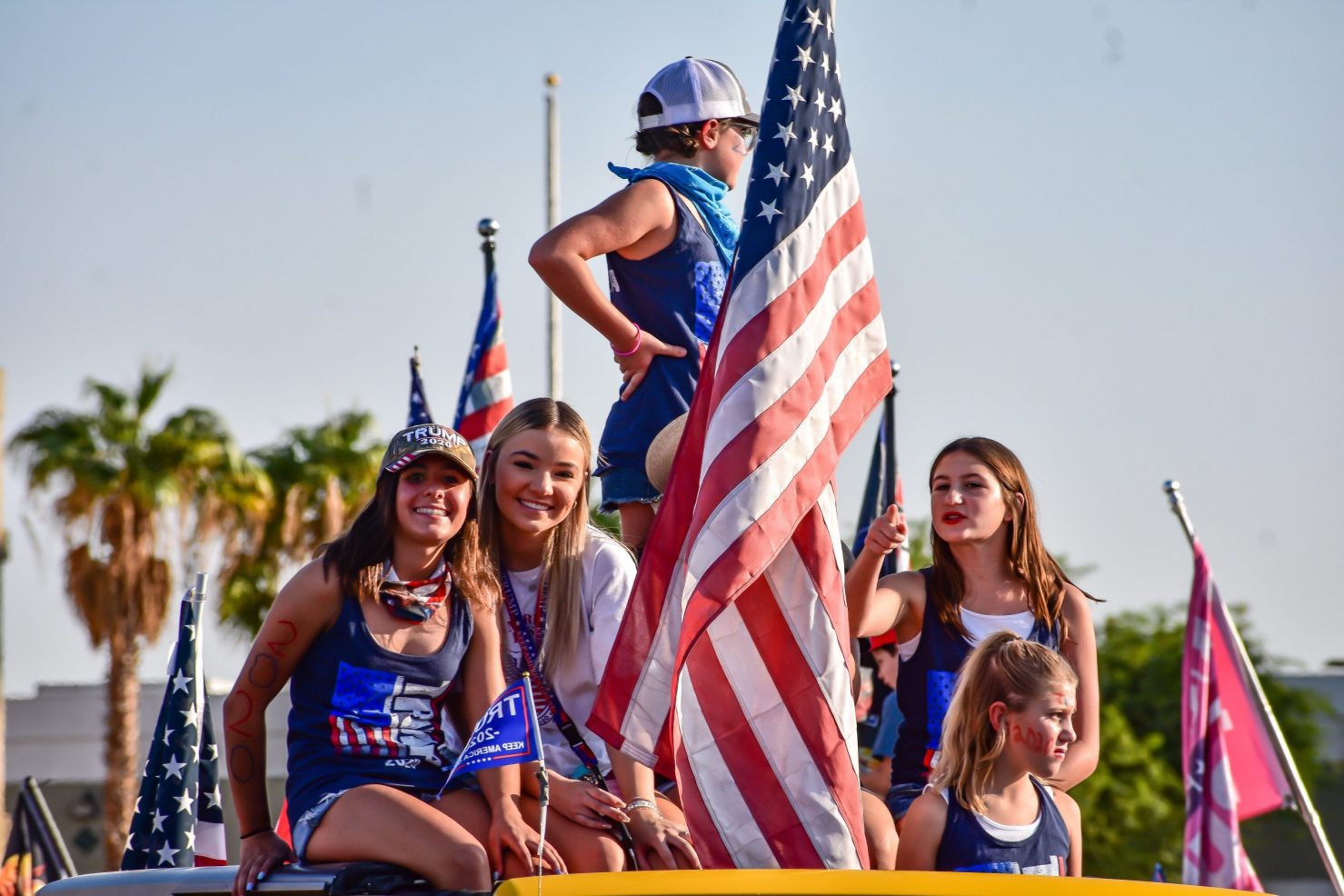 A group of teenage girls dressed in red, white, and blue President Donald Trump T-shirts and tank tops gather around an American flag in the back of a pickup in the parking lot of the former Lucky supermarket in El Centro on Oct. 17 waiting for the vehicle caravan supporting the president to begin. Hundreds of vehicles took to the streets during the afternoon and early evening to support Trump on his re-election bid. | CORISSA IBARRA PHOTO
Home
Local News
In Local News

On a sunny Saturday afternoon, Oct. 17, in El Centro, hundreds of vehicles decked out in red, white and blue, and emblazoned with pro-President Donald Trump flags and signs, gathered in the parking lot of the former Lucky supermarket on Fourth Street and Wake Avenue in El Centro.

Just before the sun began to set, the motorists took to the streets of the city, driving along main thoroughfares and in residential neighborhoods honking their horns and yelling in support of the president, and his re-election bid on Nov. 3. The vehicle caravan lasted for a couple hours.

While smaller in numbers comparatively, there was a noticeable anti-Trump contingent who showed up to the rally with Black Lives Matter signs and T-shirts, and signs blasting Trump and U.S. Immigration and Customs Enforcement, among other slogans.

Supporters on both sides could be heard yelling at each other at times. However, the protest was described as peaceful, according to El Centro police Cmdr. Ray Bonillas.

Bonillas stated through email the morning of Oct. 19 that police estimate there were about 300 vehicles in attendance and more than 900 participants. He added police supervision during the event was minimal and no enforcement efforts were needed.

Similar rallies occurred Oct. 17 and throughout the weekend around the nation. 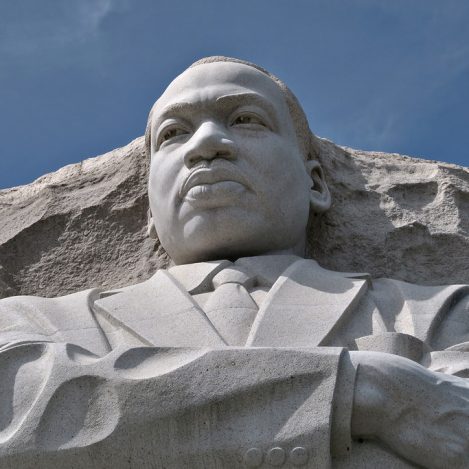