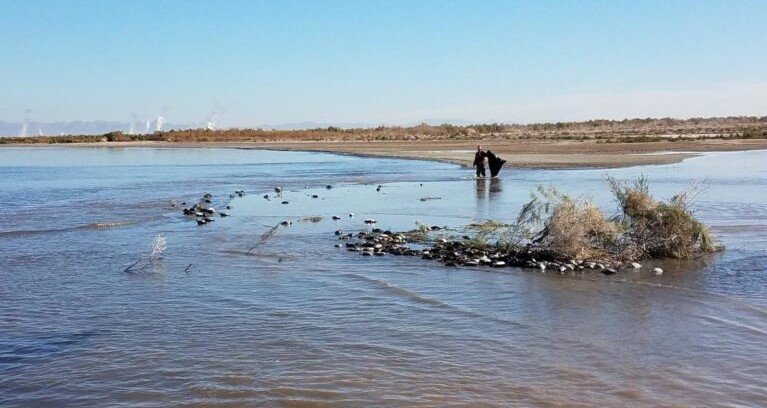 The state is on track to begin construction in fall 2020 on the first major Salton Sea Management Project, the 3,770-acre Species Conservation Habitat project at the southern end of the sea along the New River. Shown is a bird die-off at Bruchard Bay, an area west of the New River at the sea. | COURTESY PHOTO
Home
Local News
In Local News

A conservation project at the Salton Sea that is meant to produce habitat for fish and birds is producing something else: excessive airborne dust.

On Oct. 13, the Imperial County Air Pollution Control District issued notices of violation to the California Department of Water Resources, California Natural Resources Agency and U.S. Fish and Wildlife Services for “failure to implement adequate dust control on the Salton Sea playa on the Species Conservation Habitat project site near Westmorland,” according to a press release from the air pollution control district.

The Imperial Irrigation District and U.S. Bureau of Land Management were also issued notices because they are landowners of the project site.

The Species Conservation Habitat Project, located along the New River on the southern end of the Salton Sea, will create a series of ponds to serve as fish and bird habitat. It is also meant to reduce airborne dust from exposed playa caused by the receding Salton Sea. However, since July, the site has produced excessive airborne dust multiple times, violating the air pollution district rules and “threatening public health and safety,” according to the press release.

“Although progress has been made in assessing ways to reduce airborne dust from the playa and developing projects that reduce dust, real progress on protecting public health will only occur if those responsible for controlling airborne dust on the playa follow through on their commitments and adhere to the requirements of ICAPCD’s rules,” according to the press release from the air pollution control district. “With the issuance of these (Notices of Violation), ICAPCD is taking the necessary steps to protect human health and the environment.”

The Air Pollution Control District is committed to working with the agencies violating the air-quality rules to bring them into compliance as soon as possible, according to the press release.

The agencies are required to contact the district and respond to the violations, Katie Burnworth, special projects coordinator at the district, said during the Oct. 13 Board of Supervisors meeting. That could include associated fines for failure to manage the airborne dust.

Additional violations were issued to the federal agencies for failure to comply with the conformity provisions of the Federal Clean Air Act and local district rule 925.

The Imperial County APCD issued a similar notice of violation in June, when the district went after the U.S. Fish and Wildlife Service for failure to implement adequate dust control on the Salton Sea playa on the Red Hill Bay Project near Calipatria, and site landowner, Imperial Irrigation District. 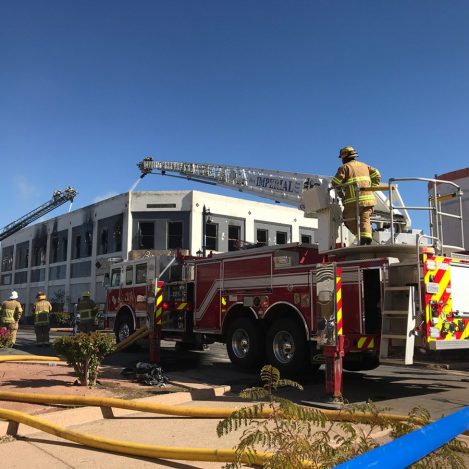