Imperial Irrigation Board of Directors, Division 4

Reasons for running and top issues: IID is the largest irrigation district in the nation and the third largest public power provider in the state. It was formed in 1911 by a vote of the people and chartered by the Legislature to protect the water rights of the Imperial Valley.

Today those water rights are under attack, and not just from outside the Imperial Valley but from within it. Agricultural landowners who use over 97 percent of the water IID delivers are challenging its ability to serve new business and industrial water customers, except through them, because they believe that they own the water and they found a local judge who agreed with them.

I voted with the rest of the IID board to appeal that judge’s decision, because it is such a serious threat to economic development and job-creation in a part of the state that has never had enough jobs to go around for the people who here, and because I believe that water is a public resource that belongs to all of us, not just some of us.

I have used my vote and my voice as an IID board member to advance the cause of the greater Imperial Valley, because our water and energy resources should be put to work for the public good, and with a public purpose. I have voted to keep IID power bills among the lowest in California, and in 2019, during my year as IID board president, the district began to receive energy from the country’s first-ever community solar project, which is already lowering the energy rates of IID’s most vulnerable ratepayers. I believe in the IID as a force for good in the communities that it serves, and in the broader, better community of the future that we are trying to build. For all of us.

Political experience: Politically active over the past 30 years in city commissions and community advocating.

Reasons for running and top issues: I, Javier Gonzalez, candidate for IID Division 4 believe the position of the Imperial Irrigation District is no longer about just keeping the lights on and the water flowing, I believe the position now entails rolling up our sleeves and using our political power and be actively involved in all aspects of our community. Leading in grassroots initiatives and taking an active participation at all levels to help make sure that the communities we serve become safer, healthier, and more eco-friendly places to live, play and grow should be a responsibility of all elected representatives. This cannot be achieved if elected representatives do not take a true leadership role in grassroots initiatives and actively lead at all levels working hand in hand with the people they serve.

But of course, this position is about IID, a public utility agency. With a century of service, IID has many projects, agreement and issues that will need my attention, for that I will use my extensive education and experience in the area of public affairs. We will study the issues, research all sides, and seek advice from experts and my constituents through community chats. I am one of the most decorated community citizens and university student leaders. And I am one of two student and persons to have ever won a major research competition with a New River and Salton Sea study.

We know the beginning of IID. We know about pioneers like Fritz Kloke, our first Calexico IID representative. Or Charles Rockwood, an IID Calexico engineer. But we also know they didn’t just attend IID meetings like the incumbent today, they were also community leaders very involved in all aspects of building a better community, a better Calexico and a better Imperial Valley! That is what my campaign is all about “Active Representation!” 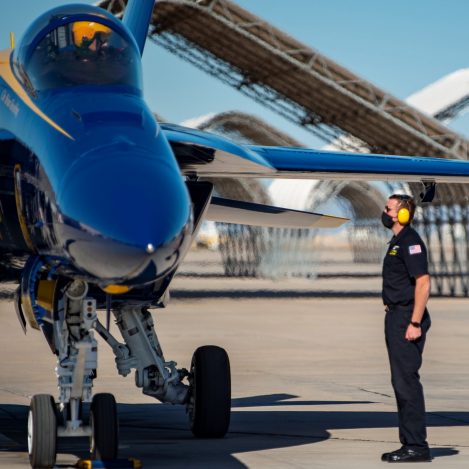 Blues’ ‘Louder, Bigger’ Rides to Run Through Their Paces in Valley