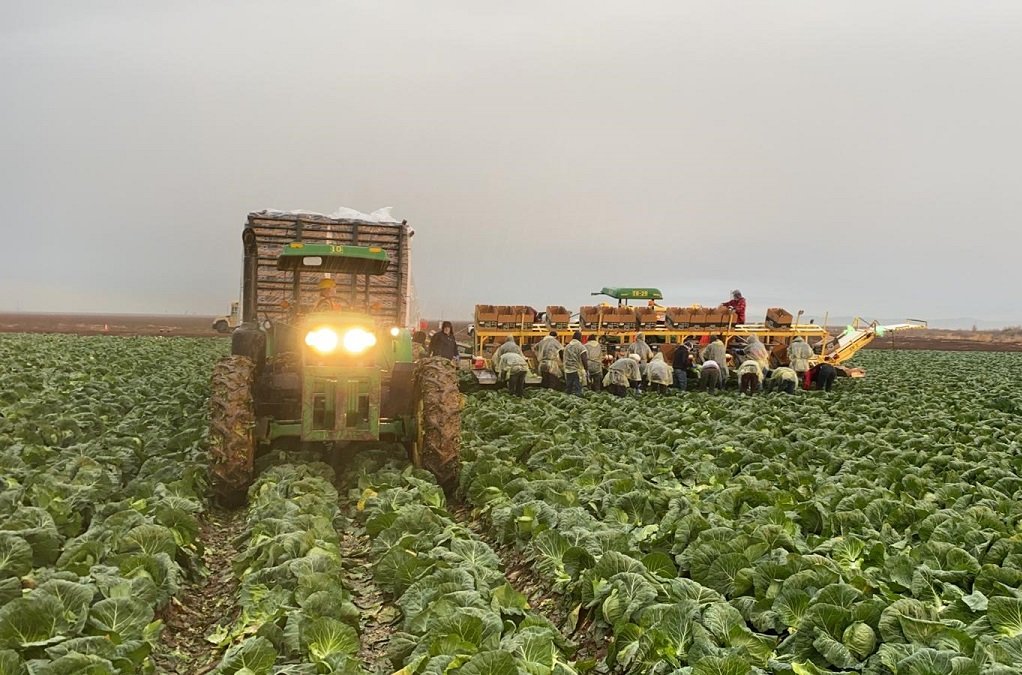 Imperial Ag Value Down in 2019; COVID Effect Won’t Be Seen for a Year

IMPERIAL COUNTY — Some growers are heading back into the fields for the winter vegetable crops, but it’s with caution due to factors like product demand during the coronavirus pandemic.

“Hopefully, with the seeds we’re planting now, there’s enough demand out there to consume it,” said Holtville-area farmer Jack Vessey with Vessey and Co. “We just don’t know.”

Everything was looking great until mid-March, he explained. Once restaurants and schools started closing due to COVID-19, the demand for locally grown vegetables dropped with it.

“We left a lot of crops in the field,” Vessey said, estimating that around 10 to 15 percent of the overall season was left in the fields due to a drop in demand.

As the growing season approaches, a lot of producers are adjusting the number of acres they plan to plant downward.

That reduction in acres is something that is bound to show up in the 2020 Agriculture Commissioner’s report due around this time next year, just like fewer acres planted and a decrease in price had an impact on the 2019 Imperial County Agricultural Crop and Livestock Report, which was presented to the county Board of Supervisors during its meeting Oct. 6.

Outside factors like trade talks with China and Mexico — big news in 2019 — didn’t appear to have a significant impact on Imperial County’s agriculture during that period.

The information shown in the latest Agricultural Commissioner’s report shows even with some renegotiations taking place in the U.S.-Mexico-Canada trade agreement during 2019, trade didn’t slow between Imperial County and Mexico. In fact, Agriculture Commissioner Carlos Ortiz said export certificates showed a 5 percent increase in 2019.

Export certificates to Canada decreased slightly, he added, but the county attributes that to some procedural changes and cost-cutting measures for exporters.

The county issued more than 20,000 federal export certificates to 85 countries, Ortiz told the county board. Nearly all of those certificates, 92.7 percent, were issued to seven countries: Japan, Mexico, Korea, Canada, Taiwan, China, and the United Arab Emirates.

About 41 percent of those shipment certificates were issued to Japan and 32 percent were to Mexico, he said.

Even with the drop, vegetables and melon crops had the highest value at $799 million, followed by livestock at $522 million and field crops at $498 million.

Cattle again ranked as the No. 1 commodity in the county for the 62nd year in a row, with a gross value of $449 million, Ortiz said. Alfalfa, leaf lettuce, broccoli and head lettuce followed as top commodities, according to the report.

California Rolled Out Websites, Apps to Fight COVID-19 — Did They Work?

“The decrease was mainly due to a decrease in harvested acres as well as some field, vegetable and livestock prices,” he wrote in the report. “Vegetables such as leaf lettuce, cabbage, romaine lettuce and spinach saw a significant decrease in price.

While there were no indicators of COVID-19 having an impact on the 2019 report, the pandemic has shown just how essential agriculture is for everyone. “Why is agriculture essential?” Ortiz asked. “Because it produces the food that we eat. So I would like to recommend to everyone in the room and everyone who’s listening, before the day’s ends, call someone from the ag industry, call a grower, call a farmworker, an irrigator, a pest control adviser, a pilot, anyone you know, and thank them for what they do.”