As Calexico High School prepares for a mid-December start to its “fall” sports season, it will do so with a new varsity football coach leading the way in Fernando Solano.

Solano, who is in his fourth year as a special education algebra and geometry teacher at Calexico High, was officially named as the new head coach following a late September meeting of the Calexico Unified School District board.

With COVID-19 shortening the end of the last school year and forcing local school districts to meet virtually so far this year, things such as student athletics became backburner concerns in many ways.

New Calexico High School Athletic Director Mariano Velez III said finding a new head football coach after the retirement of John Tyree was a process that was affected by coronavirus in both scope and length.

“As you know, good coaches are really hard to come by,” Velez said. He added with the search shortened and without the ability to cast a net outside Imperial County, the district started to search internally.

It just so happens, Velez said, an ideal and very experienced candidate was already in the fold.

The 41-year-old Solano was both a college football player and an experienced high school football coach, having worked at the junior varsity and varsity levels. He was taking a break from the grind for a few years while he finished his master’s degree.

Having completed his M.A. in special education from Northern Arizona University in 2016 and moving from San Luis, Ariz., to Yuma recently, Solano decided it was time to return to coaching full-time.

(Solano has lived in Arizona the entire time he’s worked in Calexico. His wife teaches in Somerton, Ariz., and his two sons, 5 and 8, and two daughters, 12 and 13, attend Yuma-area schools.)

Solano knows he has big shoes to fill stepping in for retired coaching legend Tyree, who at 81 years old left after four seasons helming the Bulldogs. He finished the 2019 campaign with a record of 2-8 overall and 0-5 in league.

To his credit, Solano brings an impressive pedigree of his own.

A scholarship linebacker at Arizona Western College, Solano played with the Matadors in the 1998 Empire State Bowl before moving on to the University of La Verne, where he played for NCAA Division III Leopards on defense.

Solano graduated from La Verne in 2002 with a bachelor’s in history.

He began his coaching career almost right away, working on staffs at various levels at Cibola, San Luis and Kofa high schools, all in Arizona.

“I spent the last four or five years at Cibola (as head junior varsity coach) before coming to Calexico (in 2016/2017),” Solano said.

On the offensive side of the ball, Solano said the Bulldogs will be committed to the run, both to set a hard-nosed tone but also to keep their opponents off balance and to open up the passing game.

“I believe in an attacking-style defense where we have 11 players running to the football relentlessly,” said the former linebacker. “Really stopping the run.”

Although any contact on the football field is going to hinge on the approval of the Imperial County Public Health Department, school officials are still moving forward as if fall sports will be able to resume Dec. 12, Velez said.

The AD, and other school personnel, are ready to get back into action.

“I’m excited. … I don’t think I’ve been this excited about a football program in a long time,” Velez said, adding students have been contacting him for weeks asking whether there will be a season and how it will unfold.

The school and district recently announced Solano’s appointment via Facebook and the district’s website earlier this week, with the first Zoom meeting between prospective players, parents, and staff to occur Oct. 9.

Coaches and students still cannot have any contact until mid-December, however, Velez said. He added the first actual game play likely won’t occur until after the first of the year.

Aurora High School Principal and longtime football announcer John Moreno is also looking forward to the return to the gridiron.

“On behalf of Bulldog Radio and (broadcast partner) Vic Carrillo, we’d like to welcome Coach Solano to Calexico Bulldog Football. Your success is our success and the Bulldog Faithful look forward to victories both on and off the field,” Moreno said recently.

Although resuming high school sports in Imperial County is still contingent on the approval of the Public Health Department, the California Interscholastic Federation’s San Diego Section, of which Imperial County is part, has set Dec. 12 as the start of the fall 2020 sports season. That will run through Feb. 26.

“That’s the first day we can hold practices for any sports-related activity, contingent on our health department giving clearance,” Velez said.

In a normal year, the winter sports season would be starting when 2020 fall sports get under way, so this year’s winter and spring sports will almost run concurrently, he added.

Winter sports will go from Feb. 22 to May 28 and include boys’ and girls’ basketball, soccer and wrestling, and spring sports will be from March 13 through June 4, and will include baseball, softball, co-ed swimming, co-ed track and field, and boys’ tennis, Velez said.

Previous
Imperial Ag Value Down in 2019; COVID Effect Won’t Be Seen for a Year 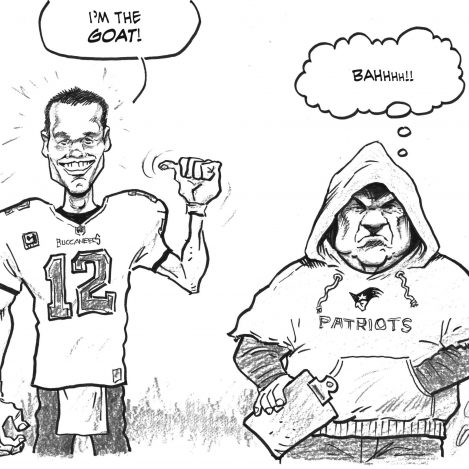