A Calexico man was killed and another Calexico man seriously injured when they were hit by an alleged drunken driver while they were working under the hood of a vehicle pulled over on Interstate 8, the California Highway Patrol reported.

An Imperial County coroner investigator report stated a 51-year-old “pedestrian” died from “blunt force trauma” when he and a second pedestrian identified as Gildardo A. Banuelos, age unavailable, were struck around 6:08 p.m. Sept. 29 by a man driving a car while suspected of being under the influence of alcohol, Highway Patrol Public Information Officer Jose Amezcua wrote in a press release.

Banuelos and the decedent were at the engine compartment of a 2016 Ford pickup pulled over to the right side of eastbound I-8, just east of Dogwood Road at the time of the accident, according to information from investigating Highway Patrol Officer J. Flores.

As they were apparently attending to the truck, a 2001 Honda being driven in the No. 2 (right) lane by Alfonso Valdez III, 34, of El Centro drifted toward the right shoulder of the road and “collided with the Ford’s driver-side door and then both pedestrians,” Amezcua wrote.

“The pedestrians were struck by the Honda and the deceased came to rest to the east of the Ford on the unimproved shoulder. Banuelos came to rest on the asphalt shoulder and the Honda came to rest in the center median in an easterly direction,” the release states.

El Centro police were the first on scene and followed by lead agency California Highway Patrol.

Eastbound Interstate 8 was closed for about 20 minutes while the collision was being investigated, according to Amezcua.

Valdez was also transported to El Centro Regional and was subsequently arrested for suspicion of driving under the influence, manslaughter and had a “no bail” warrant for his arrest.

This collision remains under investigation, according to the press release.

The California Highway Patrol reminds that stranded motorists should always take extra precautions to make sure they are safe, including: 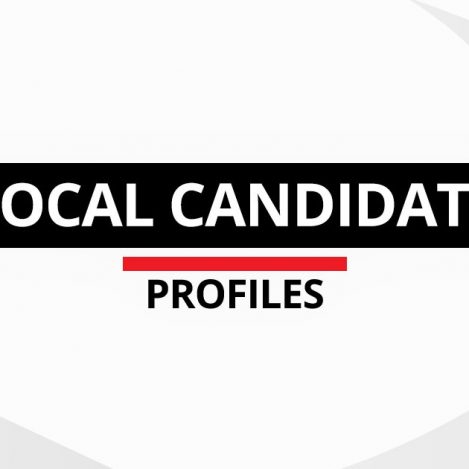