Murals memorializing homicide victims Raul Esparza (left photo) and Erasmo Christopher Torres (right photo) are shown on walls just a hundred feet away from each other near where each were thought to be killed a little more than a month apart during August and September 2019. It isn’t known if or how the cases are linked, but the woman accused of killing Esparza is the mother of Torres. | CORISSA IBARRA PHOTOS
Home
Local News
In Local News

Esparza Murder Trial Pushed Back to Sept. 30; No Word Yet on How Cases are Connected

There has been little movement in the local murder trial of Raul “Bubba” Esparza as court dates get continued or rescheduled for those allegedly involved in his 2019 killing, with the next preliminary hearing now set for Sept. 30 for suspects Rosita Deborah Torres and Daniel Alexander Munguia.

What makes the case particularly unique is what may yet prove to be a connection to the unsolved murder of Torres’ son, Christopher Erasmo Torres, who was shot and killed in almost the identical spot that prosecutors say Esparza was killed, and just several weeks apart. Twenty-four-year-old Chris Torres was killed Aug. 4, 2019.

El Centro police nor officials with the Imperial District Attorney’s Office have officially connected the cases, other than El Centro police acknowledging the familial relationship between Torres and her son.

Read an Aug. 28 Calexico Chronicle story asking how the cases could be connected and drawing parallels in the murders here.

The remains of the 30-year-old El Centro man were found burned beyond recognition in a trash-bin fire by El Centro fire crews around 7:10 a.m. that morning behind some businesses near the railroad tracks on the east side of El Centro in the 900 block of Second Street near East Hamilton Avenue.

No other details have been revealed in the case, but DA’s officials have stated more could be known during a preliminarily hearing for Torres and Munguia, if a judge needs more information to move forward with their trial.

So far, the investigation into Esparza’s death is considered active and ongoing even as it makes its way through the legal process, Assistant El Centro Police Chief Robert Sawyer has confirmed.

Meanwhile, some of the delays in the Esparza case appear to be due to Torres going through several attorneys early on after the public defender’s office declared a conflict of interest in representing her since the office is also defending Munguia, who was assigned his public defender first, Jason Amavisca.

Torres has been assigned attorney Stephen Honse, who during an online confirmation of counsel hearing Sept. 4 in the Brawley courtroom of Judge William Quan told Torres he intended to “finish out” the case.

At the request of Amavisca, Quan vacated all prior dates in the trial and set the combined trial readiness conference and preliminary hearing for Sept. 30 to give Honse a chance to become acquainted with the evidence.

As of Sept. 4, no new documents have been filed in the case aside from the initial charging document. 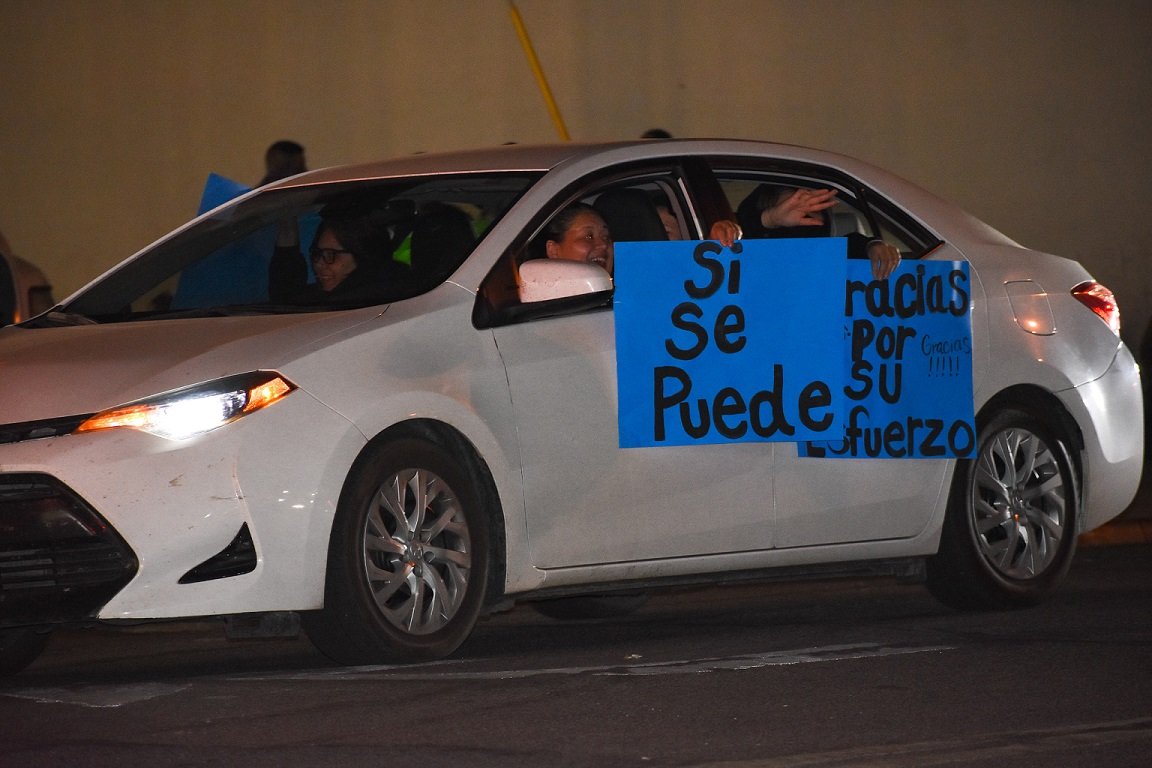 Dozens Turn Out for Drive-By Tribute to Farmworkers